Contrary to our usual handling, not benchmarking the productive areas with overclocked CPUs, as it is also rather unlikely in reality, this time we tested both Ryzen Threadripper both in factory state and overclocked. We were simply interested in how well this architecture could still scale with clock increases in different scenarios.

And since we want to stay fair, we have at least overclocked the Intel Core i9-7900X to its reasonable limits, because this comparison also has a certain charm. will also show up later in rendering, when both CPUs then skip the 250-watt mark with a gesture of ease and glow in the evening sky.

With Adobe's Creative Cloud, we use an exemplary benchmark that can well represent both single and multi-core performance. This test of a production application makes more sense than synthetic benchmarks. After Effects CC is the classic parade horse for parallelizable work, where core numbers go beyond clock. With InDesign CC, we can even see Intel's Skylake-X landing clearly off at the end, while the Core i7 7700K is ahead thanks to the high clock. But the Ryzen 7 are also faster than the Ryzen Threadripper, regardless of the beat.

A real but reproducible paradox is provided by the two Threadripper CPUs in Adobe's Illustrator CC, where the Ryzen Threadripper 1920X even clearly dominates the Core i7-7700K, while the larger 1950X marks the absolute final light in the test field. Again, the differences between the CPUs with factory clock or manual overclocking are rather marginal. 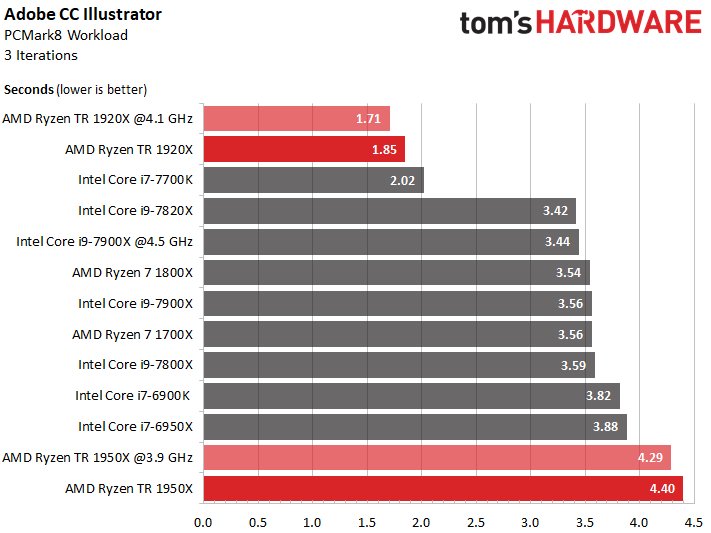 In our selected test with Handbrake, the Ryzen Threadrippers can play to their full potential, no matter what quality setting was chosen, because the CPUs are real crunchers. However, while the core i9-7900X can still move between the two Ryzen thread rippers in the normal settings… 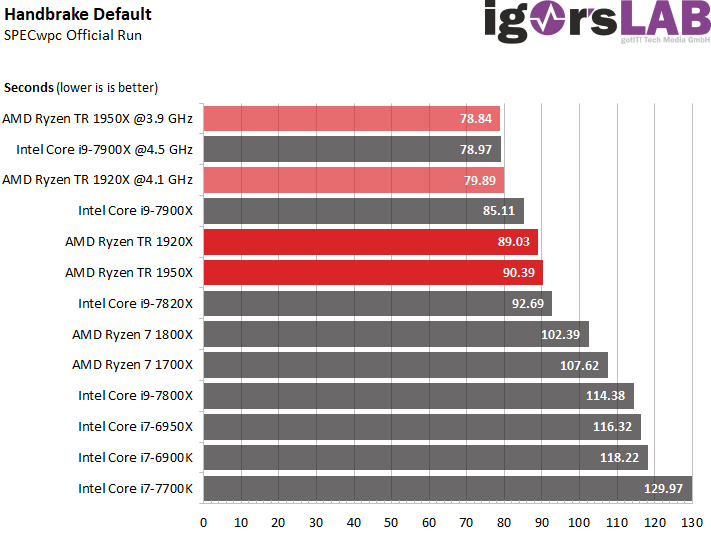 … this looks different with more elaborate high-quality setting. Here, the large Intel CPU no longer wins a flower pot if you don't overclock it vigorously beforehand. 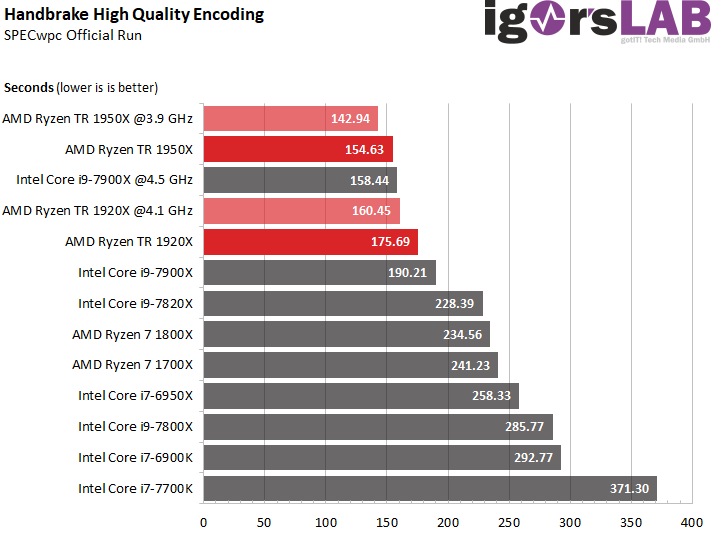 This feature is also used when compressing large files, where the two Ryzen thread ribs turn out to be true crunchers and can leave the Core i9-7900X behind, as long as there is no overclocking in play. 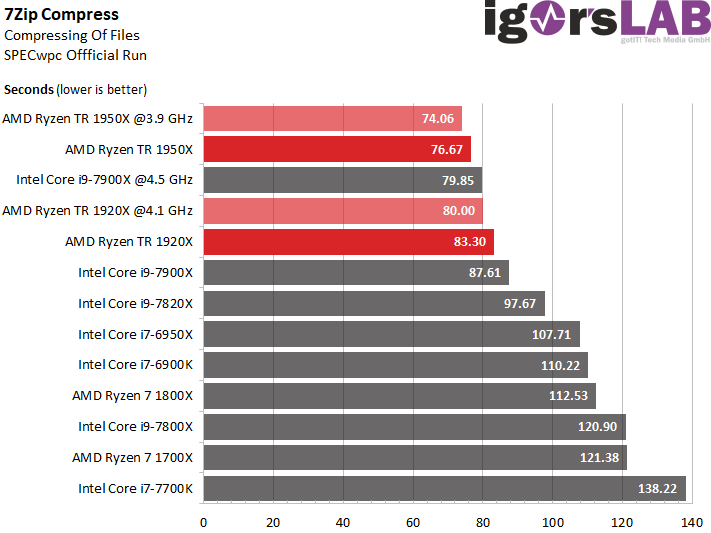 Only when decompressing, the Intel Core i7-7700K has an advantage due to the high clock speed. But unpacking is easier than packing. Nevertheless, the Ryzen Threadripper are also doing well and dominate Intel's Skylake-X as long as they are not overclocked. 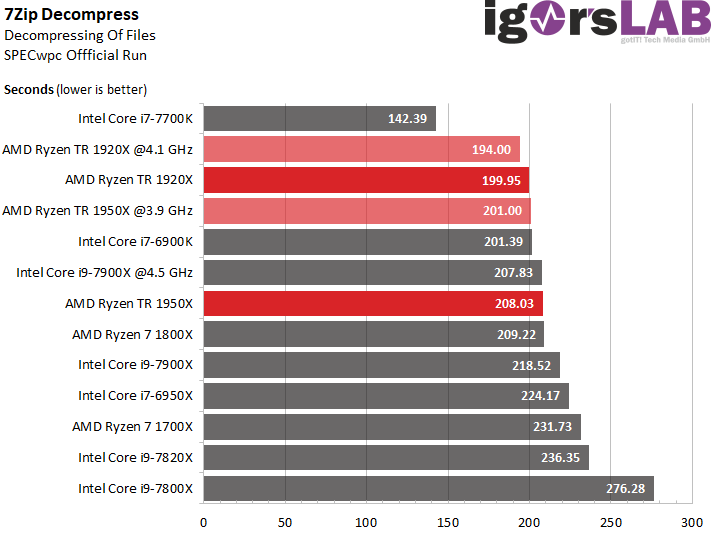