The stronger CPUs are not so far apart in the end, which may also be due to the fact that the graphics card already starts to limit easily. However, the Ryzen Threadripper 1920X cannot keep up with the bigger brother despite the higher clock and even has to beat the also overclocked Ryzen 7 1800X. 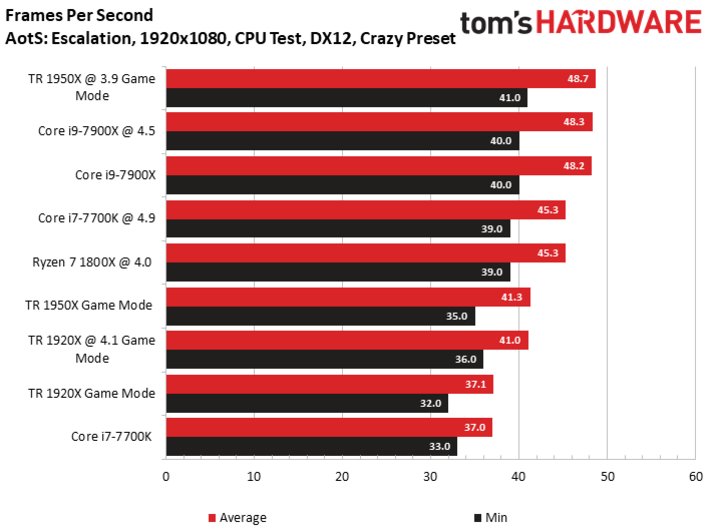 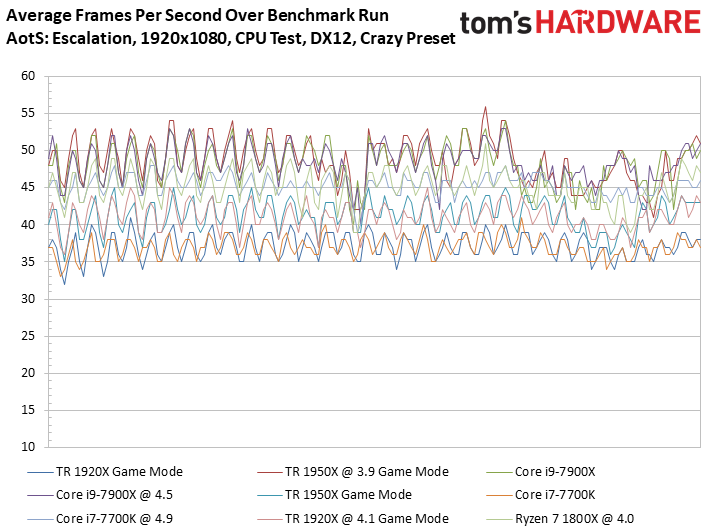