The AI test of Civilization VI is not a prime example of the Ryzen threadripper. Only the combination of overclocking and game mode (but only then) surpasses at least the Core i7-7820X.

In the VRMark you can find the hierachie between the Threadripper CPUs exactly as AMD probably intended with the game mode, but not only all tested Intel CPUs dominate very clearly, but also the Ryzen 7 1800X is overclocked on 4 GHz still a tick faster. 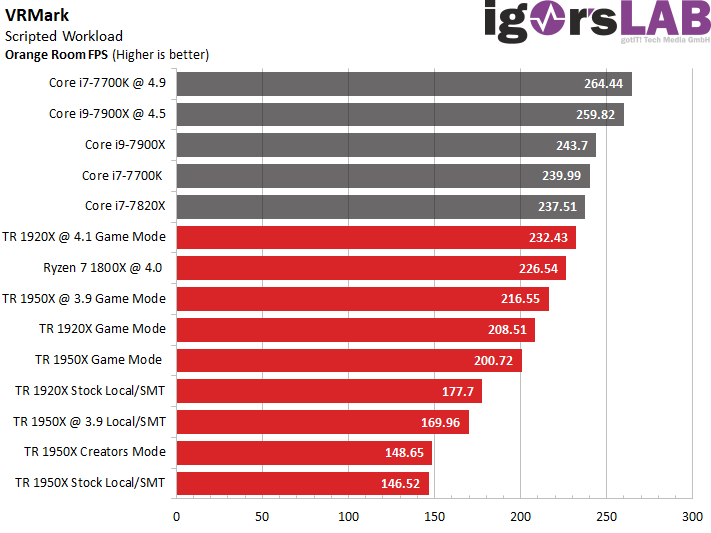 The 3DMark Time Spy is a nice example of how game mode fails terribly when it comes to very good core (and this) scaling tasks. Then Creators Mode is the first choice. Overall, however, the thread rippers make a good figure. 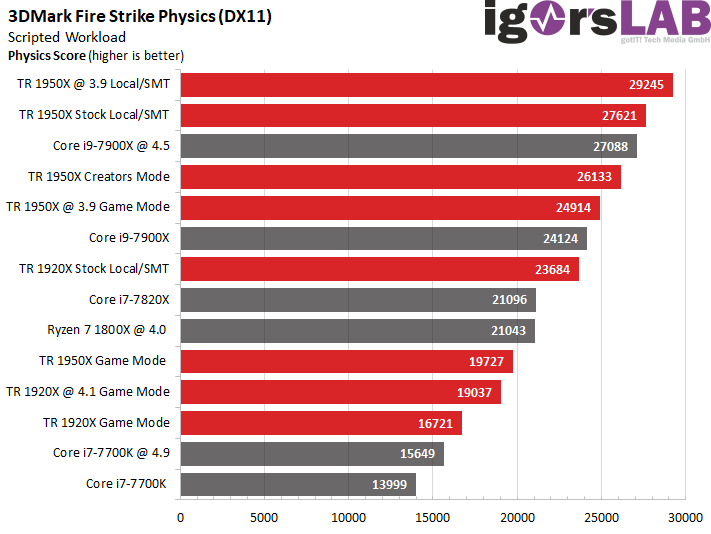 The CPU test in the 3DMark Time Spy (DirectX 12) results in an interesting picture, because the overclocked variant can only set itself off from the original Creators mode. For the Intel Core i9-7900X at 4.5 GHz, however, it's just enough. 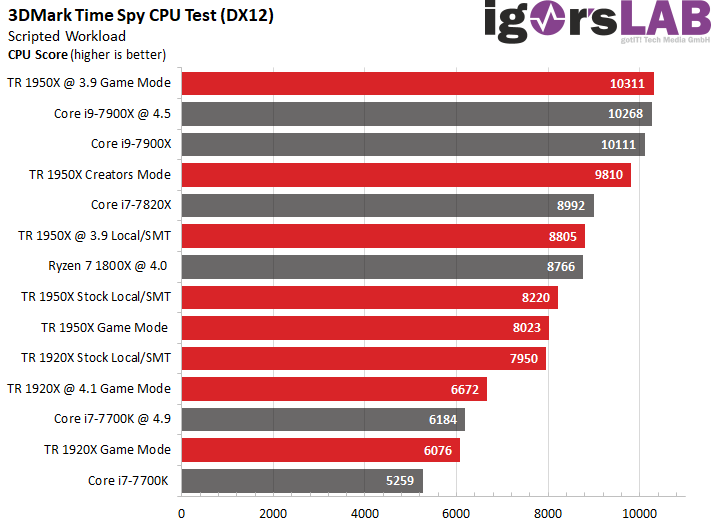 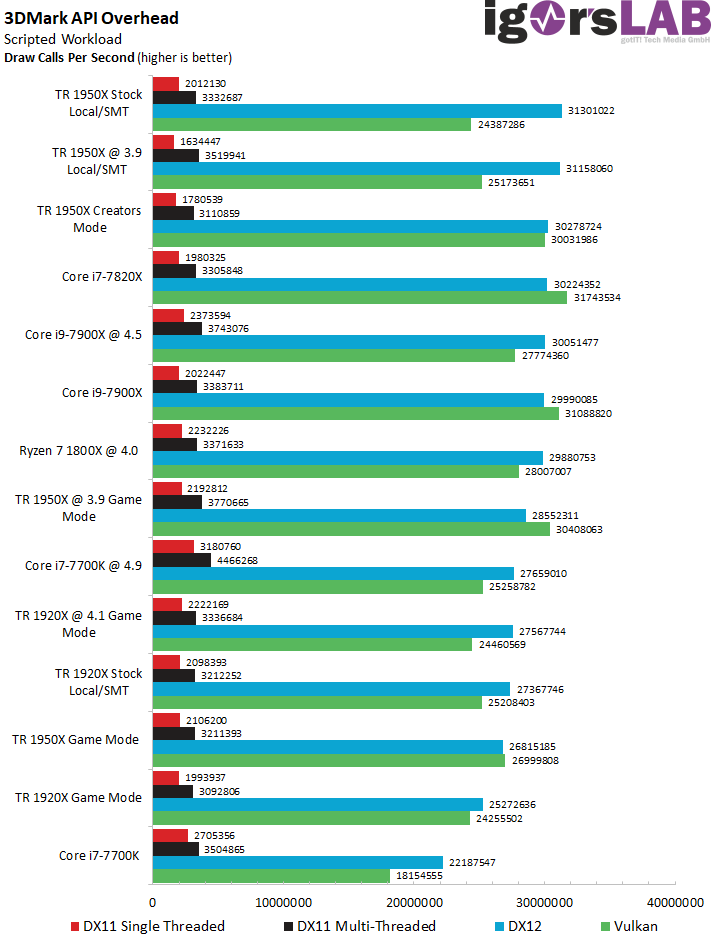