For these test series, we use benchmarks from the rather versatile SPECwpc suite for workstations, which rely on very different mathematical calculations, which on the one hand can be excellently parallelized and where at the same time it is also very often things like memory bandwidth, cache, and latency.

The Pre-Euler3D CFD (Computational Fluid Dynamics Benchmark) test is really impressive, so it's no surprise that both thread rippers perform so well. What is interesting is that the extra clock of the overclocked versions is not so extremely important here. 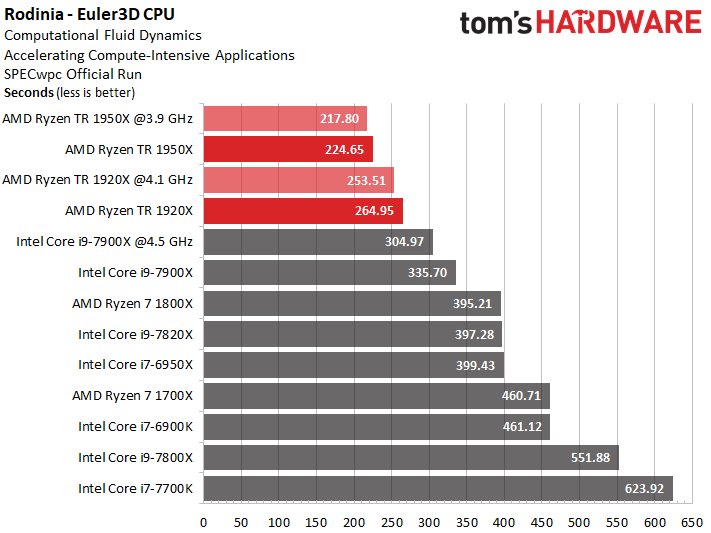 This is a benchmark for a sub-area of function analysis in which a new, third function is created as a product of two functions (convolution, folding). Here, the clock and the core count scale equally well. 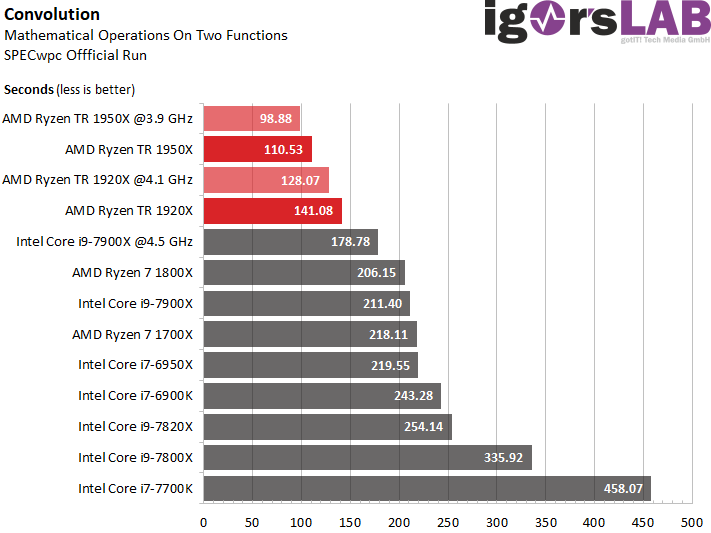 This benchmark is based on a free finite element program for three-dimensional structural calculations. While the 8-core Ryzen7 still lags behind Intel's new Skylake-X, at least the 1950X Ryzen Threadripper can barely pass the Intel flagship Core i9-7900X. 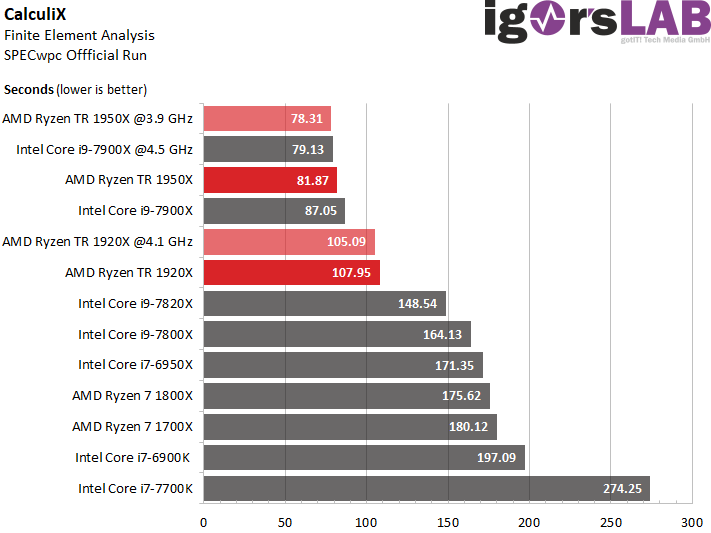 The Poisson equation is an elliptical, partial second-order differential equation that is used as part of boundary value problems in large parts of physics. The overclocked thread ripper can also not derive a (significant) advantage from the multiclock. The Intel Core i9 7900X remains the measure of all things in this test, especially since both thread rippers are only ahead of the other Core i9 due to their large number of cores. 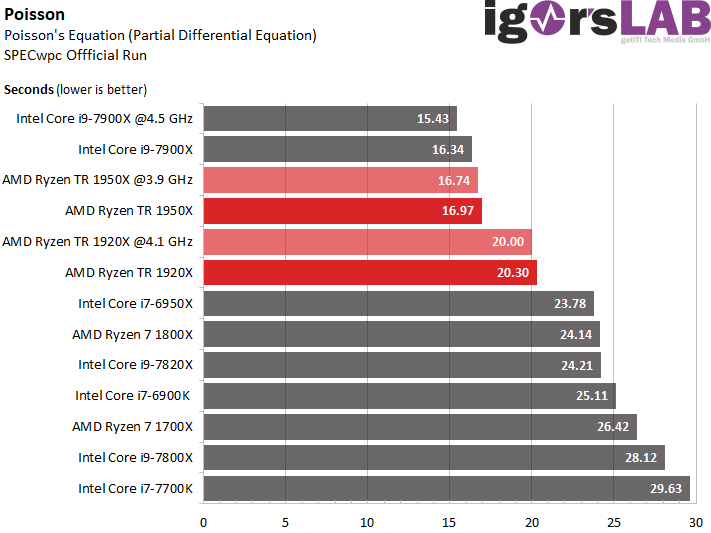 These are discrete energy minimization algorithms. The code isn't really in all AMD CPUs, but even here Threadripper can at least make up ground over the core count, which hasn't been enough with the Ryzen 7. 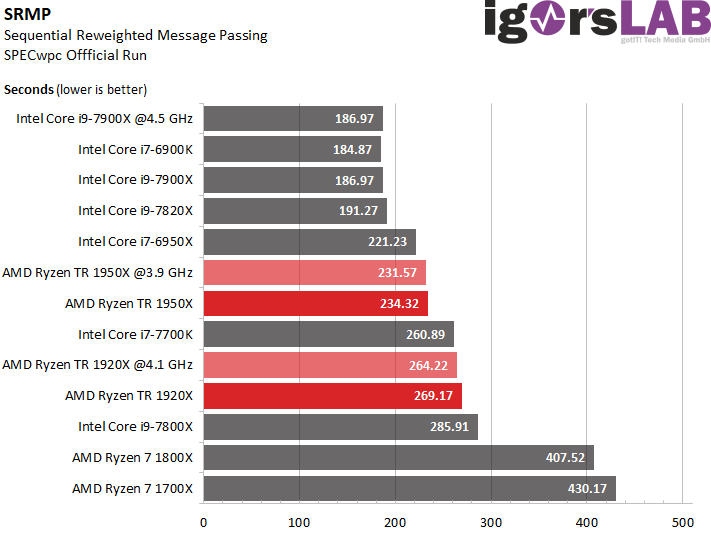 The subsurface structure in the earth can be determined by seismic processing. One of the four basic steps is the Kirchhoff migration to model an image from the existing data using mathematical operations. The benchmark used, including the included calculations, is very accommodating to both Ryzen Threadripper. 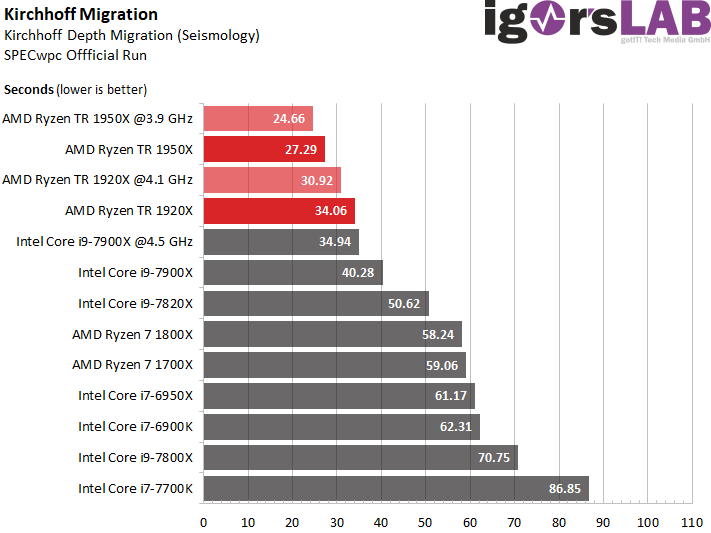 AMD's thread rippers are both good or very well suited for almost all applications, as long as the respective compilation does not throw sticks between the legs, such as. in the SRMP test. However, we are sure that more and more application programs will also take into account the peculiarities of the AMD Ryzen family and such outliers will become rarer over time. Real demand for computing power and the presence of well-parallelizable tasks are the ideal field of application for AMD's Threadripper; you can leave it that way.