Yes, so for a good read- time: The Ryzen Threadripper 1950X has a whopping 16 cores, respectively 32 threads, 2 TB addressable memory (which you could not even theoretically use in the absence of suitable 256 GB modules at the moment), as well as a base clock of 3.4 GHz. At first glance, the processor is very similar to the recently reproduced Intel Core i9-7960X, which is expected to cost around 1,500 euros.

However, AMD offers 20 PCI Express 3.0 lanes more for significantly less money for the Threadripper, because one currently expects market prices around 1000 euros after the introduction, tendency for later probably even a little lower. For frequent users of fast SSDs and multiple graphics cards, this is of course more than just a nice offer. 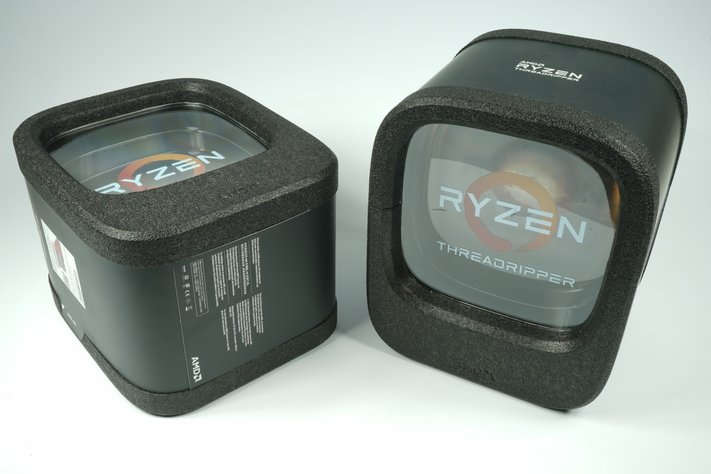 The Threadripper Ryzen 1920X still has 12 compute cores, allows 24 threads via SMT and has a base clock of 3.5 GHz. Thanks to Boost, both CPUs can all clock up to a maximum of 4 GHz and even a tick higher by means of XFR if the temperatures are right. AMD is also planning a smaller 8-core offshoot that resembles the Ryzen 7, but also relies on the X399 platform, whose massive PLinth SP3 (TR4) has 4094 pins and relies on the LGA (Large Grid Array) format. This eliminates the well-known pins on the SPU and instead relies on contact surfaces like Intel.

We have already described the details of the Ryzen architecture and all the special features in the launch article for the Ryzen 7 1800X in great detail, so we want to save ourselves a repeat after all the follow-ups to the Ryzen family. If you want to know more, you can read it again here and learn all about CCX, XFR and the SenseMI suite.

The advantage of the architecture is its scalability, as much we already know from the whole Ryzen articles and the possibility to vary the core number even within a Die. But there are also many possibilities in the other direction. AMD's CCX and Infinity Fabric also make it possible to connect several such these things almost seamlessly. If there are still four Theses on AMD's Epyc series server processors, Threadripper sets a total of two. If we look at the following diagram, we also see the mentioned seam. 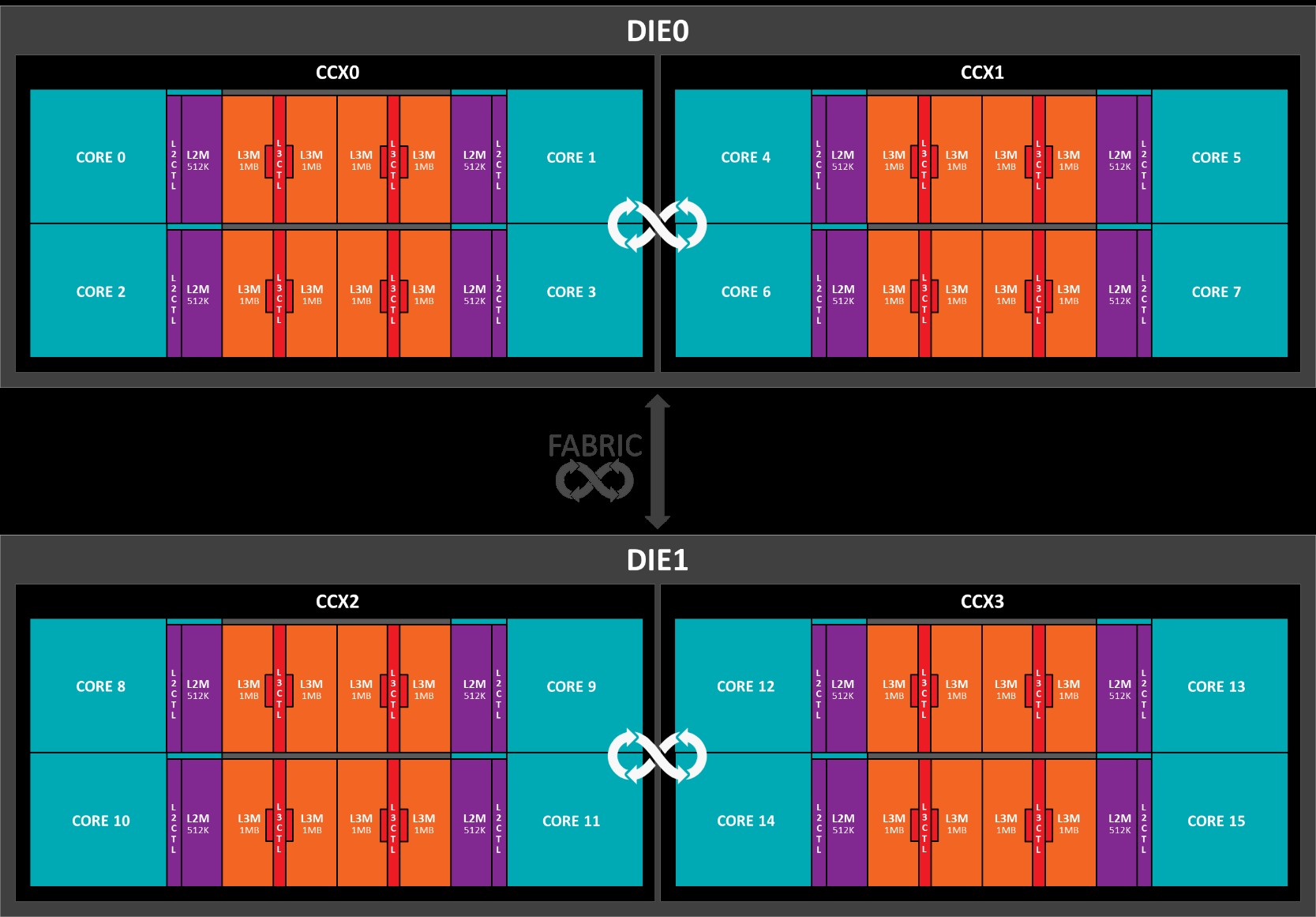 In the end, such a Ryzen Threadripper is almost nothing more than two Ryzen 7 with eight cores each in a common housing. The difference is the entire infrastructure, which also opens up many new possibilities with the X399 chipset. We have already spoiled the unboxing of both CPUs in advance, so that all the details of the packaging and assembly can be found in the report "AMD Ryzen Threadripper: Unboxing and first hands-on test".

AMD provided us with an Asus X399 ROG Zenith Extreme as a motherboard for the tests (like almost all other editorial offices). We will write about the water cooling of Thermaltake, an OEM product from Asetek, later. Air cooling would certainly be theoretical and practically possible for Threadripper, but currently fails due to suitable coolers. Nevertheless, we rely on water, for good reason.

As with Skylake-X, we will equip the system with DDR4 3200 and benchmark it, whereby we would like to point out at this point already the section with the power consumption, because with regard to the memory clock, one must also have certain special features of the CPU and the required partial voltages. 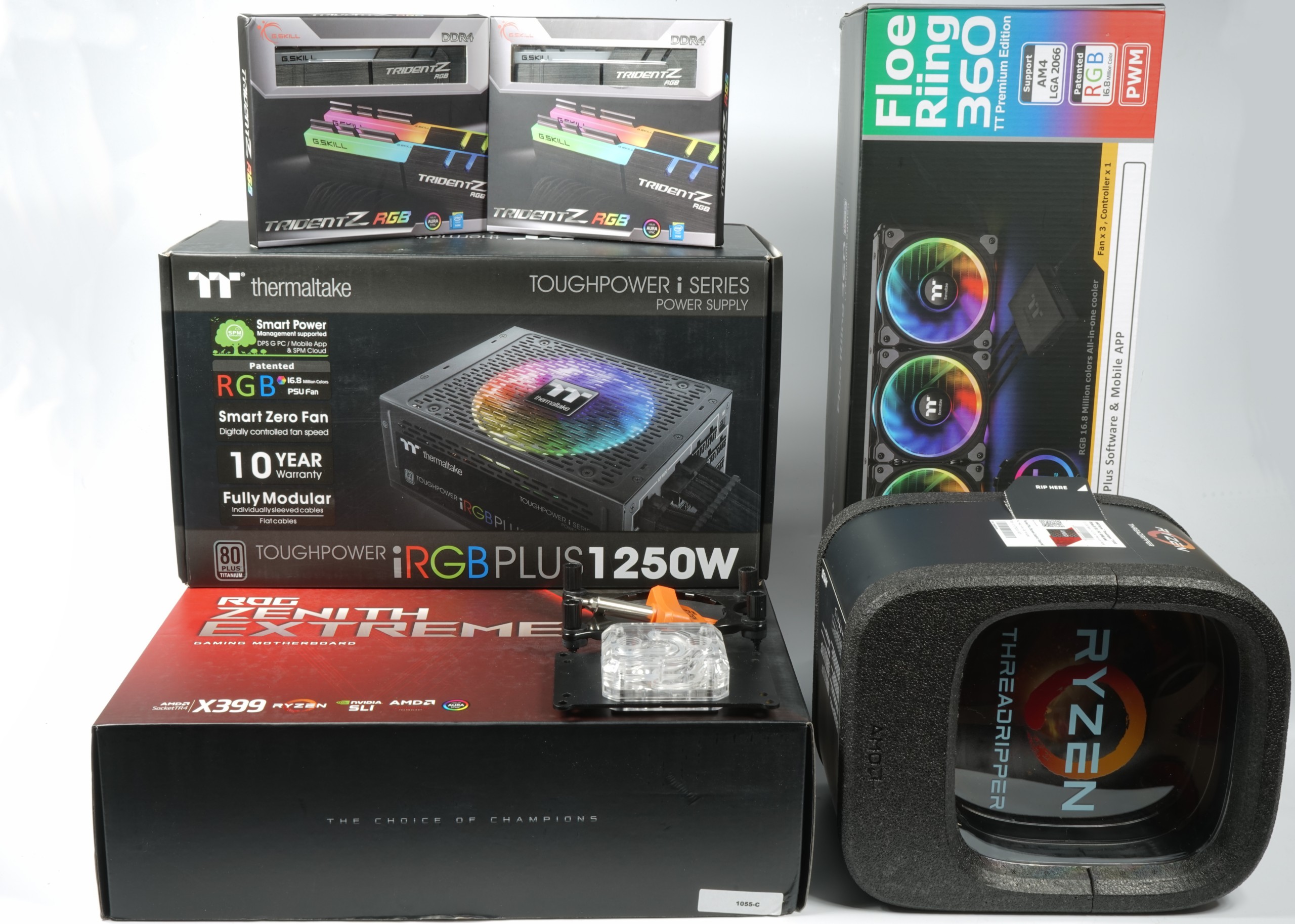 We have also reported extensively on the new socket and refer to our preliminary report "Socket SP3 for Threadripper – Cooler Compatibility and Exclusive Detail Drawings". Of course, we have also detected and documented the power consumption, as well as the corresponding temperatures of CPU and voltage converters. Without spoiling in advance: this time there was no throttling, after all. 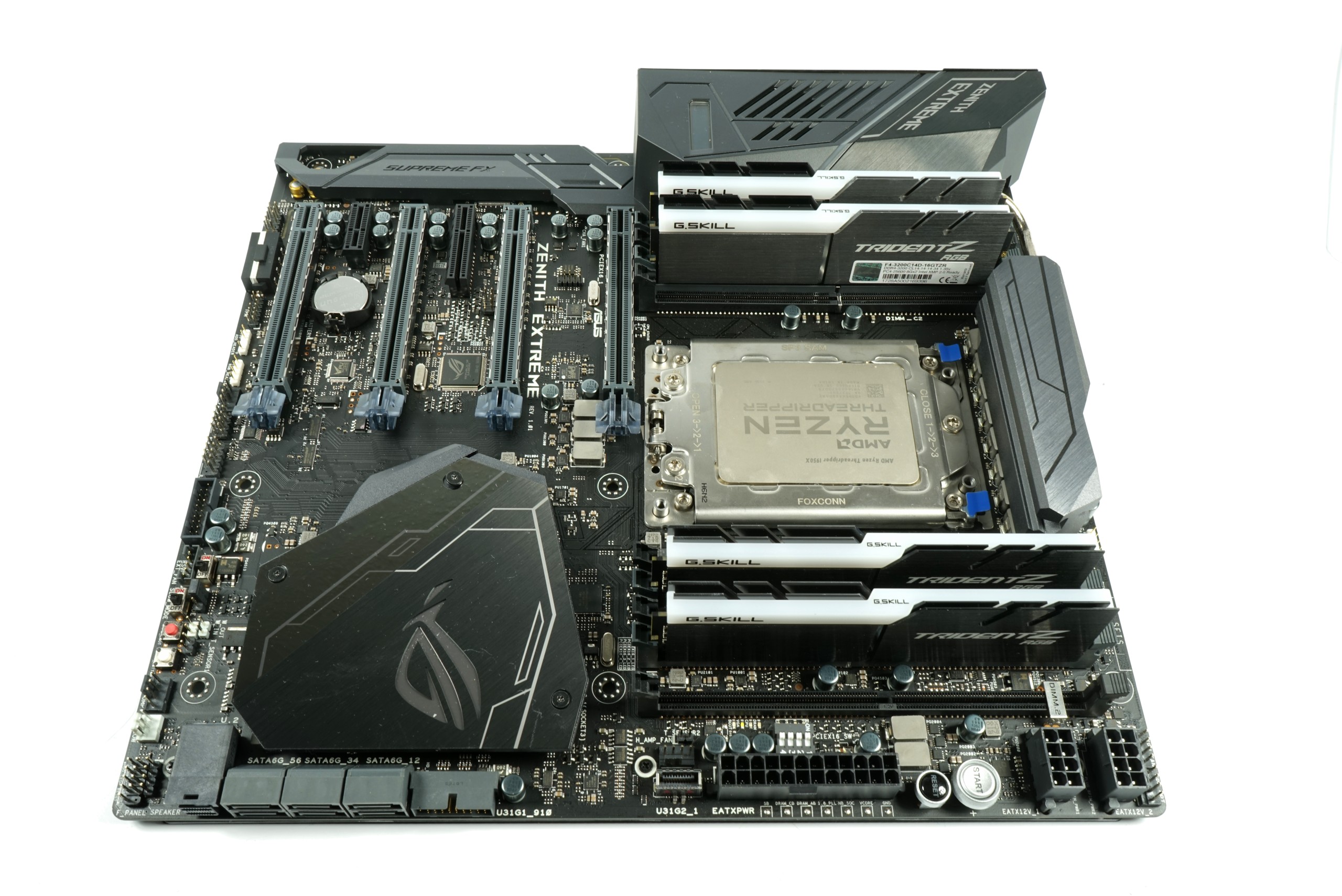 We would like to make it absolutely and explicit that AMD is now launching special CPUs with the Ryzen Threadripper, whose main field of application will be more in the semi- and professional field of content creation, workstation and the like. and it's definitely not an enthusiast CPU for high-end gaming. That's why we've done very extensive gaming testing with different CPU settings, but at the same time we're also pointing to our benchmark part with real workstation applications right up to the HPC scenario. Gaming is also possible, of course, but not only.

We have already described the new test methodology in the basic article "How we test graphics cards, as of February 2017" in great detail and so we now only refer to this detailed description for the sake of simplicity. So if you want to read everything again, you are welcome to do so.

In this case, only the hardware configuration with CPU, RAM, motherboard, as well as the new cooling is different, so that the summary in table form quickly gives a brief overview of the system used here and today: