Of course, in the production area, not only 3D graphics performance is important in the application, because many things are calculated by the CPU in parallel within these applications (simulations, compute tasks, preview rendering, etc.). In order to get a truly objective impression, you always have to look at both in context.

Many of the current software packages also contain modules based on pure calculations and simulations, so that you always have to include all possible aspects in productive use. However, software packages such as Solidworks do not fully scale with the large number of possible threads, so that often enough quad-cores with high IPC (and SMT) can exist here. Both thread rippers can at least keep up – at least something. 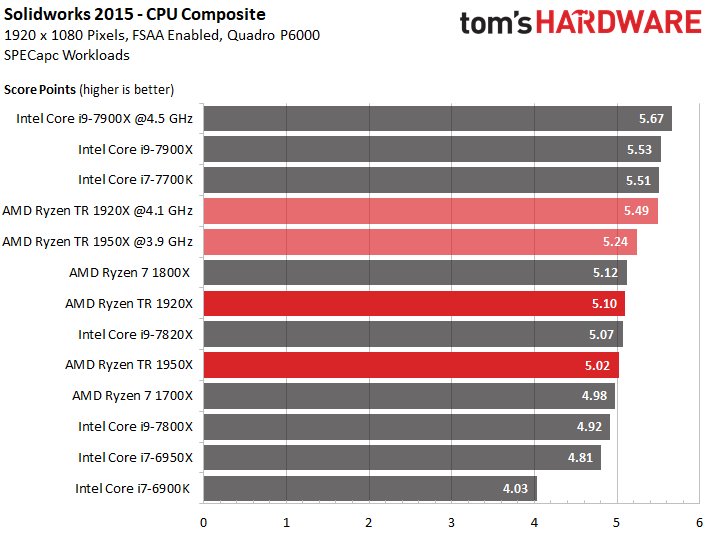 At Creo, the pure clock counts as long as at least 8 threads can run stress-free. The Threadripper 1920X can even show the big brother the taillights. 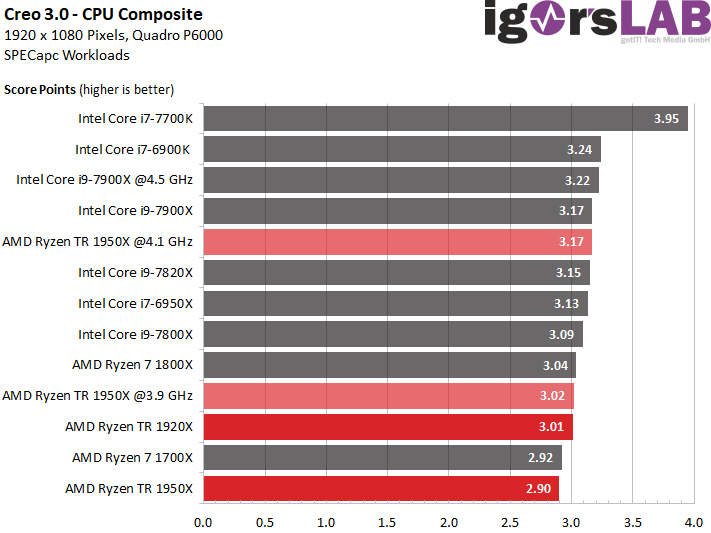 With 3ds Max, the clock and the core count, whereby the Core i7-7700K can still give an astonishingly good figure, which is solely due to the high clock. Without SMT, however, this CPU would fall significantly. 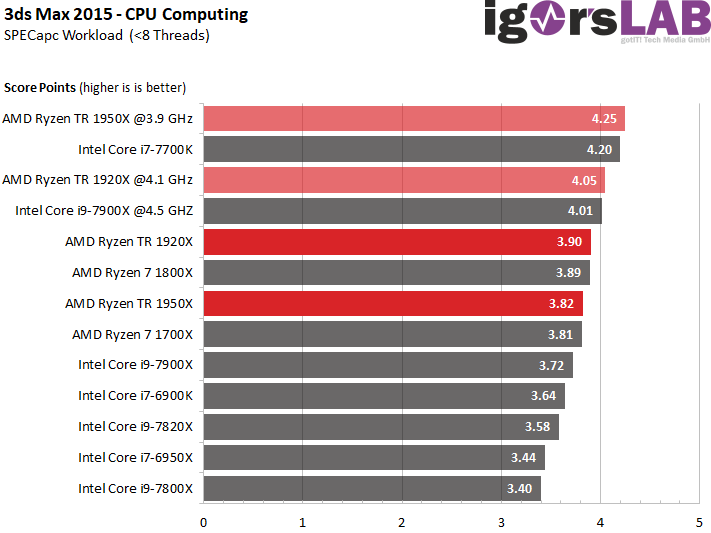 In the CPU composite, on the other hand, the rendering is also included (which we will come to separately in a time- so that the overall rating of the CPU for both thread rippers is very positive. 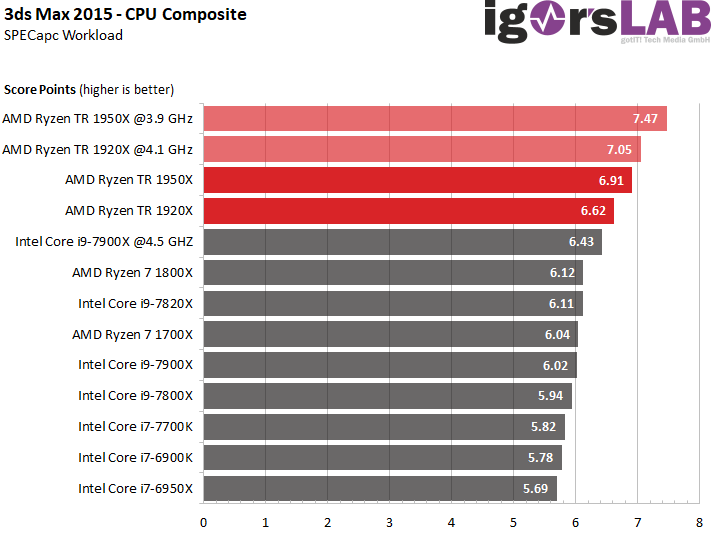 In final rendering, it is no longer so much universality that matters, but the most efficient and fast, parallelized processing. That's why we're looking at this section now. So let's get back to 3ds Max right at the beginning. With pure rendering, no one blames the two Threadripper CPUs. Core count goes ahead with clock, although the performance with the latter also scales beautifully. 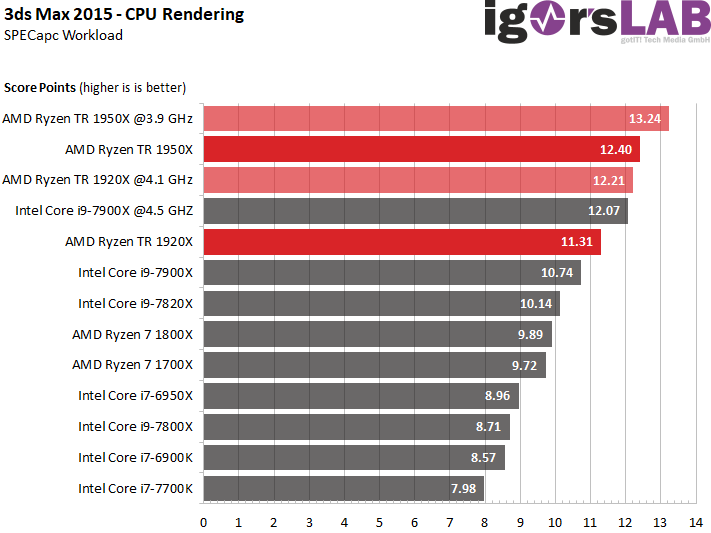 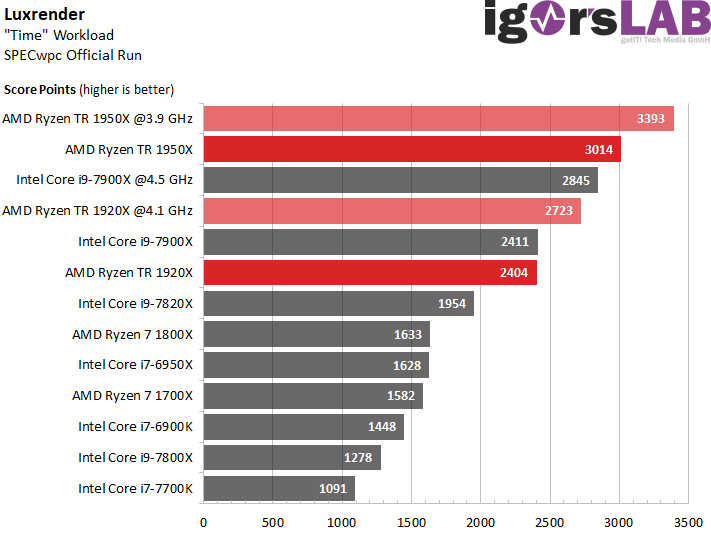 Let us now turn to Blender. The usual workload (but with a sample size of 200 pixels) confirms the image of the previous tests very impressively. Core i9-7900X and Threadripper 1920X operate at roughly the same level and the 1950X is far removed. 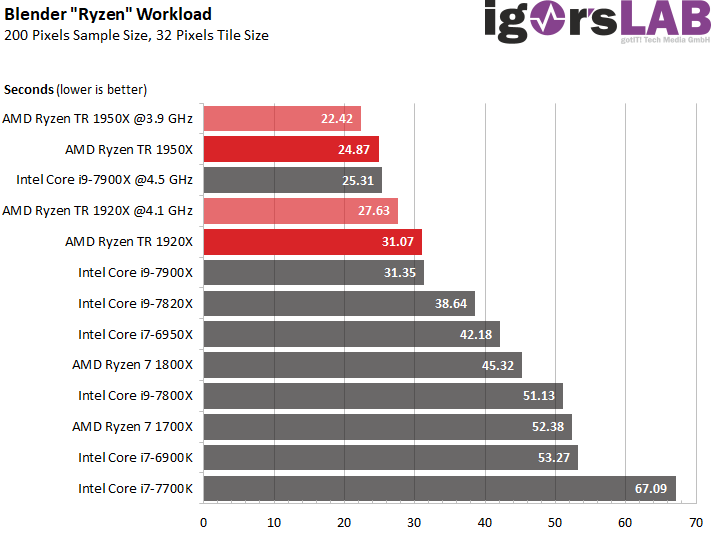 If we run the blender loop of the SPECwpc, the result looks very similar, even if the task is somewhat different. Here, Intel's highly overclocked Core i9-7900X can offer at least the smaller Threadripper 1920X a good parody, as it doesn't just matter to pure rendering. 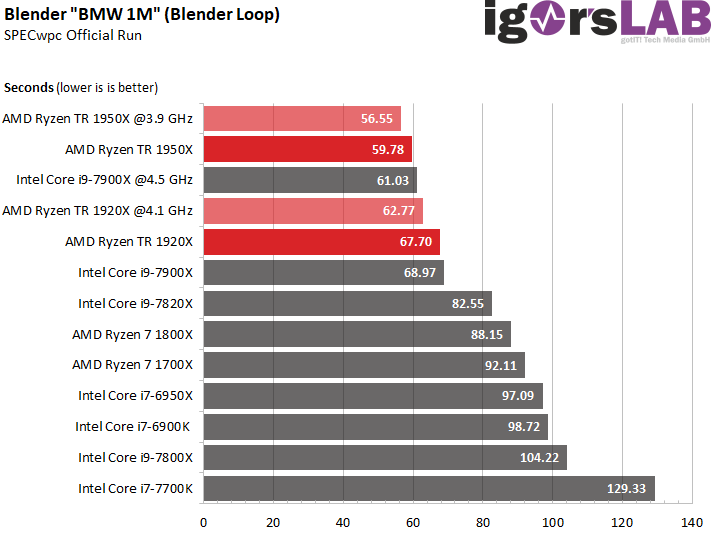 If the share of pure rendering power continues to decrease, the non-overclocked Core i9-7900X will also be pushed in between. 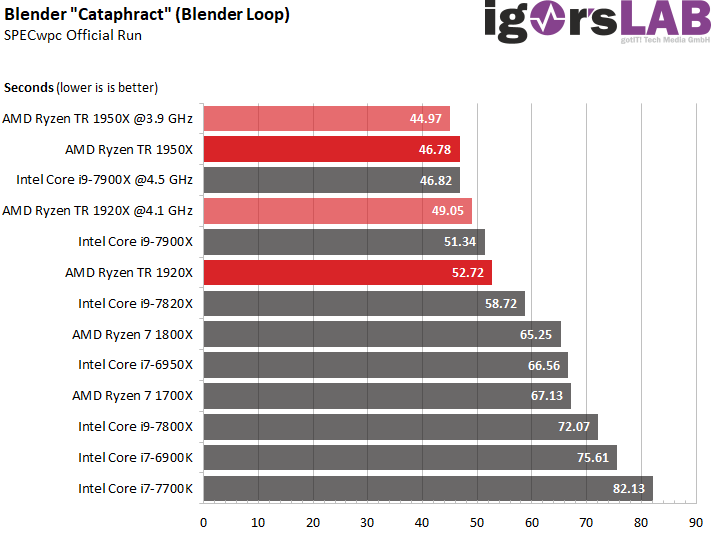 This becomes even clearer when one not only confines oneday to photorealistic image output, but also plays a role in the loop many factors, in which not only the core number is the only decisive factor, but also the IPC. 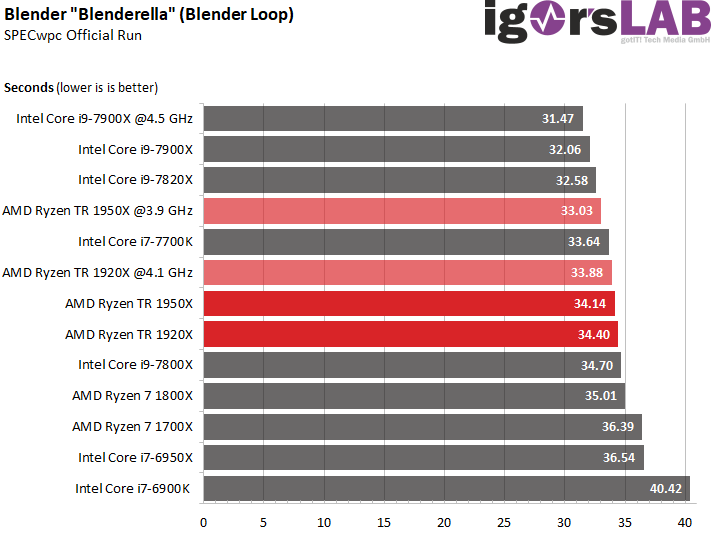 Intel's Core i9 are certainly very useful CPUs in semi-professional use, but both thread rippers are almost always the same. Depending on where you set the priorities, the thread rippers can either keep up to some extent in the production or even pull the sausage off the plate for everyone else. We have had to wait a long time for such a positive assessment, but in the end it is honestly deserved.