The selection of the graphics card

I had asked myself in advance with which high-end GPU I should do the tests for the launch article this time. Since I wanted to test all four resolutions, i.e. from Ultra-HD down to 720p, I had to consider if and where a possible driver overhead could occur with the NVIDIA card. In addition, the 11. Generation on the Z590 board also Resizeable BAR and I was already curious how good the performance turns out. Intel, by the way, uses a GeForce RTX 3080 XC Ultra from EVGA for the slides – with the known limits in lower resolutions.

The Radeon RX 6900XT, which I prefer in this review, is a bit weaker in Ultra HD, but it is still not slower than a GeForce RTX 3080 FE and it also offers the chance to test whether the supposed bandwidth limit of the Radeon is equally strong or weak on both platforms. 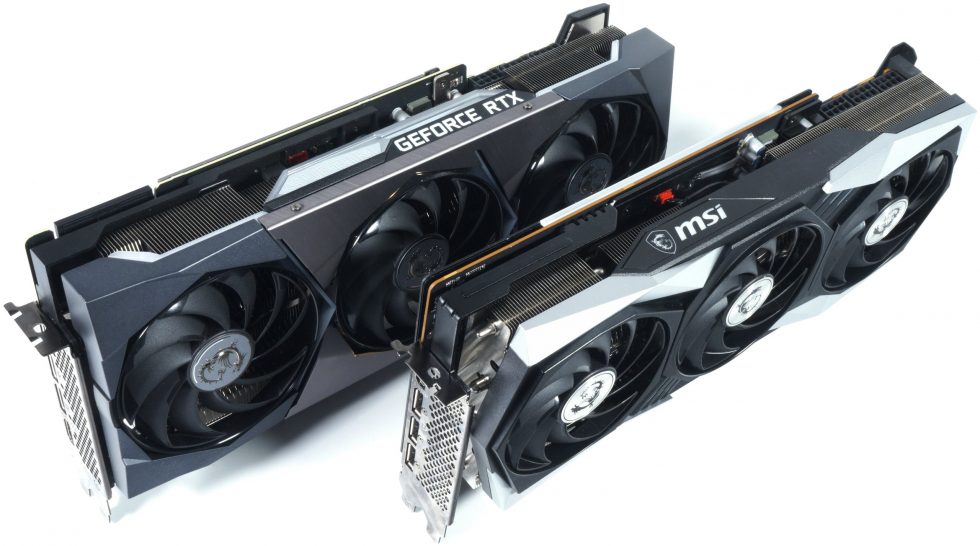 For the benchmarks, I chose four exemplary games, weighting them between old and new, and AMD- and Intel-specific. With Shadow of the Tomb Raider and Borderlands 3, two of these games are also well suited for testing with Resizeable BAR and Far Cry New Dawn as an older DirectX 11 game documents the case that the graphics hardware should still be somewhat limited by the CPU even in Ultra-HD. Watch Dogs Legend is a little bit of everything and represents the usual mainstream.

However, what was important to me, which is why I did not use my own savegames, is the fact that I had to use benchmarks that were as consistent as possible with the expected small performance differences. Scripted benchmarks are always better than the open world of Cyberpunk. All runs were completed with a completely warmed up graphics card in order to further minimize disturbing influences. Four games with four resolutions and 3 runs each and with 8 CPUs, in addition in the apron the longer test, which graphics card it should be and what Resizeable BAR does. Enough for a few days of hard work.

The specifications for the limits and the associated power consumption including cooling are a thing in itself, which of course range from CPU performance to efficiency and thus significantly influence a test. Since I know some colleagues test strictly to spec, I’m intentionally omitting those restrictions this time to better round out the overall picture. You can certainly run RKL-S more efficiently than Intel itself wants, but that’s an important topic for a follow-up.

That said, I set the limits here to the default for the tower cooler because that’s probably what most buyers would do. Unlimited is not even solvable with a normal water cooling and who has a chiller at home? Like I said, follow-up… But then I have to demand equal justice for all and give the Ryzens a free run as well. To do this, I set PBO to manual, enabled watts and amps analog, and raised the possible boost offset to 200 MHz.

PCIe 4.0 is of course an absolute must for motherboards. This then includes the matching X570 motherboard in the form of an MSI MEG X570 Godlike for the Ryzen CPUs, and the MSI MEG Z590 ACE for the Intel CPUs, with all CPUs running well water cooled. 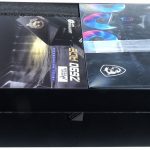 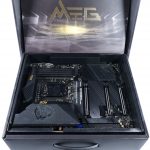 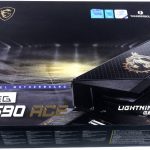 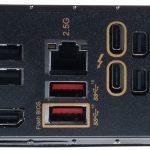 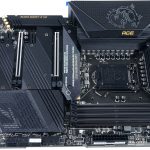 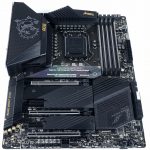 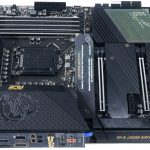 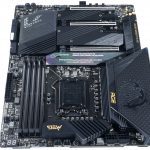 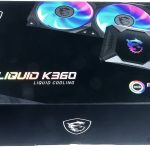 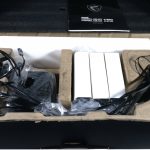 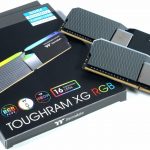 In addition I have the matching DDR4 4000 RAM from Thermaltake in form of the TOUGHRAM XG RGB as 16 GB kit (2 x 8 GB), which I run with Intel with DDR4 3733 (Gear 1) and AMD with DDR4 3800 (FCLK 1900). This guarantees a similar connection, especially since I also tightened up the timings a bit (CL16), which ran without complaint on both platforms with these modules from Thermaltake. 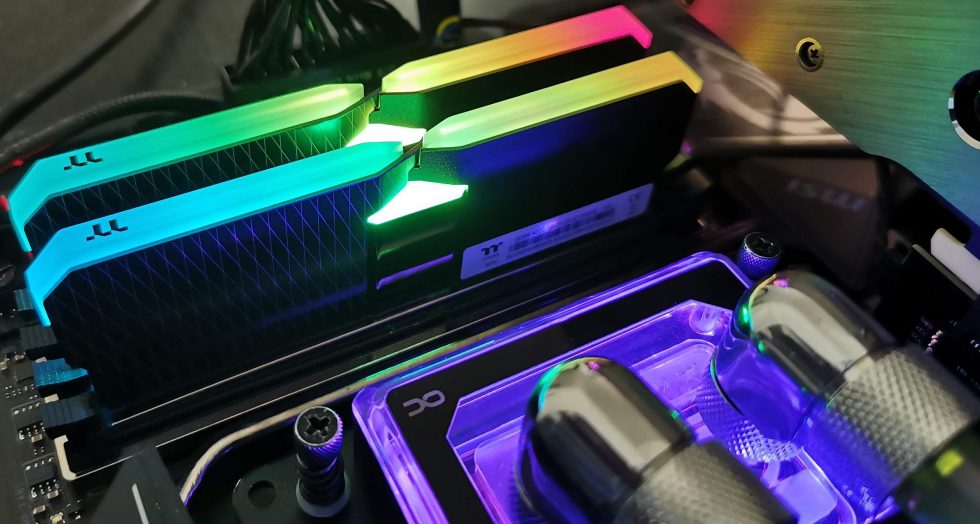 In addition, there are several fast NVMe SSDs. For direct logging during all games and applications, I use both NVIDIA’s PCAT and my own shunt measurement system, which adds to the convenience immensely. The measurement of the detailed power consumption and other somewhat more complicated things is carried out in the special laboratory on two tracks by means of high-resolution oscillograph technology… 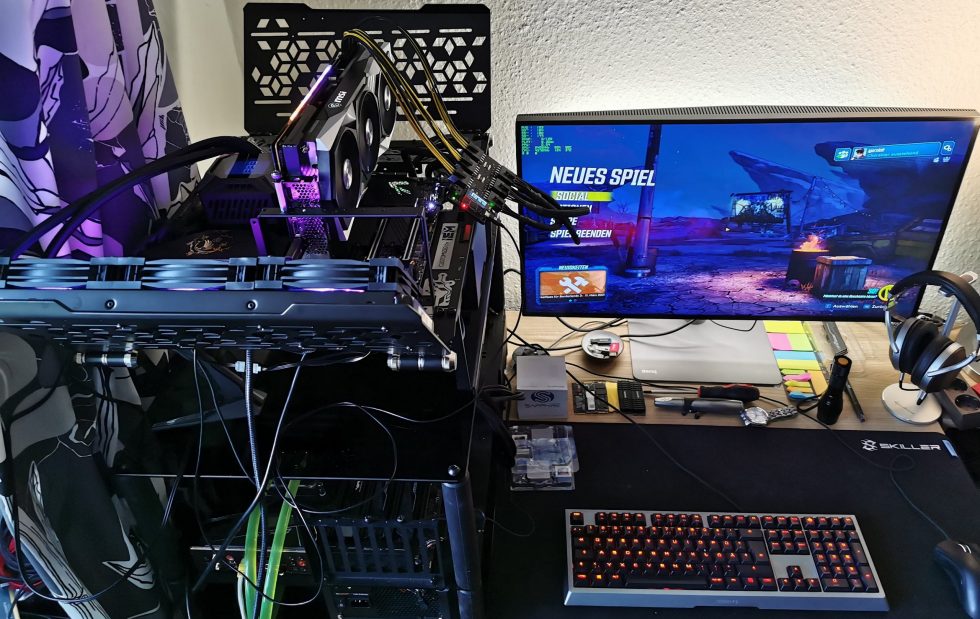 …and the self-created MCU-based measurement setup for motherboards graphics cards (pictures below), where at the end in the air-conditioned room also the thermographic infrared images with a high-resolution industrial camera are created, which I will bring in the follow-up. Today there was just not enough time.

The software used relies on my own interpreter including evaluation software as well as a very extensive and flexible Excel sheet for the graphical implementation. I have also summarized the individual components of the test system in a table: 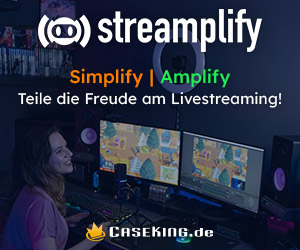 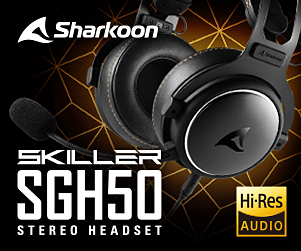 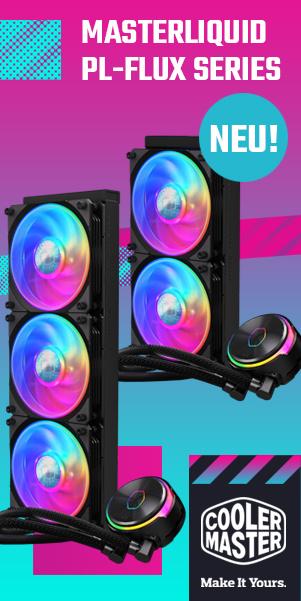