Now the time has finally come and the other CPUs of the 11th generation may also tested and the results published. I also deliberately decided against an early release of the Core i7-11700K, which is already available in stores, because only in direct comparison and with the micro code for a new BIOS, which was only added a few days ago, will it be possible to better explain the sense or nonsense of the new Core i9-11900K. That the 11. Generation is a backport on 14 nm, give it a rest, we’ve had it all before several times and don’t need to repeat it again. It will therefore be much more interesting to evaluate the result of this technical pull-up. So if it works, why not? 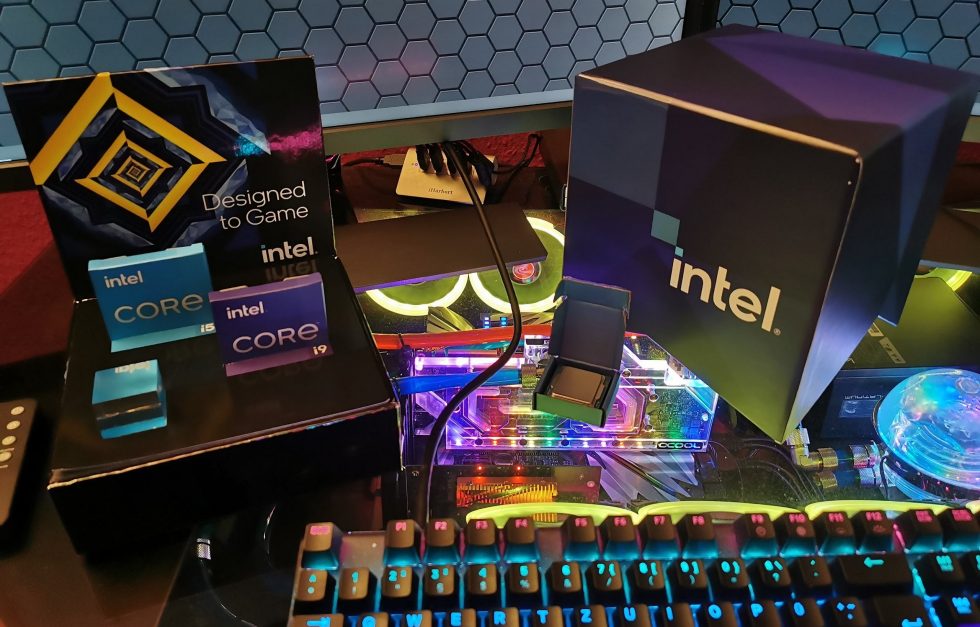 From this point of view, I can save myself a lot of theory, especially since I was not officially briefed by Intel Germany or directly provided with samples. The fact that I was able to use the complete media documents (and certain basic whitepapers) for the tests (without leaking anything), I owe to friendly colleagues of international editors and a pretty good connection in Intel’s headquarters, which also helped my colleague Skullbringer in the creation of a detailed guide for the handling of the memory and its overclocking, which will be published as another part this week.

The required CPUs come in the form of the Core i7-11700K from well sorted German retailers, for the Influencer kit with the Core i9-11900K and the Core i5-11600K I could in the meantime fall back on a loan from Schenker Technologies (picture at the top), since I will soon also test an already announced and freely equippable barebone. Here I would like to express my gratitude to Leipzig, because such a gesture also preserves the necessary degree of independence for such a CPU launch. Even if the time was really tight.

MSI also has to be mentioned positively here, because I was able to communicate internally with the OC Lab and the BIOS managers in advance, also regarding my results with the RX 6900XT, as well as the German support on short official channels. However, I hope for the future that in the interest of our readers and the community in the social networks, a direct cooperation with Intel in Germany should be possible again, because circumstances like this already make an objective and comprehensive testing a bit more difficult and one would then not only depend on one’s own network.

Intel had, after all, first previewed its upcoming Rocket Lake (RKL) architecture at CES 2021, and these new CPUs also mark the first truly major architectural overhaul in well over 5 years.  It’s also an architecture that, due to circumstances, was backported from 10nm at great expense so Intel could get it to market as quickly as possible. In addition, the long-awaited PCIe 4.0 support will finally be brought to Intel’s mainstream platform, which has been sorely missed so far.

The new Rocket-Lake-S CPU is, as you can see in the picture with the direct comparison to Comet-Lake-S, grown and thankfully soldered again to the IHS. However, if you want to do it yourself, please note the row of capacitors (arrow below right), which must not be destroyed. The size of the die grows from a generous 206 mm² to 276 mm², with length and width increasing in equal measure.

Up to 8 cores (and 16 threads) and over 50% more integrated graphics performance based on the 12th generation Xe architecture. Generation are the most important cornerstones here. RKL-S is based on the proven and well-known 14nm process, but unlike older generations, it will feature a revised architecture based on the Sunny Cove (Ice Lake) architecture called Cypress Cove. It’s essentially a backport from 10nm (non-SuperFin) to 14nm.

Thus, Rocket Lake S will be able to boost the Core i9-11900K up to 5.3 GHz (which is typical for the very mature process) and which will also allow something like a “best of both worlds” situation in the end, where the new architecture will be able to immediately maintain the high clock rates of its direct predecessor due to the very mature node. The all-core turbo will be 4.8 GHz according to Intel, which is actually pretty high for an 8-core chip. However, ABT is a true fair-weather boost that requires very excessive cooling. We’ll soon find out whether this will pay off in games and workstation applications. 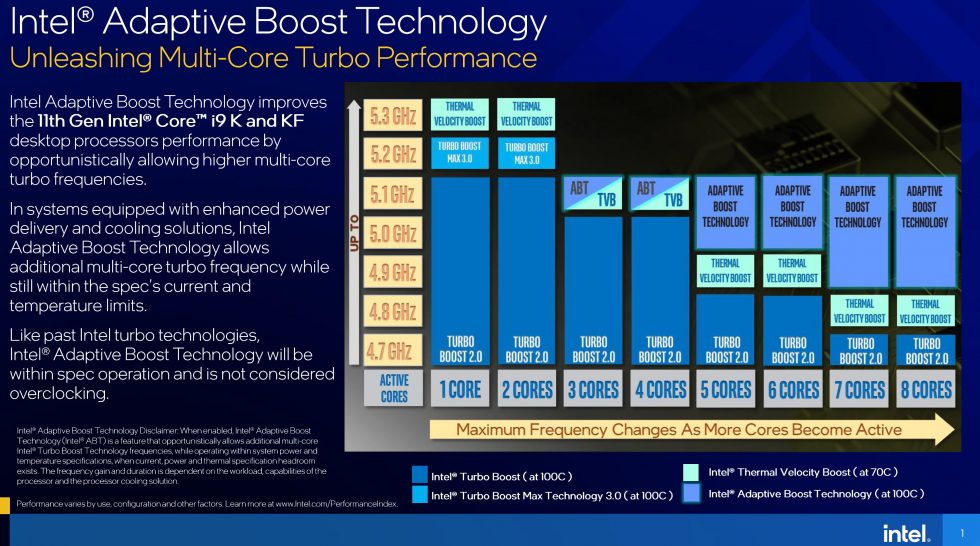 Rocket Lake S will now offer 20 CPU-based PCIe 4.0 lanes, 4 more than the last generation. It’s also the first mainstream Intel architecture to support the PCIe 4.0 standard – something that has been sorely lacking in the company’s lineup. It has the new Deep Learning Boost and VNNI support, which should lead to a significant acceleration of AI-related workflows. In addition, you now have the new USB 3.2 Gen 2×2 standard for very high USB transfer rates. Also integrated is Intel’s Xe graphics iGPU, which offers support for high-end video decoders like 4:4:4 HEVC and VP9, and enables display resolutions of up to 3x 4k60. The integrated memory controller now natively supports speeds up to DDR4-3200 without further overclocking. 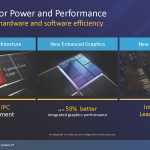 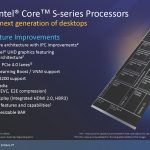 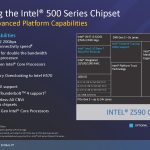 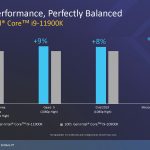 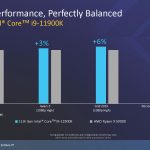 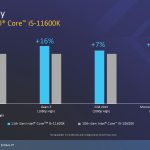 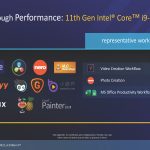 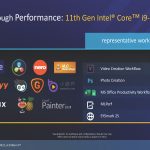 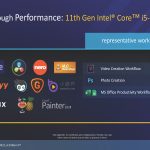 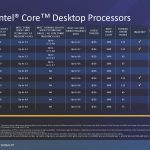 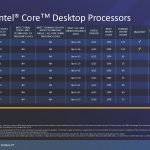 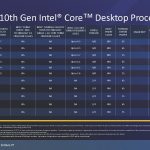 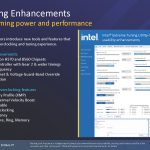 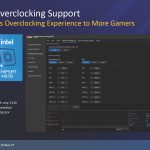 This is actually good news for enthusiasts, as RKL will be the first major new architecture in a very long time. Even more amazing is that Intel claims to have managed to retain most of Willow Cove’s IPC growth in 10nm (which was 25%+), with the new 14nm architecture still expected to show IPC growth of 19%. A double digit IPC improvement while staying on the same node is truly remarkable. Intel sees the Core i9-11900k as being up to 4.4% faster than AMD’s Ryzen 9 5900X, although there was certainly some proper cherry-picking in the slides here. That’s exactly why I’ve used other games and apps, without claiming sweeping generalities myself. Benchmarks are snapshots, nothing more.

The graphic above shows once again the interaction of CPU and chipset. We have prepared a special guide for the somewhat different memory OC, which will be published as a follow-up soon and which will then also go into the details of the new gear modes.