The fact that Intel’s new flagship 12. We already know that the third generation, let’s call it fictitiously Intel Core-1800, is once again planned with a full 125 watts TDP. I already published exclusive data of an engineering sample (link below). Also that the PL2 may go again clearly over 200 Watts (although clearly shorter than with Rocket Lake-S), I had already published in this article. But where are the extremes? Even if they are available to me, I will not publish the construction drawings for the socket here, but I will take two cooling variants from them, which could not be more different.

Exclusive data on Intel’s Alder Lake-S – Will the Intel Core-1800 be a threat to AMD by the end of the year?

First, a few basics about the new cooling system. With the new LGA1700 and LGA1800 sockets, Intel also introduces a new mounting system and deliberately changes the hole patterns for the screw and backplate. With the increased distances of the holes by a few millimeters, one wants to understandably avoid that someone puts an old cooler on the new system. Because not only the structure width of the new CPUs becomes smaller, but also the height of the complete package.

The height is only logical in the end, because the sum of the thermal resistances can be significantly reduced and one will probably not have to head CPUs any more. And besides, the outer shape of the whole package changes from square to strongly rectangular. This will (have to) also strongly influence the design of radiator bottoms, especially for water coolers.

It should be difficult to simply adapt any existing cooler with new brackets, because the leave-out and leave-in areas have changed completely, also concerning the collision with components on the motherboard. So the old backplate will definitely not fit anymore. However, I will show you in a moment that it even works without it. However, the large models of Intel’s Alder Lake-S definitely need a relieving counterpart on the back for the cooling solutions above 100 watts.

The Cooler Master MasterLiquid ML360 Sub-Zero for Rocket Lake-S (RKL) was of course not a real cryo-cooling for really high loads, but it should guarantee low temperatures in the partial load range so that the highest possible boost clock rates can be run. Especially in gaming, you usually stay under 125 watts on average with RKL, except that you had to supply almost 1:1 additional electrical energy to the Peltier element so that this cryo-cooling worked at all.

However, it can be seen from the current drawings that Intel once again doesn’t rule out such coolers for the top models, but once again relies on solutions with an integrated Peltier element, i.e. the thermoelectric cooling principle. I’ll spare the exact explanation of how it works at this point, it’s not really relevant here and now. This is the asymmetrical design (also because of the locking clip), although Intel also provides symmetrical designs for normal cooling for optional spinning of coolers. 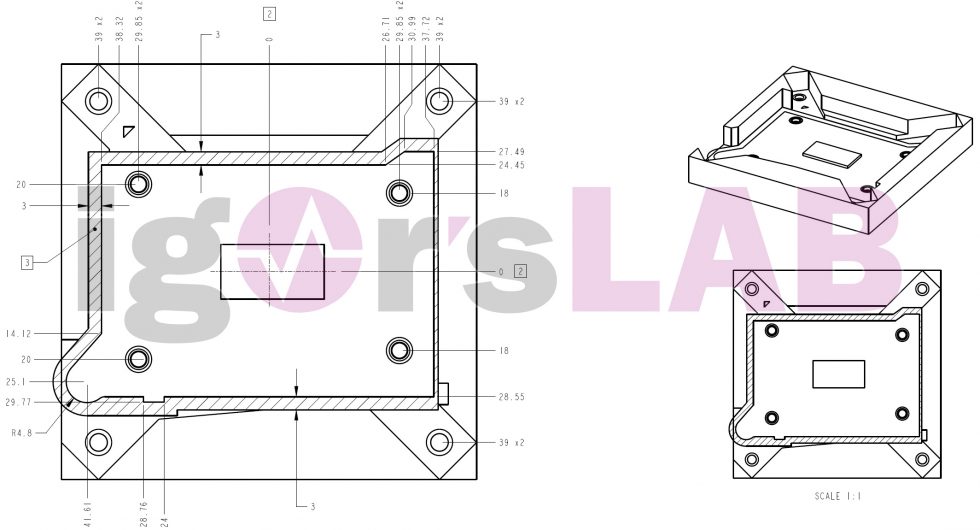 There is no need to discuss the sense, or rather complete nonsense, of such a cooling solution here, it is just the way it is. The de facto doubling of the combined power consumption of CPU and cooler is simply impractical and the exact opposite of efficient working. The above drawing shows the areas in question and also the recommendation for an airtight cover. The picture below shows how something like this looks in practice with the Cooler Master MasterLiquid ML360 Sub-Zero.

Interestingly, the test on Rocket Lake-S was a complete failure, because at idle and thus also at low power dissipations, you don’t need cooling below room temperature. However, as soon as you approached the 75 watt mark, any normal AiO compact water cooler was already just as good, and from around 120 watts onwards, it was even significantly better. The picture below shows the use on an Intel Core i9-11900K with 6+2 pin PCI Express cable for power supply and up to 180 Watt additional power consumption, which also had to be dissipated via the radiator of the small cooling circuit. Physics is a serious science, cryo-cooling on the other hand is an ecologically questionable toy. 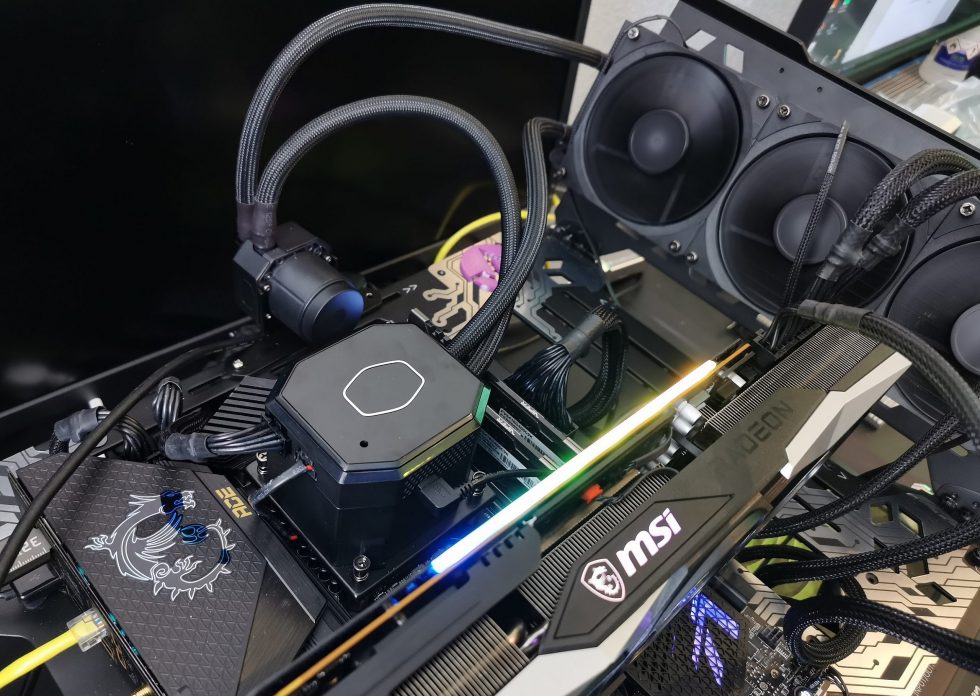 Well, what do we learn from this? Advertising and hope for a miracle are one thing, reality unfortunately is another. It’s once again an experiment and a nice marketing stunt, nothing more. However, one can hardly recognize a practical use here in everyday life, even if Intel may see it differently. Why you even waste resources in development with this anymore, I have no idea.