Last time I had the new powerhouses from Cooler Master with almost gigantic dimensions in the test, today the exact opposite. Whether a cooler with just 39mm total height is sufficient for a modern mid-range CPU, you can find out in the following article.

As far as the carton design is concerned, the combination of black and purple remains the same as the manufacturer is known for, but in a rather compact way. Nevertheless, of course, the product image on the front may not be missing, the feature texts on the back are also not to be omitted. 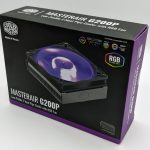 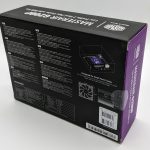 By the way, specifications as well as dimensions have also been squeezed onto the back, the sides are only adorned with the product name – several times. However, the cooler is well packed, due to the plastic casing, the usual damage from transport should not penetrate to the sensitive cooling fins. 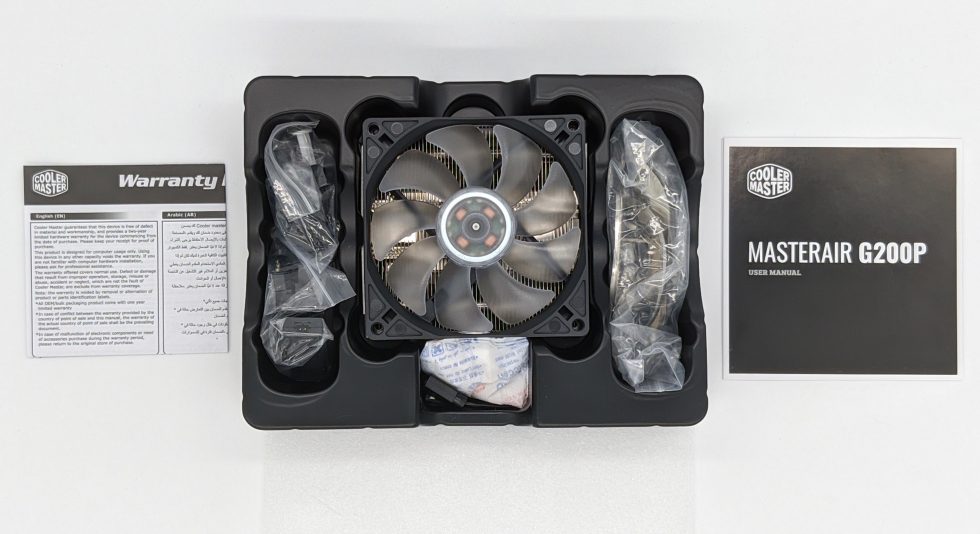 The accessories consist of the small parts and brackets already known from other CM air coolers. In addition, there is a tube of thermal paste and an RGB controller with Molex connector. 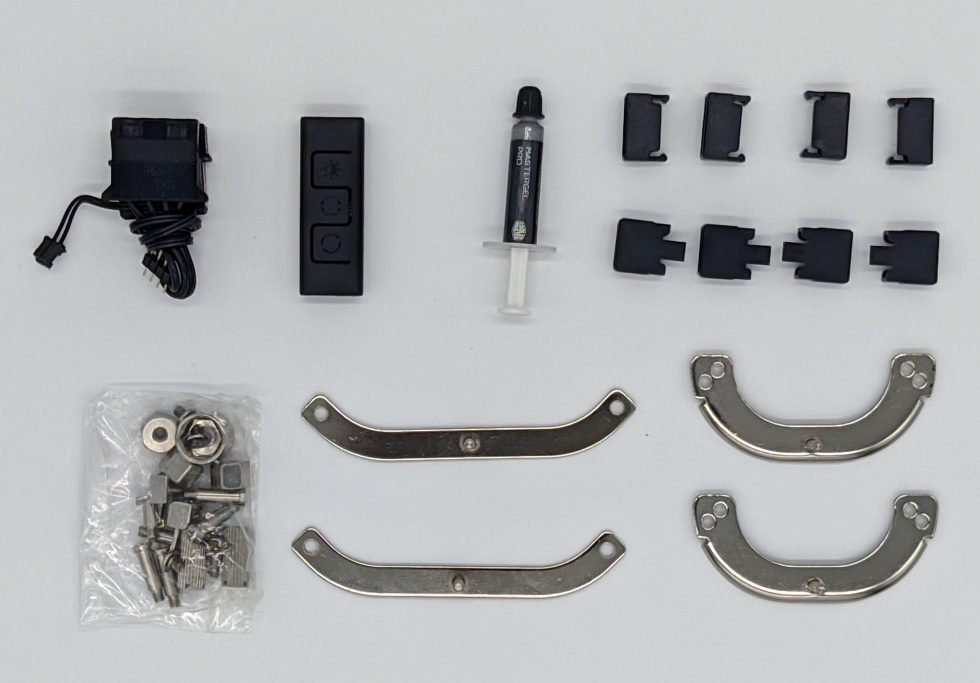 I would have preferred to see a SATA connector here, as many modular power supplies require an extra cable for Molex. Of course, most motherboards nowadays have a suitable RGB connector anyway.

Almost identical accessories to the other coolers of this manufacturer suggest the infamous installation method with its own backplate and some fiddling. And that’s exactly what happens, again four small threads are fixed in the backplate with plastic clips and pushed through the mainboard from behind. The spacers are then screwed onto the front, which in turn have the two brackets placed on them and screwed tight. 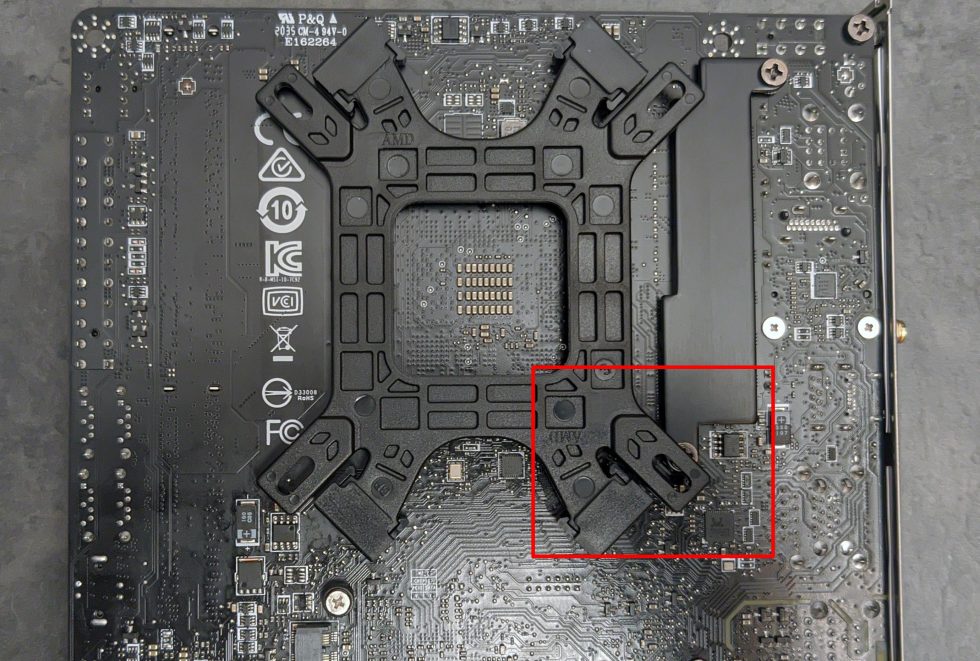 Depending on the mainboard, however, there may be difficulties here, as the picture here shows. The bracket of the VRM cooler collides with the backplate on my ITX board. The ATX board in my test system, also from MSI, did not have this problem. In the end, all that was left was to trim the Intel arms. Whether you should blame Cooler Master or MSI here, I don’t know.

Here is the known overview of the technical details, for the curious there is as always some additional information as well as pictures on the product page. 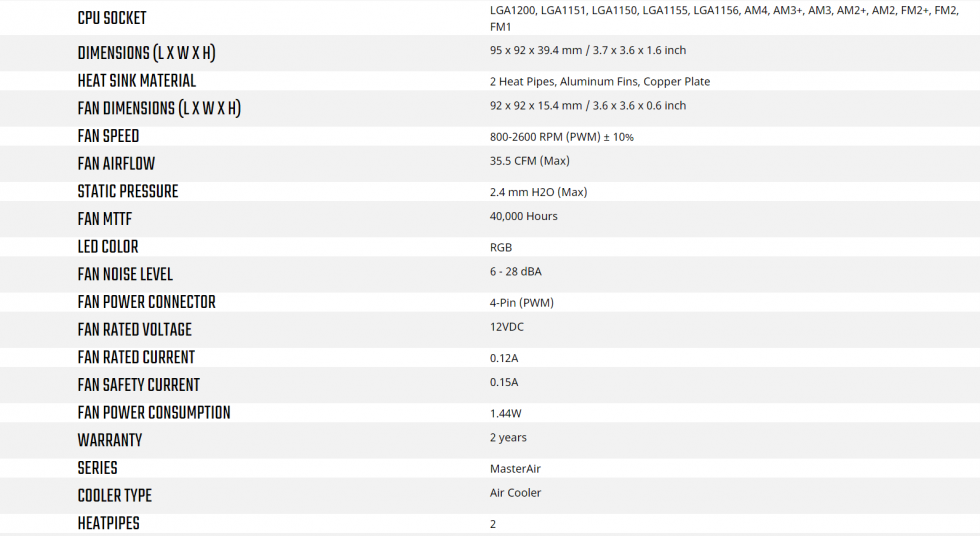