Intel’s Alder Lake CPUs with their LGA1700 and Independent Loading Mechanism (ILM) including the bending problem have been around for 9 months now. The successor CPUs aka Raptor Lake might not be long away, but it has already been confirmed that they will use the same socket and thus most likely ILM as well. Existing motherboards with a 600 chipset can therefore still be used, but the bending problem will also remain. A good reason, therefore, to test other potential solutions for this.

Buildzoid’s Washermod, the Thermal Grizzly Contact Frame and the Alphacool Apex Backplate have already been reviewed – linked below. Today, we will be talking about much cheaper frames, which are mainly available on the Asian market. Those who hastily dismiss them as (bad) copies should definitely read on, because the results are far from being that one-sided. In addition to the aforementioned German manufacturer, we also have models from Thermalright, Jeyi and Feng Zao on test today, whereby the latter was deciphered using Google Translate. The principle and rough outer appearance is the same for all frames, but as so often, it’s the subtleties that ultimately show up in the test results.

Speaking of results, I ran the Thermal Grizzly Frame through our tests one more time, under slightly different conditions. On the one hand, such test series require several tubes of thermal paste, which is why I had to switch to another product that was more available to me, and on the other hand, the German summer has brought the TJmax much closer than it was a few months ago. And since the power consumption of a CPU also increases with a higher operating temperature, it seems only fair to check the previous results again at 28 – 30 °C room temperature. 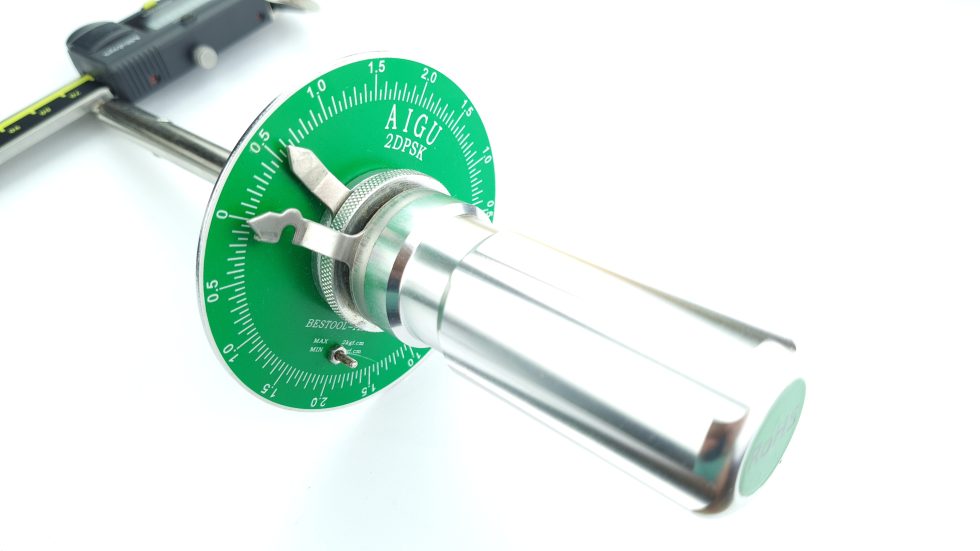 In order to also be able to follow the recommended torques, I have also procured special tools with which, at least in theory, up to 0.005 Nm accuracy can be set. This is a relatively simple screwdriver with bit insert, which integrates a special torsion spring inside and a matching scale on the handle. The desired torque can then simply be set here in kgfcm or Nm. Torque will also play a big role in the results of one frame or another – I’ll give that much away. 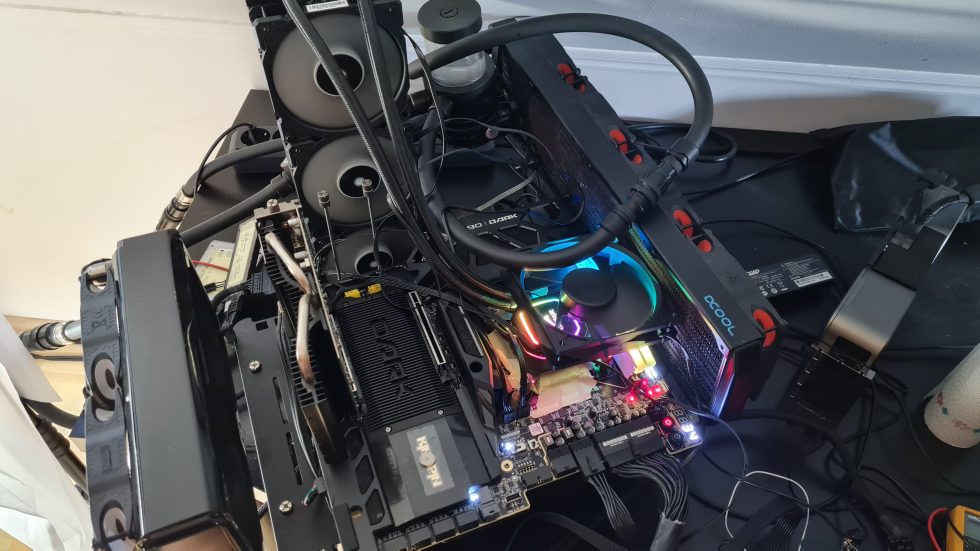 Once again, the Corsair XC7 RGB PRO LGA1700 waterblock is used as the cooler, which has proven to be moderately concave in our tests so far and should thus still be the most representative of most cooling solutions. This is supplied as usual by two D5 pumps with approx. 160 l/h flow. The heat source is again an i9-12900K CPU, manually overclocked to 5.0 GHz on the P cores without AVX-512, 4.8 GHz on the cache and with the E cores disabled. This then allows itself a good 250 W in the Prime95 stress test in the “Small FFT” preset with core temperatures clearly beyond 100 °C – at least with Intel’s charging mechanism. 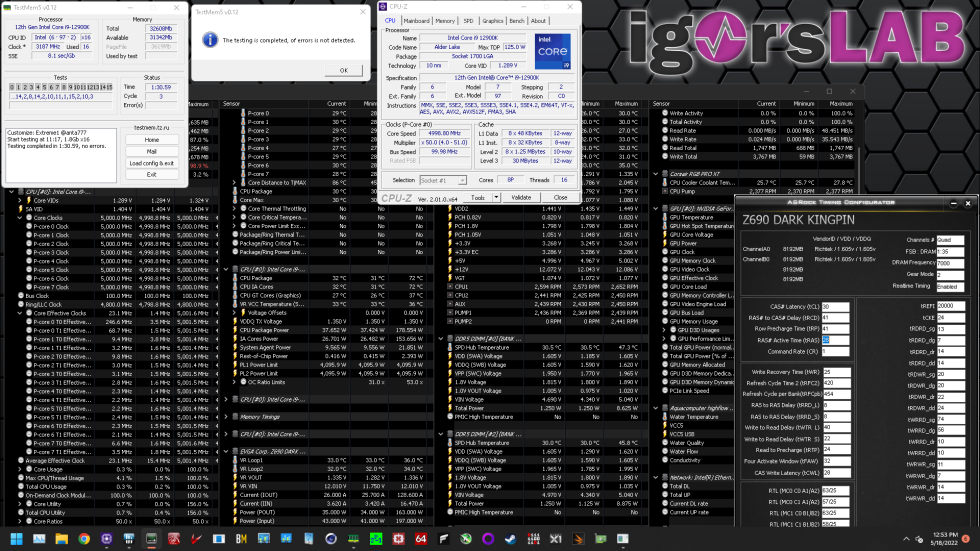 Of particular interest when making changes to the socket are, of course, the changing contact resistances between pins and pads and thus effects on the stability of the system. Accordingly, all configurations are again tested with an ambitious DDR5-OC of 7000 Mbps at tCL30 and CR 1T additionally for stability in test mem5. This configuration is validated with the ILM as reproducibly stable trainable, whereby each RAM module is also always in the same DIMM slot. Thus, the greatest possible focus is on the assembly mechanism, with which the CPU must be able to train this RAM setting itself and then operate it stably in the stress test.

As always, the rest of the test hardware is available in the overview:

AMD's first LGA? Jesus Christ where did you parrot that from?

AM5 will be AMDs Seventh LGA socket.

CPU temperatures within limits? – Thermal Grizzly, Thermalright, Jeyi and Feng Zao LGA1700 frames in comparison test
NVIDIA GeForce RTX 3090 Ti FE in a Studio PC and a Workstation – Showdown against a RTX A6000 and limited to 300 Watts