Intel’s Alder Lake CPUs run hot, very hot. A few weeks ago, Igor had already identified the bending of the CPU and motherboard due to the LGA1700 socket as a potential cause for this. Today I’ll show you a simple modification that can gain up to 5 °C in CPU core temperatures, and it almost couldn’t be simpler. Thanks (again) to buildzoid from Actually Hardcore Overclocking, who came up with the original idea for the mod and had me validate his results, the fruits of which you get to see today.

First, we need to understand the initial situation by taking another close look at Intel’s new LGA1700 socket and its Independent Loading Mechanism (ILM). It is important to note here that the socket has become larger and more rectangular overall, but the ILM still builds up its pressure at the same points along the long edges. 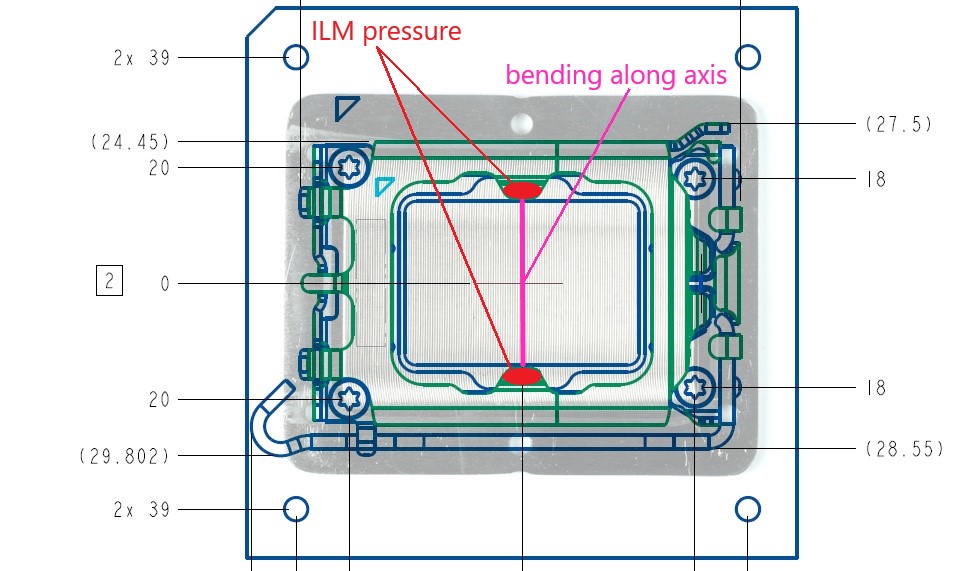 This is different from the predecessor LGA1200, where the socket was smaller and almost square, or from LGA2066, where the socket is larger, but the pressure is built up by the ILM at the corners of the CPU and thus better distributed. With LGA1700, the conclusion is that the CPU is bent downwards in the center and thus sits lower there than on the short edges. This results in a U-shaped curvature of the entire CPU including the Integrated Heat Spreader (IHS), whereby the pink axis above is sitting lowest. 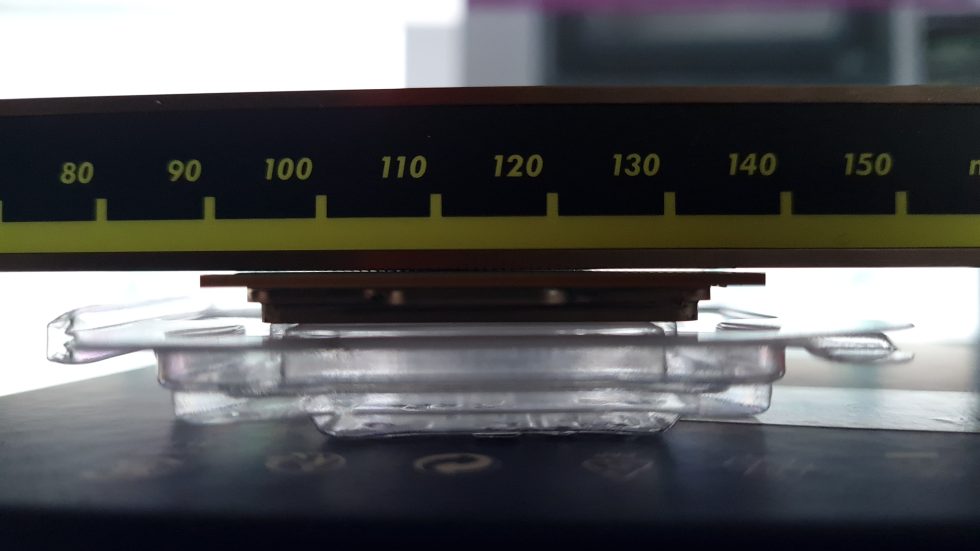 A matching picture can be seen when we look at a CPU with several hundreds of hours of operation time next to a straight edge (or what comes close to one). Here, too, it can be seen that the CPU is concave from above and convex from below, in other words slightly bent along the axis where the ILM applies its pressure. If the center of the CPU now sits lower than the rest, the cooler base cannot establish optimal contact and the heat has to overcome more distance through the gap-filling thermal paste. So if you could fix the bend, theoretically better cooler contact and lower temperatures should be the result. 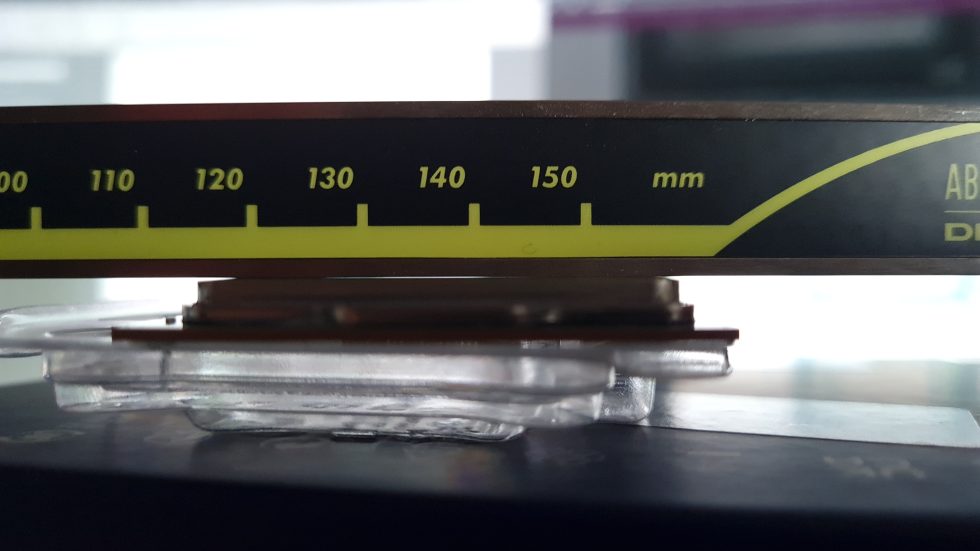 The mod is as simple as it is ingenious: washers are simply installed between the motherboard and the ILM, which effectively makes it sit higher and thus exerts less pressure on the CPU in the socket. Before we start screwing with the mainboard, we should of course first cut power to the system so that a screw that may fall down cannot cause a short circuit. 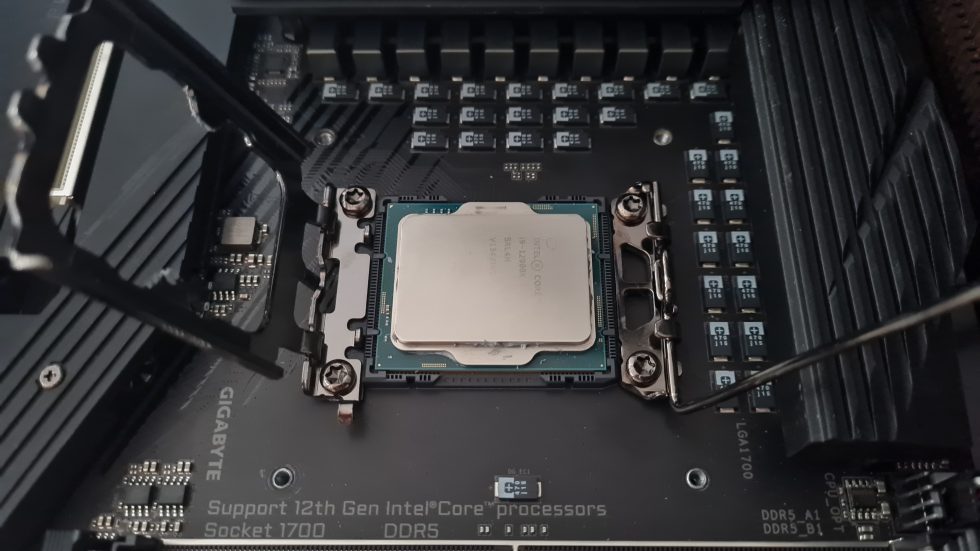 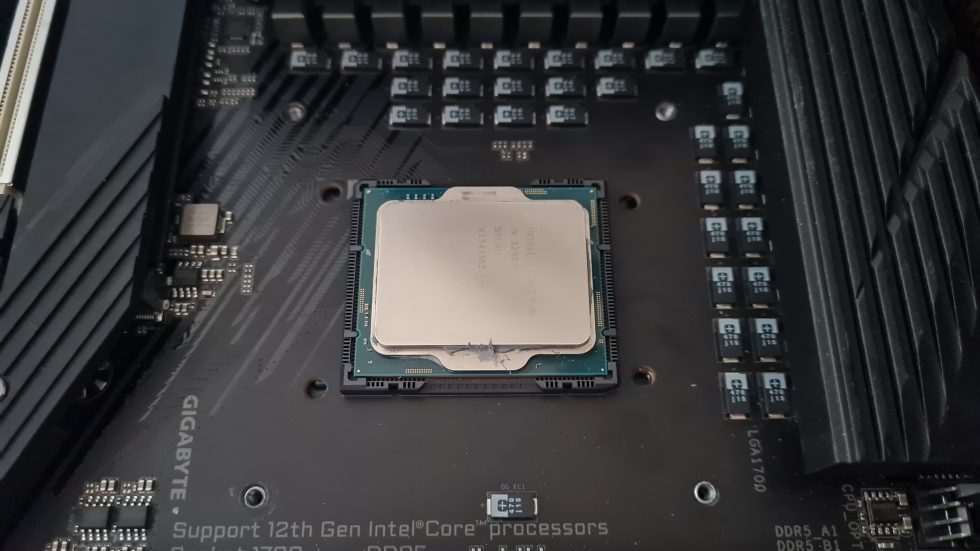 The CPU can also happily stay in the socket and thus protect the sensitive pins of the LGA socket. However, caution is still advised, since only gravity holds the CPU in the socket. The M4 washers are now simply placed on the 4 screw holes, whereby it does not matter whether they are made of metal or plastic. We will cover their recommended thickness on the next page in the tests. 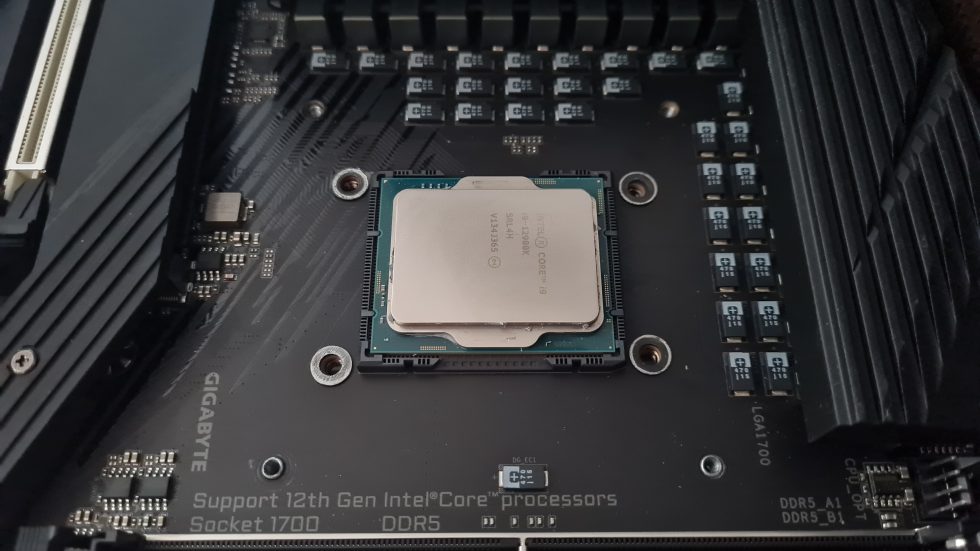 Now simply reinstall the ILM with the four screws, although I cannot give a fixed torque value. However, based on the perceived force required to loosen the screws, I recommend “hand-tight only”. Now close the socket again as usual, which should be a bit easier now, and install the cooler as normal.