We all know that Igor’s LAB and reliable measurement technology go together like a riot and it still captures the meaning quite well. I, Bernhard from CrankzWare, was consulted by Igor and asked for practical help to jointly develop a measurement prototype as a TDP simulator and, as it were, to bring it into the world in real existence. Of course, I like to support my dear friend with expertise and manufacturing know-how, so that this project was not only a lot of fun in the end, but also cost a lot of nerves – just as it should be for a demanding project. Otherwise life would be dull and boring. 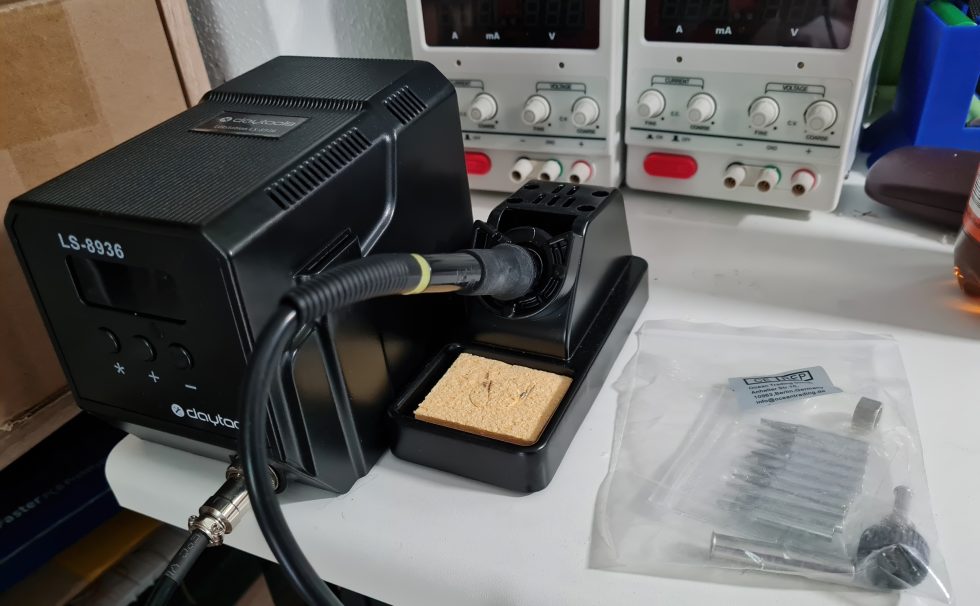 But what are we talking about now, specifically? Igor would like to test cooling components and heat conduction media, whether air- or water-bound, reliably and also reproducibly. The primary focus of this project is the precise control of the waste heat in watts, and secondarily, of course, the traceability and suitability for use in a laboratory environment. In short, it is a matter of converting electrical energy into thermal energy. What is particularly exciting about this project is that I have to intentionally emit exactly what chips actually only emit as an annoying side effect, namely heat.

The following maxims were prescribed for me as specifications:

Since I’m not a metalworker and I’m sure I never will be, Igor will (have) further developed and manufactured the more advanced work such as special support surfaces for heat conducting pads with special sensors and pressure adjustment. My part is that of a heat sling as accurate as possible as a reliable and durable base. The rest is then a pure accessory development and not my thing anymore. But also the construction of the heating station has become a bit trickier than initially thought. But I don’t want to get ahead of myself.

When electricity is to be converted into heat, one always thinks first of the temperature resistance of possible components and assemblies. Of course, in this context I decided to use an aluminium housing, because a thermal decoupling between heater core and housing can never really be 100% successful. The next thought was then how to make this prototype safe in operation. The answer is quite simple, at least with functioning building services: An input fuse, as well as a decent grounding of the housing are the usual minimum requirements.

We continue with the general electronics: We use power supply modules that convert our 230V alternating current to 12V direct current. The heater core will then use this 12V to efficiently convert electricity into heat. There are two basic ideas here: either use heater cartridges to fire the heater core, or load resistors. Both should work, but in the end I decided for the second one, the reason you will find out later.

Most of the work is done by the control system. This should be fast, precise and comprehensible. Of course it is good in the first step if we have thought out the energy conversion in general, but performance without control is also worth nothing. Since we are dealing exclusively with heating cartridges or load resistors as “consumers”, my solution is: power amplifier, PWM controlled on low-side.

Since the status and the settings of the device have to work quickly and reliably even in rough environments (and because my software developer is on his last legs in terms of capacity), we stick to analog technology here. Of course, a programmable display would also be a good idea, but that would require a lot more development time, so in this case, LEDs and a potentiometer, as well as a few illuminated LCDs will do for now.

I had my fun planning and assembling it, you have it now (hopefully) reading it. And I can promise you now, it will certainly be interesting and anything but too theoretical and boring. We are still craftsmen and developers, not politicians 🙂

Liquid metal pad in a practice test – blessing or curse? How to safely achieve the magic burn-in! | Tutorial
DDR5, is that you? – Kingston Fury Renegade DDR4-5333 CL20 2x 8 GB RAM kit test with teardown and overclocking

Bernhard is since a long-time a hardware developer in the field of optoelectronic. With his start-up CrankzWare he developed and sells a platform of an independent RGB, fan and pump controller, called RainPOW.