And something else before I start. The msI Z370 Gaming Pro Carbon motherboard used here isn't even bad, quite the opposite. It is one of the better ones and is in the VGA test system for 2018/2019. There are even more extreme motherboards, right down to the extra-nasty audio complete deniers, usually from the 100-euro shelf (and below). But if even such a motherboard, such as the one used for this test, cannot really convince, how cruel must the reality of the cheap homes be?

Sure, there are also motherboards e.g. with an ESS SABRE 9218, which is supposed to deliver 2 Vrms at the copphone output (e.g. on an Aorus X299 Master), but these are unfortunately real exceptions. But as already teased – the levels are unfortunately not everything on their own. And also ESS unfortunately does not write which impedance the 2 Vrms will be in. But I'll definitely find out in the next test, because a "up to" is more spongy than Sponge Bob after 2 hours of dishwasher.

What this article offers and what questions it answers:

What this article does not want to offer: 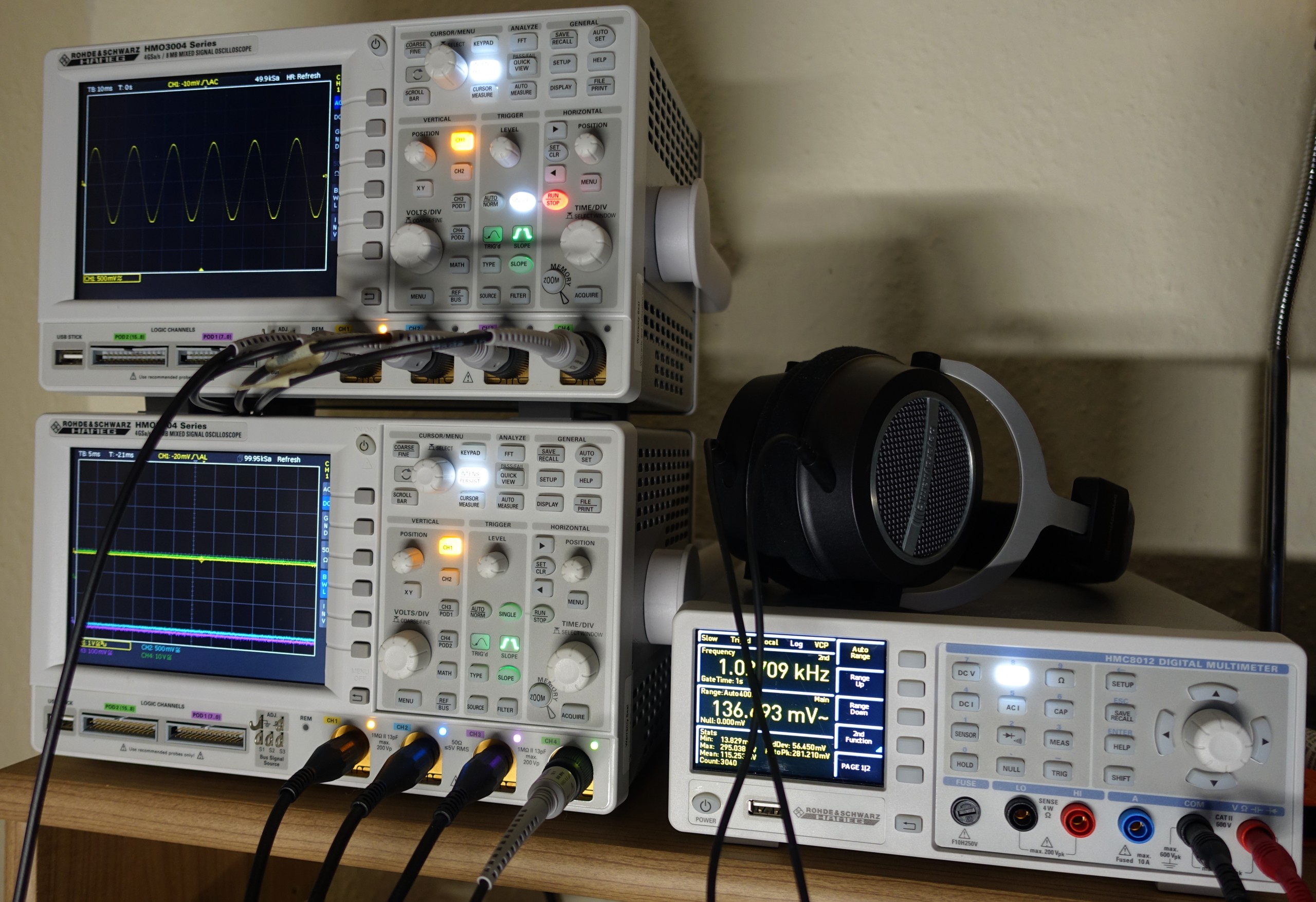 The reasons for this article

There are a lot of good reviews about the onboard sound and even blind tests that prove (want) that it doesn't always have to be the overpriced sound solution that seems necessary for daily happiness or is propagated as such at least mantra-like. However, almost all tests generally go wrong: you play music without processor and graphics card usage and assess a state that, for example, is a state that is will never occur in gaming.

Also, with smooth classical sound in such a test, no one will scroll back, down, up and down on the screen. This is far from practical and actually only proves that the DACs (digital-to-analog converter) of current motherboards are now better than their reputation. The problem, however, is that the digital part has long since ceased to be a weak point, but that the analog branch, including all signal paths on the motherboard, is the actual bottleneck.

Apart from the fact that the effective voltage (Vrms, I'll explain) for the clean control of the headphones is far too low on almost all motherboards, the "insilates" (interferences, transients) by a potent graphics hardware are a real Vulnerability, because the EMC tests and the CE certificates issued concern the GHz range, but not what ends up in our ears as mixed-together frequency waste. Often enough you can hear what you see, unfortunately.

Without becoming too technical now: at the nonlinearities of many amplifier units, mixed products are created from various signals, direct and indirect, because every non-shielded, metallic surface simultaneously acts like a small antenna. There is straightened and intermodulated until the doctor comes. Don't you think so? This can be measured and proven. Even where inexperienced ears can't or don't want to notice anything.

In addition, you operate (often without knowing it) your headphones at the audio output of your motherboard far below value! I have therefore inserted an extra chapter that deals specifically with it. After all, full control, over-control, distortions ("clirr") or the still (subjectively) cleanly achieved maximum level as acoustic added value are a really gloomy onboard chapter in itself.

And often enough, either headphones are stamped as cucumbers, even though only the motherboard doesn't play, or their "bad and unclean" sound criticizes, just because distortions that start far too early negatively affect the sound. Mr. and Mrs. Gamer like it loudly, but that's exactly what almost all onboard solutions fail to do. The beauty of this is that this too can be easily measured and proven. 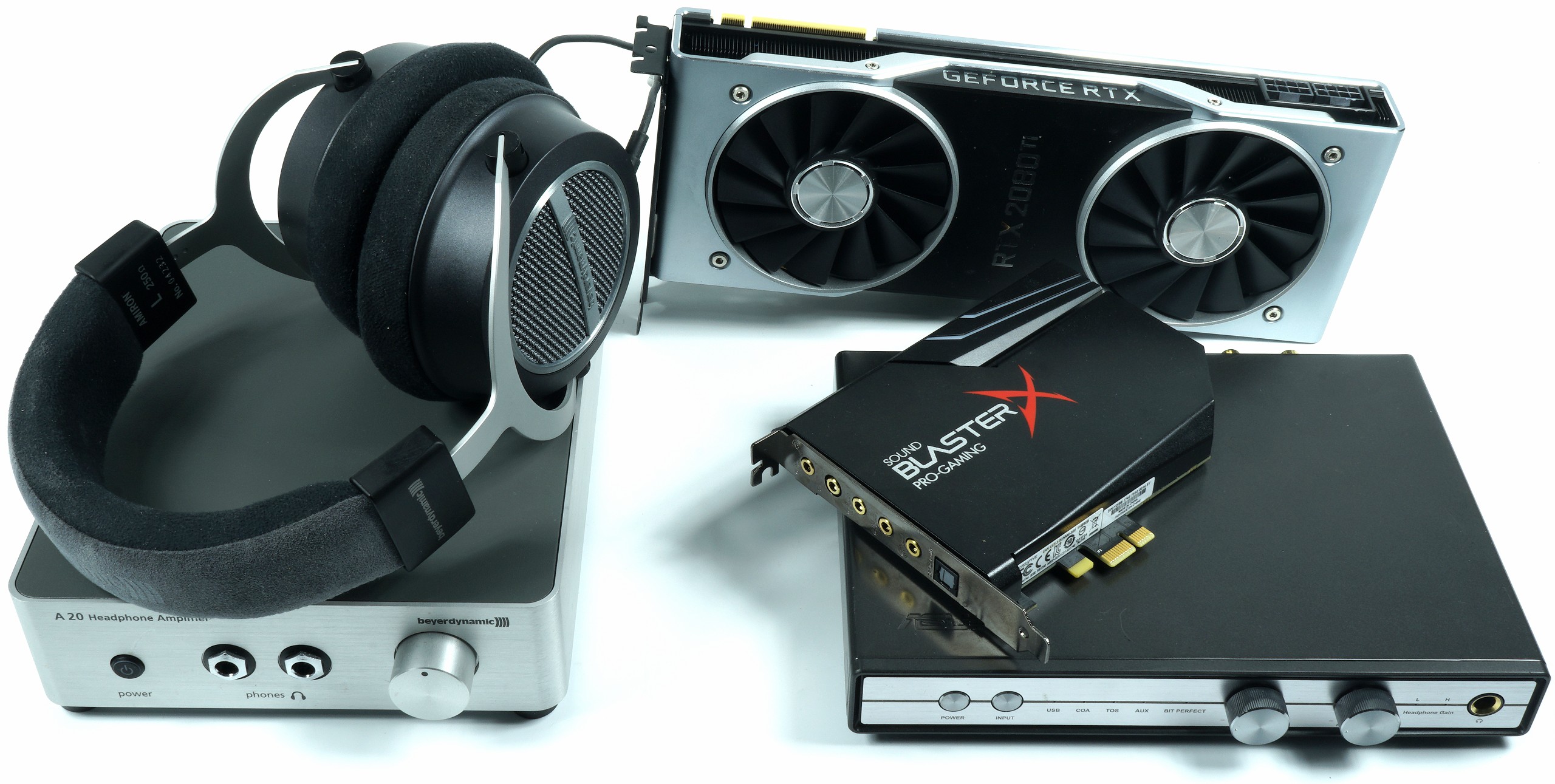 Since we have to concentrate on two completely independent topics, I also divide this article into individual thematic areas, which are then based on different individual measurements and analyses. In detail, this will be the case:

I measure the output voltages in general with the high-resolution oscillographer, but also do the necessary plausibility checks with the memory multimeter before each run. The beauty of this multimeter is e.g. the very high sensitivity and the possibility to determine and precisely control frequencies of the measured alternating voltages. At the output, I use only ohmic loads in the simplified measurement setup, thus closing the output of the sound solutions with a 32 or 500 ohm resistance. Open-running exits would be rather unpractical and therefore pointless.

The low-impedance measurements are interesting when it comes to mainstream headphones with impedances between 16 and 50 ohms, the other measurements with the closing resistance of 500 ohms are important for connecting external speaker systems (analog input) or high-impedance headphones with impedances between 250 and 600 ohms. Because they are also available (not only, but above all) in the professional environment (then quite frequently).

The actual VGA test system remains unchanged and I have already described it in great detail in the basic article "How We Test Graphics Cards" (English: "How We Test Graphics Cards"). For the sake of simplicity, therefore, I am now only referring to this detailed description. So if you would like to read all the relevant information in detail, you are welcome to do so. But there is something going on here about the audio theme.