SSDs have become an indispensable part of everyday PC life, and the slim NVMe SSDs in the M.2 slot are even more so. With the EXCERIA PLUS, TLC NAND and 5 years warranty, KIOXIA (quasi Toshiba) wants to expand the EXCERIA series upwards and relies mainly on components from its own production. This extends to the board layout, so this time it’s not one of the usual TECHVEST clones. We recently tested the HP SSD EX950 M.2 2TB (BIWIN) starting at 230 euro, which is clearly ahead of the KIOXIA product, which is currently priced at almost 270 euro. After all, 40 Euros more and today’s test has to show whether this is money well spent. 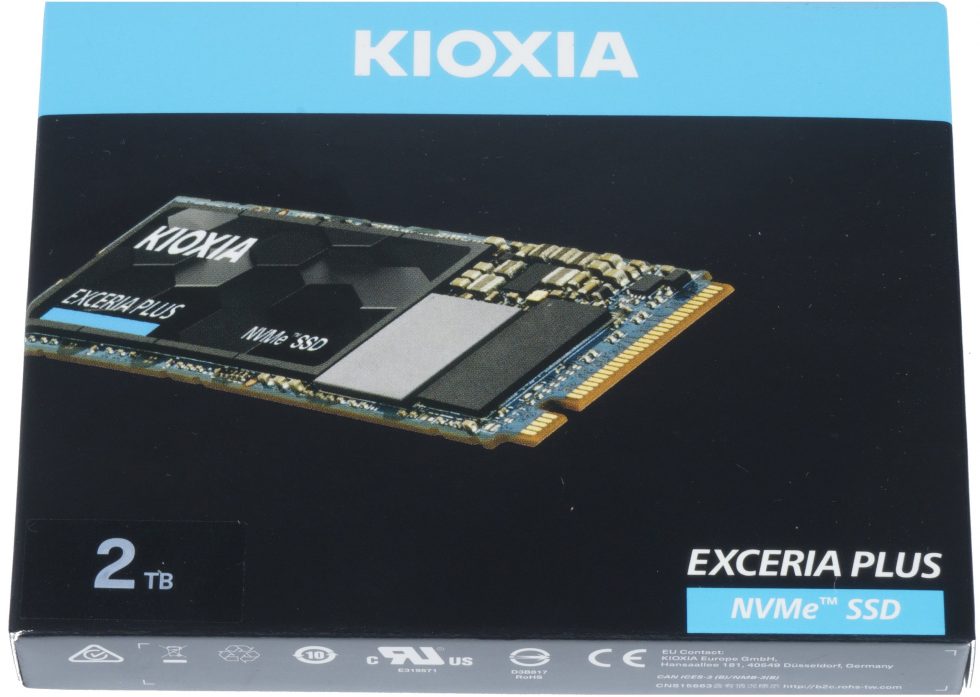 For those who don’t know what to do with KIOXIA: Toshiba became KIOXIA and they present the EXCERIA series under a new label, which moves in three directions: the normal consumers, enthusiasts and the upgraders with SATA option.

Some time ago the RC500 was introduced and I had tested the “normal” EXCERIA with 1 TB size, which even uses the same controller and is also available in stores as NVMe-SSD for the normal consumer. The EXCERIA Plus is now set to continue along this path and is aimed at enthusiasts. 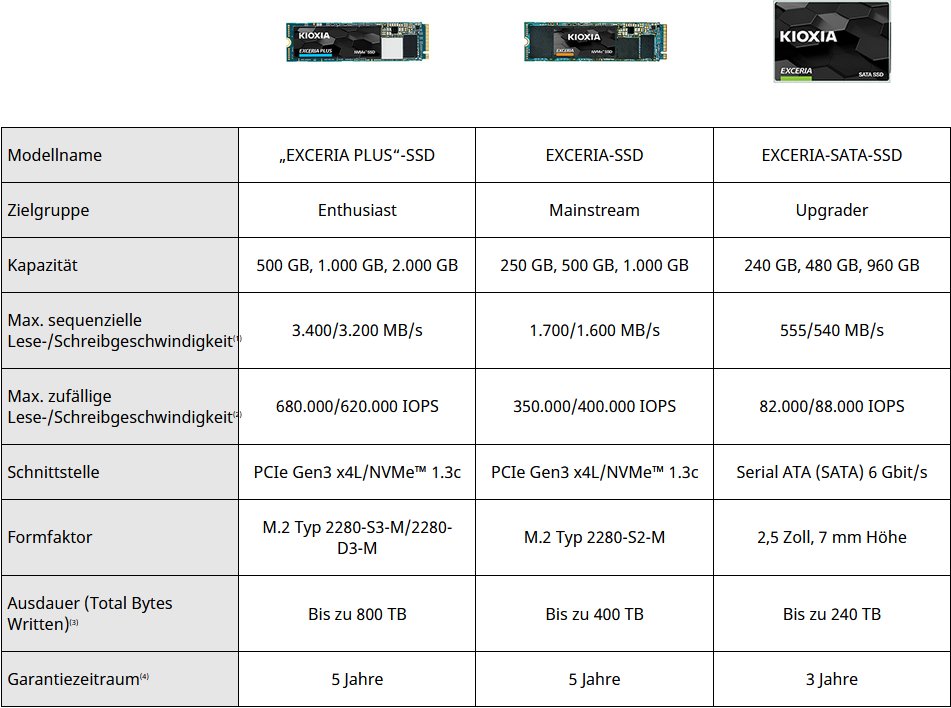 The M.2-2280 form factor makes it suitable for most current motherboards and it comes in 512GB, 1TB and 2TB sizes.

But back to the SSD. It is good (and customary in the industry) that KIOXIA gives a 5-year warranty here, or until the TBW of 800 TBW is reached. This is, compared to many competitors, relatively little and should certainly be exceeded. The SSD tested today apparently has a proprietary 4-channel controller that looks a lot like a labeled OEM product. The former Toshiba controllers were at least black. We will see later that the behavior is quite different from that of most Phison or Silicon Motion controllers.

With BiCS4, the in-house 96-layer TLC NAND is used, which is located in 8 modules on the front and back of the board (4 + 4), the 8 GB SDRAM comes from SK Hynix.  The SSD comes without a cooler and struggles with temperatures after a short time without active cooling. Throttling starts at around 70 °C and the performance drop is already extreme at around 75 °C. At 79 °C the end of the line is reached. Even though I could only measure an ample 3.7 watts of power consumption in the peak, this SSD is hardly usable without further cooling. Especially the controller heats like there is no tomorrow (peak over 80 °C)

Here again the most important information as PDF: