Toshiba became KIOXIA and now the EXCERIA series is presented, which moves in three directions: the normal consumer, enthusiasts and the upgradeers with SATA option. Some time ago, the RC500 was introduced, which even uses the same controller and is also available in stores as an NVMe-SSD for the normal consumer. EXCERIA (without Plus) is now to continue on this path. The M.2-2280 form factor makes it suitable for most current motherboards, and the street price could be interesting for some upgradeers who don’t want to swing the big globe. 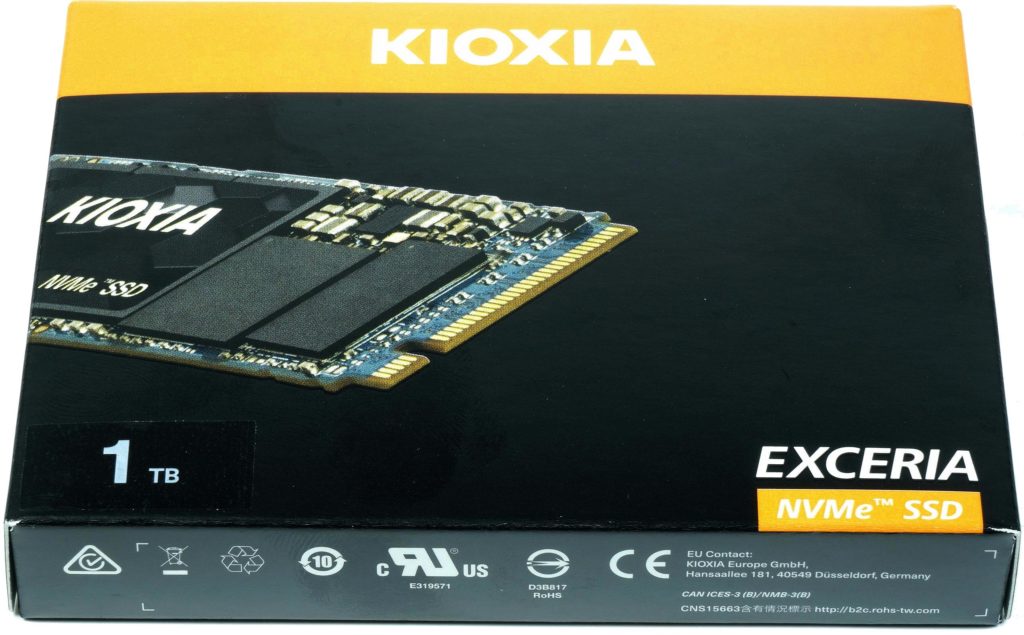 KIOXIA again uses its own controller for the EXCERIA as well as flash memory from its own factory. But is such a part suitable and if so, for whom? I have of course also tested the newly released SSD. 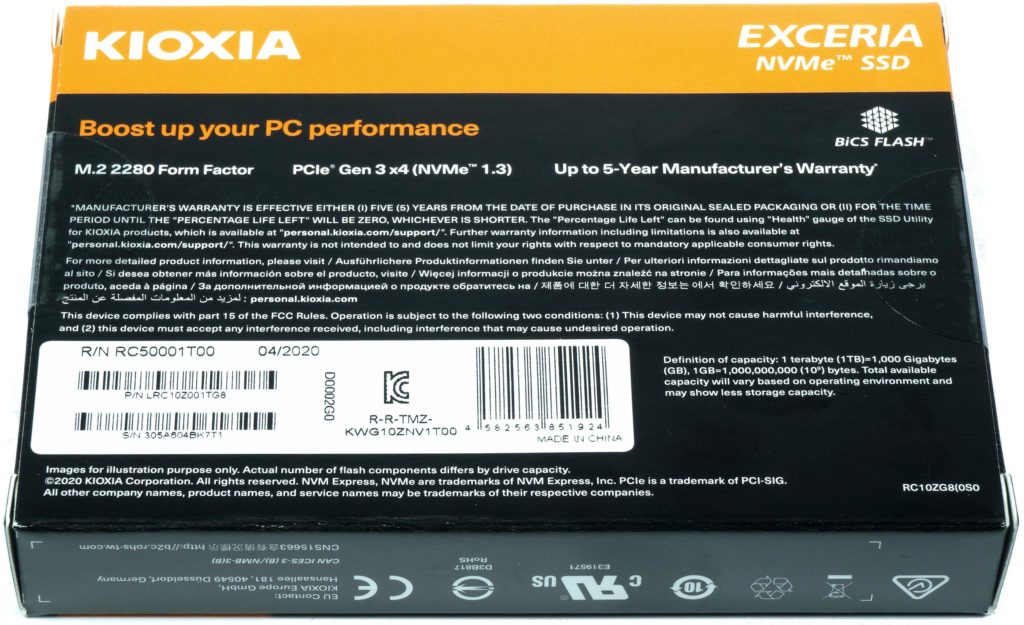 The flash memory called BiCS4 X3 consists of a total of 96 layers and stores three bits per cell (TLC). A total of 4 memory modules with 256 MB each are installed on the front side, the back side remains free. The whole thing runs on the TC58NC1, a four-channel controller from our own company, using the same model as on the RC series. Only PCIe Gen3 is supported, but still x4.

A DDR4 module from Samsung with 1GB size and 2666 Mbps serves as RAM. The following gallery shows once again controller, memory chips, the RAM and the UL number on the board under the microscope: 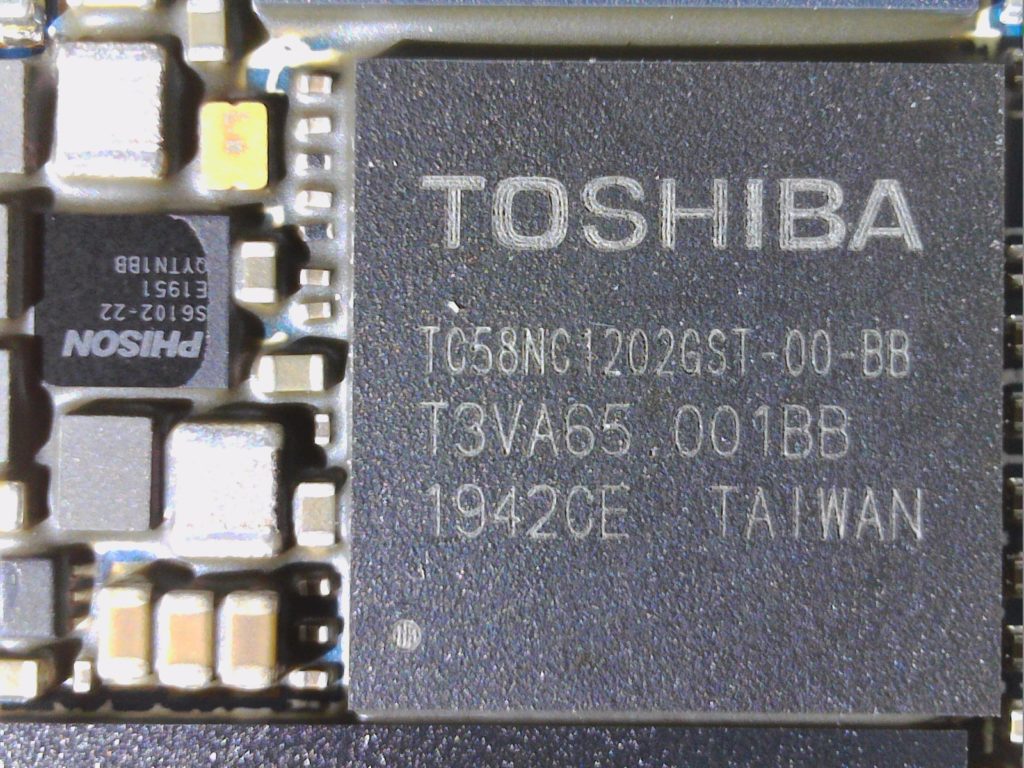 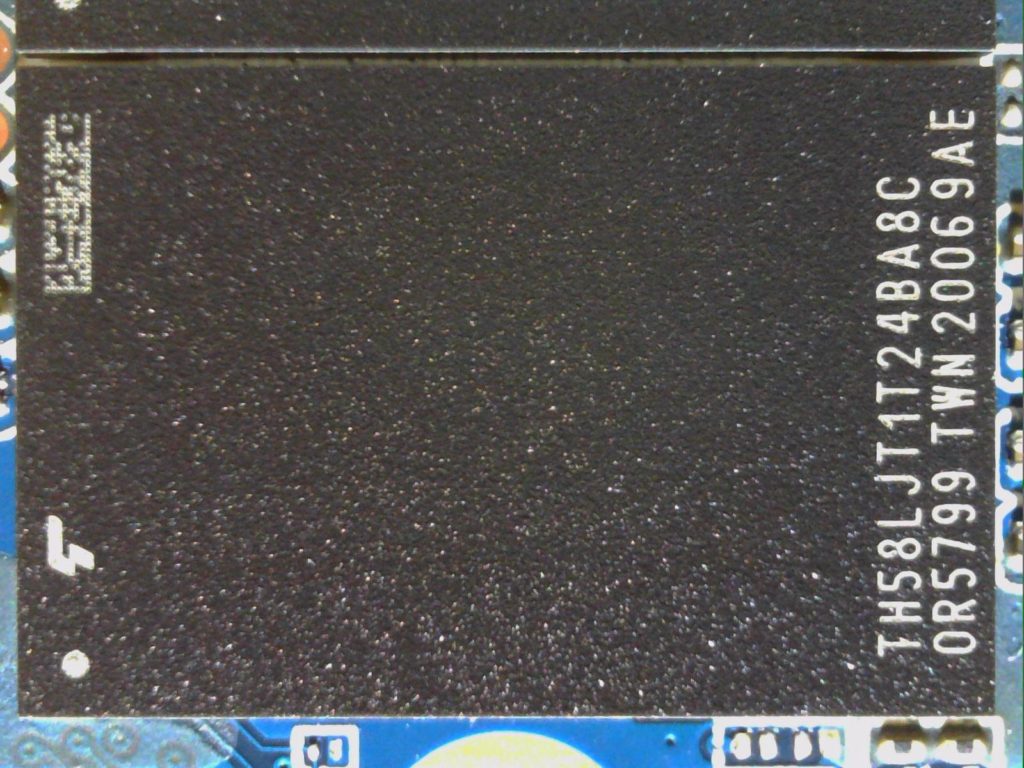 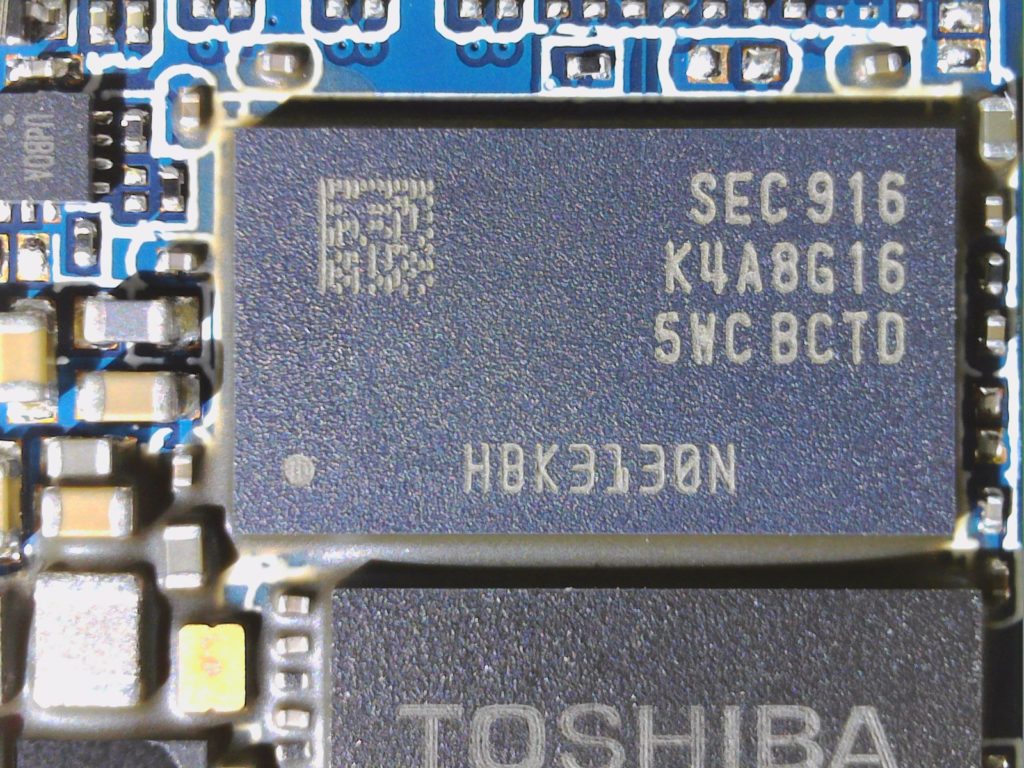 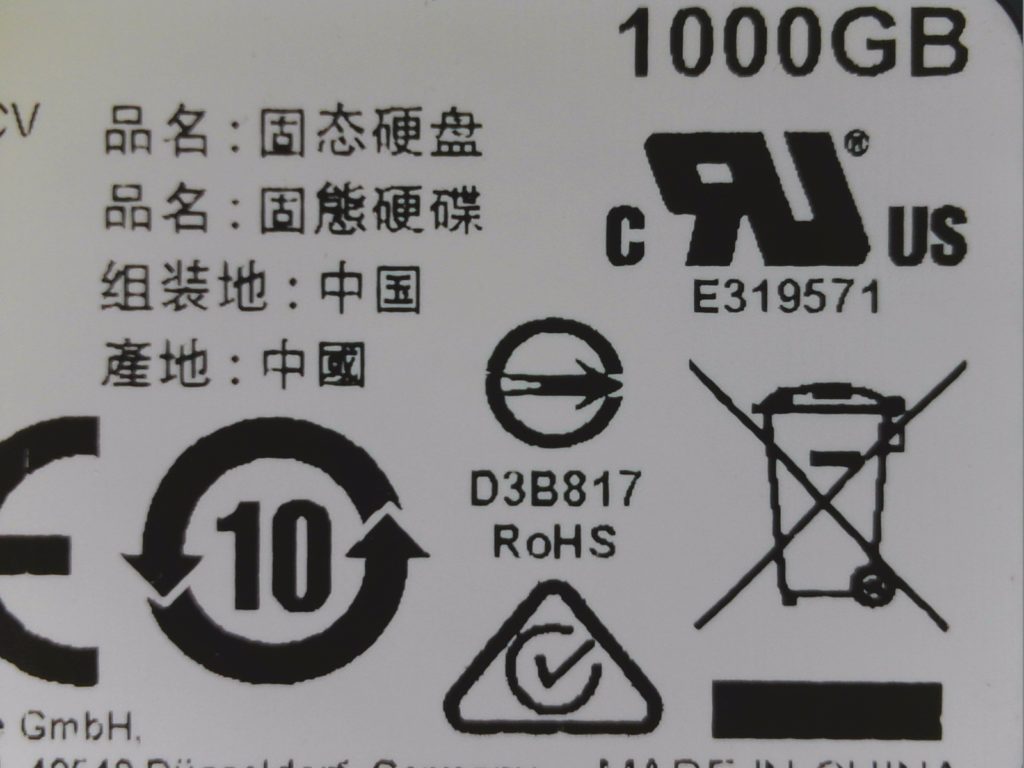 The manufacturer specifies the read rate of the EXCERIA with up to 1.7 GByte and the write rate with up to 1.6 GByte/s, just like the previous model. The IOPS is estimated to be up to 350,000 reading and up to 400,000 writing, which is slightly less than the figures for the RC series.

The EXCERIA also uses a pseudo-SLC buffer (pSLC) and thus writes the data to a special cache with 1 bit instead of 3 bits – if this is full, the speed drops dramatically. But I don’t want to anticipate my test. However, almost all competitor products also suffer from this typical design problem, so that no individual criticism should be made here. Normally you will hardly notice it. Ambitious streamers will rely on other SSDs anyway.

The board also reveals via the so-called UL number that Toshiba Memory has been trading as KIOXIA for quite some time and this was officially announced in October 2019. For the curious, I have also attached the data sheet again, the benchmarks and the test of the SLC cache can be found on page two.

Please turn the page, then there is the test!