With the KFA2 GeForce RTX 3070 Ti SG (One Click OC), where the SG stands for Serious Gamer, KFA2 offers an amped graphics card that is subject to LHR restrictions and is rather unsuitable for mining Etherum. That’s probably the reason for the abbreviation SG, which verbally excludes the sideline at least with this special cryptocurrency, but otherwise has no influence on the normal behavior of the card in games and applications. With currently 879 Euros, the card is even cheaper than some (somewhat slower) GeForce RTX 3070, after all. 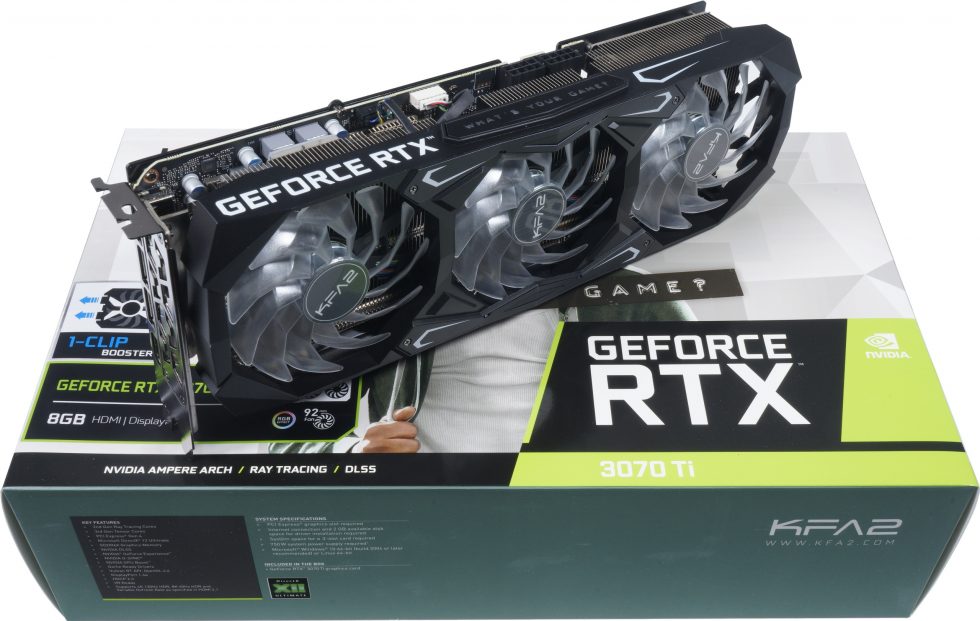 However, the gap between the already launched RTX 3070 and the GeForce RTX 3080 is large, so many have been dreaming of a GeForce RTX 3070 Ti with an even more stripped down GA102 until now. But now NVIDIA tries it from below and releases the GA104 completely. However, with only 2 SM more, even on paper it will probably be rather hard to really fill the gap between the two cards in the middle, even if you want to speed it up even more with the help of the faster memory. But let’s see what KFA2 can offer with a slightly higher power limit. 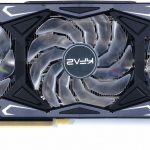 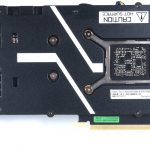 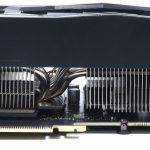 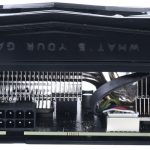 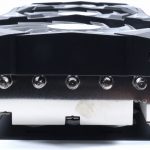 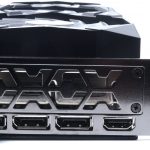 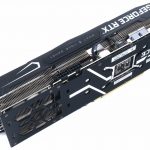 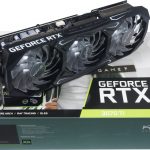 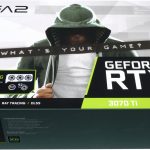 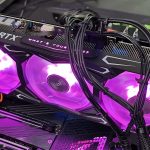 The card looks much simpler than many a competitor’s product, but that doesn’t have to be a disadvantage, on the contrary. RGB yes, but eye-killing it is not. The KFA2 GeForce RTX 3070 Ti SG 8GB weighs 1147 grams and is thus not much heavier than the reference card, but still offers something like a graphics card holder with RGB in the scope of delivery. It is also much longer with its stately 31.5 cm, not quite as cantilevered 10.5 cm high (installation height from PEG) and in addition 5.2 cm thick (2.5 slot design), whereby a backplate and the PCB with a total of five additional millimeters are added.

The KFA2 GeForce RTX 3070 Ti SG 8GB is powered via two standard 8-pin sockets, so everything as known and used, when a card has 310 watts (optionally up to 330 watts) power limit. We also see the vertical orientation of the cooling fins and the board reinforcement in the form of a backplate without a further frame. Three 9 cm fans (rotor blade 8.5 cm) provide the necessary fresh wind for cooling, which has been proven to be sufficient.

The slot bracket is perforated, carries 1x HDMI 2.1 and three current DP 1.4 connectors. The USB Type C port, on the other hand, is missing. More about the construction, the cooler and the assembly will follow soon. 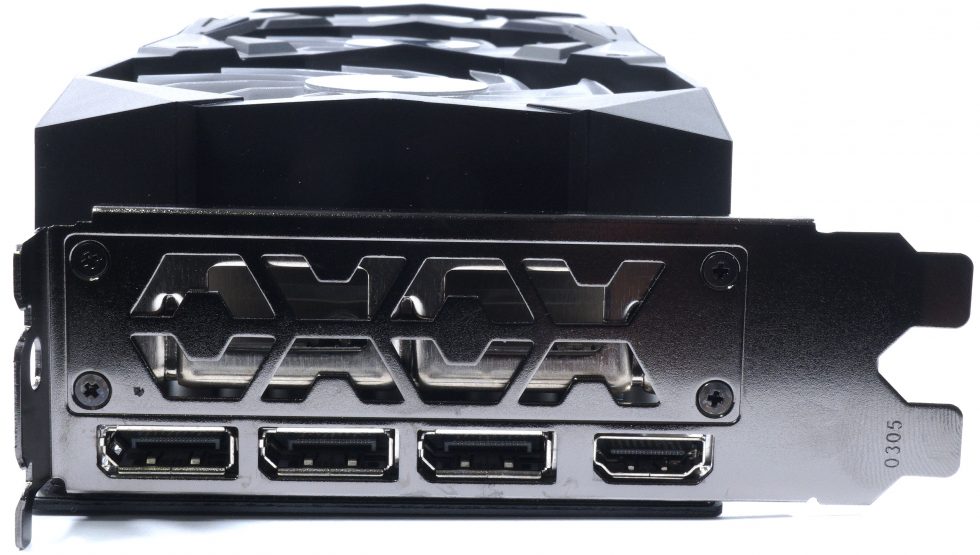 While the base clock is specified with 1575 MHz, the boost clock is 1800 MHz (FE at 1770 MHz), which is even reached. The card relies on 8GB of GDDR6 at 16Gbps, but we’ve been over that. For the rest of the key data, please refer to the GPU-Z screenshot… 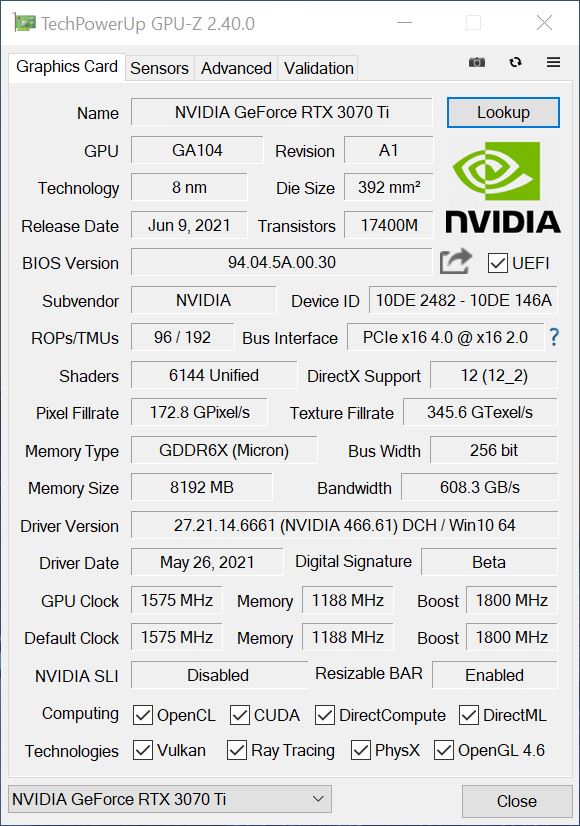 … and the tabular overview (where the values of NVIDIA’s RTX 3070 Ti FE were put in brackets).