The Alpenföhn Wing Boost 3 is so different that I exceptionally deviate from my principle to present and test only recommendable products with real added value, because you can’t get a benefit from things you should better not buy. But I really have to make an exception here, because this fan is so off the rails that I’m sure it’s worth reading. And no, I have nothing against Alpenföhn as comapny, but against this horrible product. And yes, it is a warning. 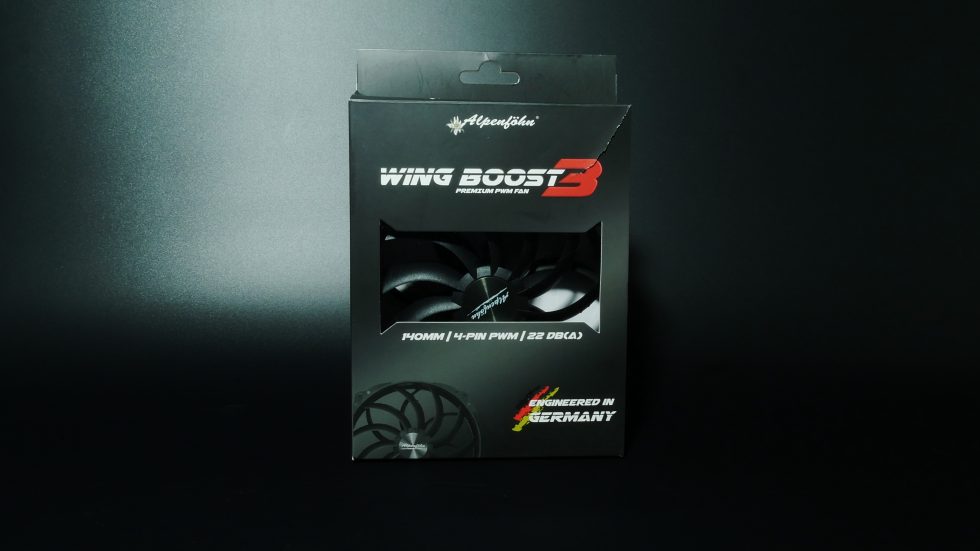 I have now spoken with EKL and it was one of the longer phone calls, where you also try to meet the counterpart not only a bit, but also emotionless clarifies what, how and why went as it just went. The sampling as such was probably more in the category of misunderstanding, since current models were not in stock at the time of shipping. By the way, EKL does not doubt the measurement result, they know the deficits of the fan all too well themselves, but they explicitly refer to the new series of ARGB fans, which we will also test.

EKL also visibly set the fan EOL on the homepage after our test and marked it that way, while also adding the reference to a primary use on the Brocken 3. That the change of the website was not communicated further in such a way and thus also allowed false conclusions, the course (also in the forum) is probably rather a misunderstanding that has now been cleared up. The fact is that the fan tested here will eventually be taken off the market, with whatever intention. As always, we will objectively test the replacement.

With street prices starting at 14 to 15 euros, they are mid-class, so we will also include the price as a point for the evaluation. And normally I follow my maxim mentioned at the beginning, but here I was probably misguided by one or the other somewhat too benevolent review. Now, there is still a difference between subjectively (or for whatever reason) liking something and really objectively measuring it, and in the end it was clear that it was not the test sample that was defective, but rather the product that was questionable. Because a counter test showed no difference.

One also gets a bit confused by the different data in the specs, because e.g. the volume specifications for the operating noise on the packaging and manual (22 dBA), homepage and Geizhals (19 dBA) differ greatly from each other, while a specification for the static pressure is completely missing. And that was certainly no coincidence, as we will see in the test. The manufacturer’s specifications for the volume flow rate are also not uniform and this is where you really start to wonder. 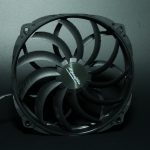 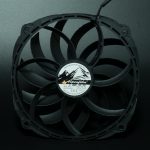 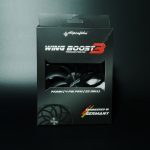 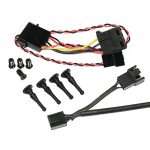 The black frame is designed rather plain, that still fits. Not everyone needs ARGB either. But the 120 mm hole pattern not only seems like complete nonsense, it is. Where and how should you actually attach this fans? On a 120 radiator the fan overlaps and on a 140 or 280 radiator you can just drive the screws into the fins. If you use it as a case fan, however, you have to ask yourself what the whole thing is actually good for. To squeeze a 140 fan into a 120 corset requires some optimism or ignorance.

The weight of 122 grams for a 140mm fan is extremely low, which does not bode well for the motor. Adding a 7V DC adapter for a PWM fan is actually not a solution either, if the electronics have problems with the regulation anyway, like with this fan. But more about that in a moment. Considering the reported MTBF of 280,000 hours, it’s all the more surprising that you don’t get a manufacturer’s warranty other than the legally required one.