Today I want to test the Intel Core i5-12400 in gaming first, before there will of course be the follow up with real application benchmarks soon. I used two brand new B660 motherboards as a base this time and also compare the DDR4 with a DDR5 version of the MSI MAG B660M Mortar WiFi, because there are some really interesting differences with partial advantages for both RAM versions. Actually both motherboards are more or less identical and they only differ in the memory connection. The CPU doesn’t really care, because it can do both.

Interestingly, I can spoil this in advance, my tests with the emulated CPU were almost exactly on the same level as today’s results. All done right, and if one were malicious, one would almost think I could have actually saved myself today’s test. But – the next pages will show that too – different boards, different RAM, highly interesting details. And the real Core i5-12400 is even a bit more frugal than the already stingy emulated processor. So the world could be really nice, if it weren’t for the senselessly overpriced motherboards. But I’ll get to that in a minute. Fact is: you always have to see such a system in the sum of CPU and motherboard. But that’s exactly what’s going to be interesting now, let us surprise you.

The CPU, in the form of the Core i5-12400, is a true retail CPU, like the ones customers can buy in stores, and I deliberately decided against a Core i5-12400F when I bought it because I also want to test the integrated UHD graphics at a later date. But that is not the goal today, instead we will look at the suitability as a gaming CPU in the (lower) mid-range. With a base clock of 2.5 GHz and turbo clocks of 4.4 GHz (max. 2 cores), 4.2 GHz (max. 4 cores) as well as 4.0 GHz (allcore), the key data corresponds exactly to what could be read everywhere in advance. 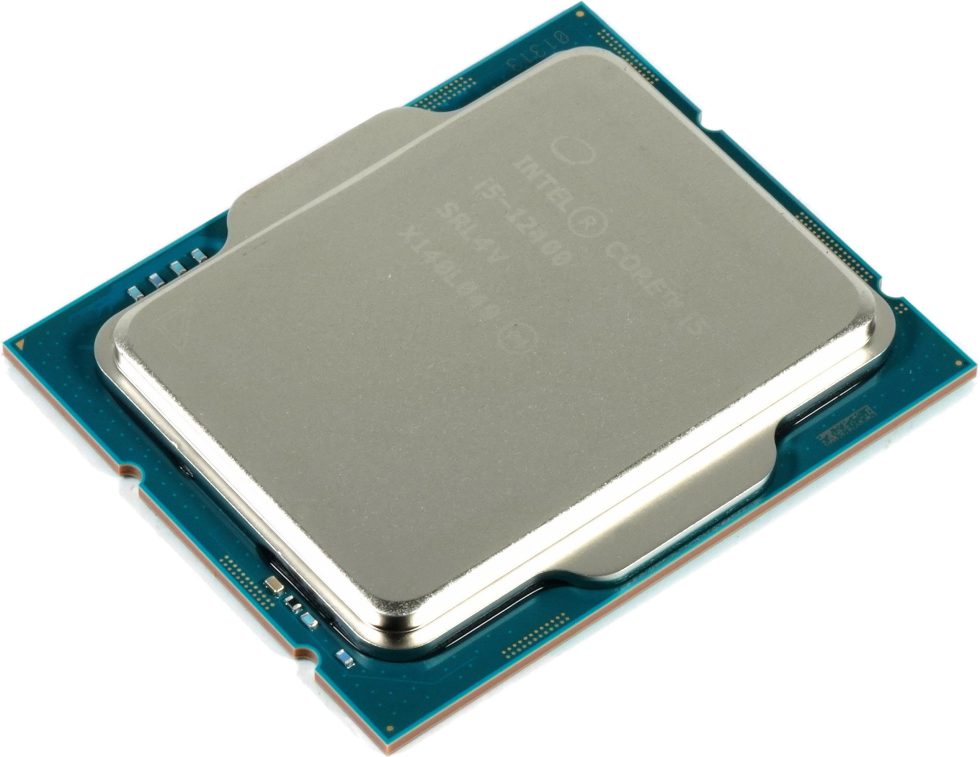 In addition, the L3 cache is reduced by 2 MB compared to the i5-12600(K/F) with 18 MB, which is also due to the different layout, since the mask of the small Core i5 generally does not provide for E-cores. The one block of the cache, which is otherwise stuck in the area of the smaller E-cores in the scheme, can be omitted at the same time. In addition, AVX512 is also dropped out of the box, no matter what microcode has just been implemented in the BIOS. This is where Intel pulled the ripcord from the start. Where would we end up if every Tom, Dick and Harry with the economical 6-cores would also set up cheap servers? This move is not only incomprehensible from the customer’s point of view, but also costs sympathy points once again. Intel could have clearly scored points here compared to the competitor in terms of features. But they don’t want to, for whatever reason. 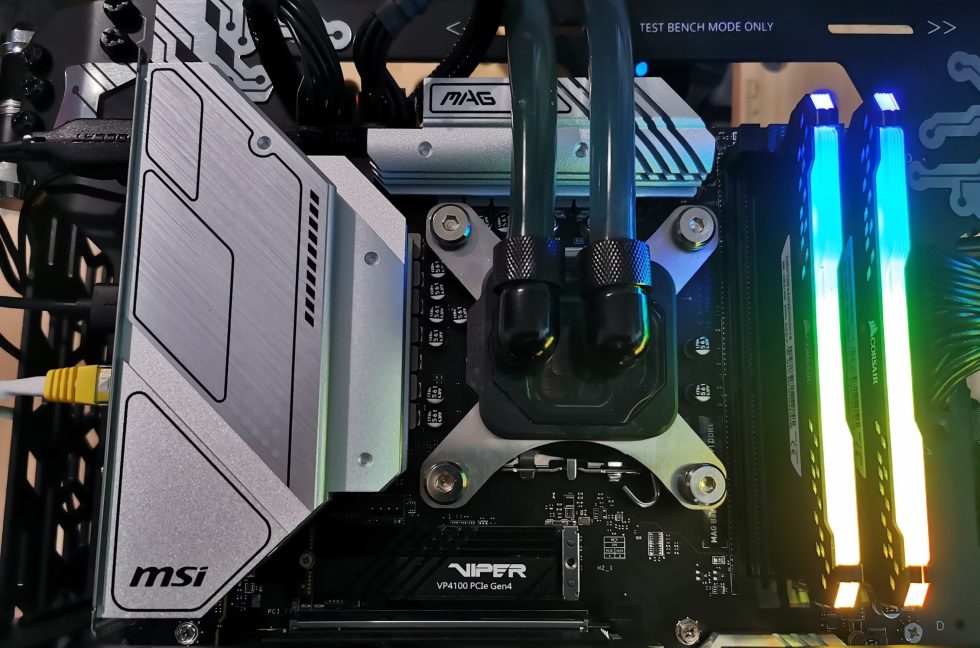 Once again an overview of the CPUs tested so far and the new Core i5-12400 as a tabular comparison:

Of course, Intel launches even more non-K processors today, whose listing is quite interesting. The T and H series I will indroduce in a follow up. You can simply click on the graphic to enlarge it:

The least sacrifice compared to the big Z690 will be the H670 chipset, which unfortunately was not available to me on any board. Because this can also be connected to the CPU via 8 DMI 4.0 lanes and also supports the total of 16 PCIe 5 lanes coming from the CPU, which could also be used separately as two x8 lines. The number of PCIe 3.0 lanes supported drops from 16 to 12, and USB 3.2 Gen 2×2 ports are a maximum of two instead of the four on the Z690, USB 3.2 Gen 2 only four instead of the 10 on the Z690, and USB 3.2 Gen 1 eight instead of ten. The rest, as well as the number of possible USB 2.0 and SATA 3.0 ports, remains unchanged between the H670 and Z690. The B660 chipset, on the other hand, as a low-priced variant for the broad masses, no longer offers a division of the PCIe 5.0 lanes on the part of the CPU. The number of DMI links to the processor is also halved to just 4 and the PCIe lanes offered by the chipset itself are also more minimalist with six PCIe 4.0 and eight PCI 3.0. There are fewer ports for USB 3.2 Gen 1 and USB 2.0, and SATA support is also halved to four ports. In the case of the B660, however, it ultimately depends on the board manufacturer and the model, because all functions will probably never be available at the same time, which is probably also due to the necessary multiple assignment of the GPIO lanes. I’ll leave the H610 out of this for now, we’ll catch up with that with the very small CPUs. 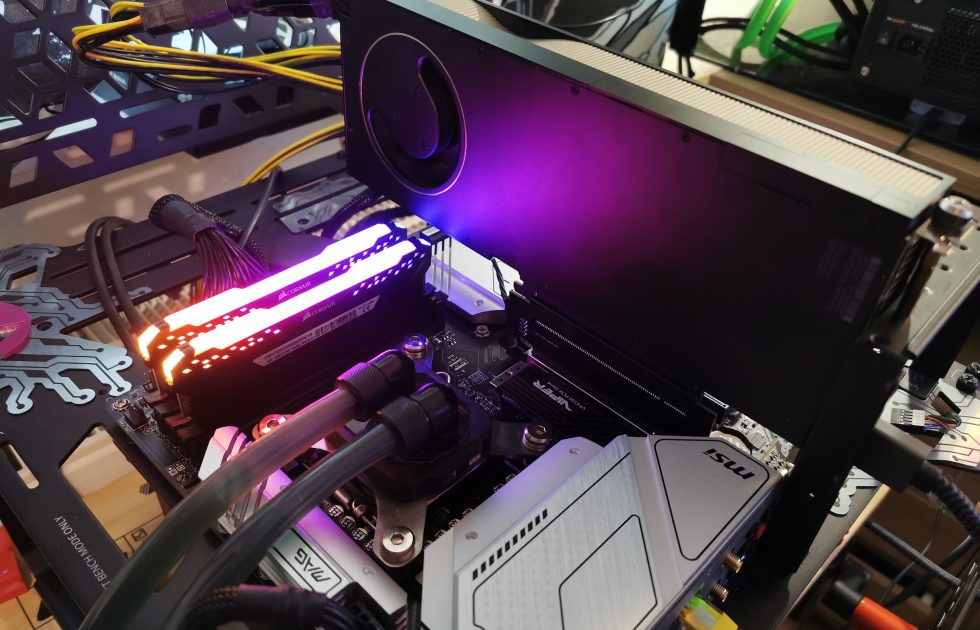 I use, also out of pure habit and because my reseller of confidence carries these parts, two almost identically constructed and absolutely identically equipped B660 boards from MSI, so that the results are better comparable as well. You can see their equipment on the next two pages. However, these retail boards were still equipped with older firmware and thus also the old microcode. So of course I tried what works and what doesn’t with AVX512. While the i9-12900KF with Microcode version 12 could still do AVX512, the feature is already missing with the current Microcode 18. In the following gallery you can see that even with the old BIOS no AVX512 was available for the real Core i5-12400, so it wasn’t implemented “temporarily”. 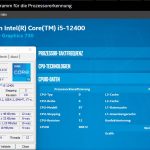 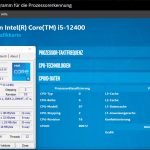 By the way, I noticed that the performance of the Core i5-12400 with the old BIOS was significantly worse in contrast to the i5-12600K and especially the achieved Turbo clock was significantly lower with less than 6 cores. The buyer of these boards is thus virtually obligated to either question the BIOS version at the reseller and to press for a BIOS update and/or or to carry this out himself. On the DDR5 board this made up for almost 7% more performance, which is really a lot!

What is the Intel Core i5-12400 on the B660 motherboard really capable of in workstation and productive use case? Our practice test | Part 2
Seasonic Prime Fanless TX-700W – Innovative power supply, very solid components and a hidden design problem