The hype around the EarFun Air was already quite big, probably also because of cleverly launched reviews and press releases. A pair of buds for the narrow thaler with a rich sound and other good qualities? the reality: sold out and waiting for supplies. That makes you curious and a bit sceptical at the same time. All the more astonished I was, when I was asked to do a review, that I accepted after a short consideration. That’s why the tested sample this time comes from the manufacturer and not from the trade, which does not mean that I will be influenced in any way. 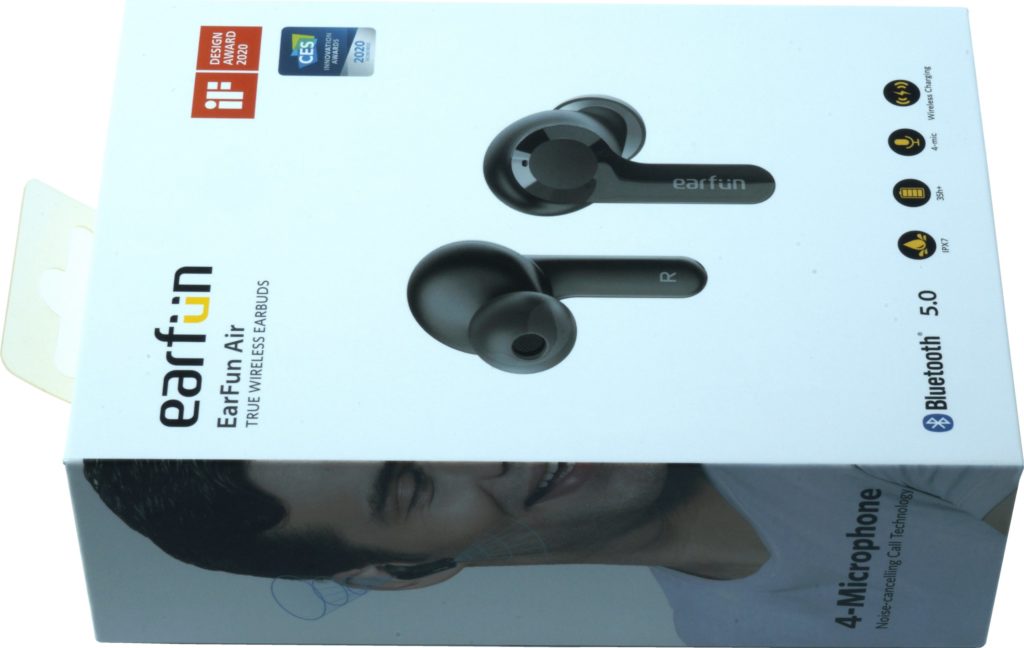 But what actually attracted me most to this project was the price. If you could find even a large part of what was promised in reality, this would speak for this product and also for the way it is marketed, because for good buds you pay a lot more with almost all suppliers or you simply get acoustic e-waste. But this time I didn’t have to take any financial risks, so it suited me pretty well, you have to be that honest.

Said, delivered. From Amazon, that’s fine. I removed the shrink foil and simply unpacked the whole thing. What do you get for the 60 Euros? the in-ears, of course, a charging case, the matching charging cable, four pairs of earplugs of different sizes to exchange (one of them pre-installed), and a short manual. By the way, the charging case has turned out to be quite big, which requires at least a bigger trouser pocket for a mobile use.

But these in turn bulge suspiciously and it almost looks like the often circulated biscuit roll for padding. Cojones and stuff. But – there is a battery built into the box, which can recharge the buds on the way, if you transport them in it. And, as a consolation, there is a USB-C port with a quick-charging function for the case and you even support the wireless Qi standard. But you would have to send a suitable QI mat into the race yourself, so it costs extra. 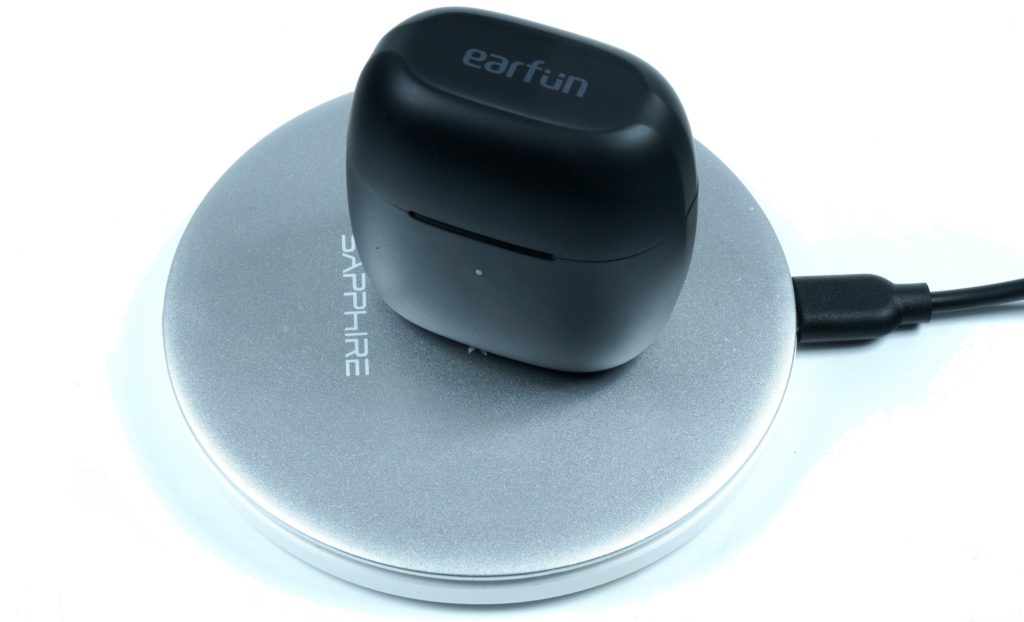 The in-ears themselves are quite big and look a bit clumsy, probably also because of the edges. Nevertheless, they are pleasingly light and relatively easy to handle, which can be quite pleasing. The exterior is relatively simple and unobtrusive, which is not a disadvantage. The dynamic 6mm drivers are housed in a splash-proof IPX07 enclosure, which should be enough for the rain shower when jogging. On the back of each build there is a touch field for control, which unfortunately reacts with some delay and in the end only allows a limited choice of commands: Start/Stop, volume, call acceptance and starting the digital assistants. The rest must be dealt with at the source.

By the way, the wearing comfort was surprisingly high once you found the right silicone ear pad. You can hold out for the 5 hours until it stops, but then the parts have to be loaded into the case at the latest and the ears have earned this break. By the way, on the picture below we can see the three status LEDs on the two buds and the case.

Pairing via Bluetooth 5.0 takes place once after charging and removing the buds from the case. AAC and SBC are on board, the noise cancelling is done via the built-in microphones and is somewhat present. But it is not enough for a peak value. The voice quality, once you make a call, is rather low average, because the person opposite still hears you quite clearly, but it sounds a bit dull and musty, no matter how you have aligned the buds.

The thing with the latencies is a bit more annoying. Anyone who tries with the buds, for example watching a YouTube video will be disappointed. For the hero dies without a sound, while the shot is only heard when he is already buried. Well, that’s a bit exaggerated, but lip sync is a real foreign word with no chance of translation. The touch control works quite well. And what is it with the intelligence from advertising? Well, if you take one of the in-ears out of your ear, stop the playback and put it back later, it keeps on running. It’s not new, but it works.

The sound of the EarFun Air is miles away from real Hi-Fi, which should not be surprising considering the price. There’s some bass, which you could boost a little bit on your smartphone via EQ (if the software allows it), but this is at the expense of the level stability, which is not too high anyway. The upper bass is still ok, but the lower mids weaken considerably. This then continues somewhat spongy and imprecise up to the treble, which then again reaches the ear in a reasonably clean way.

So they are pure fun listeners for on the road, you can’t really enjoy music with them. But podcasts go quite nicely, so the voices fit. Only the big stage when playing music is almost completely missing. Spatiality and depth graduation are not the thing of the EarFun Air. 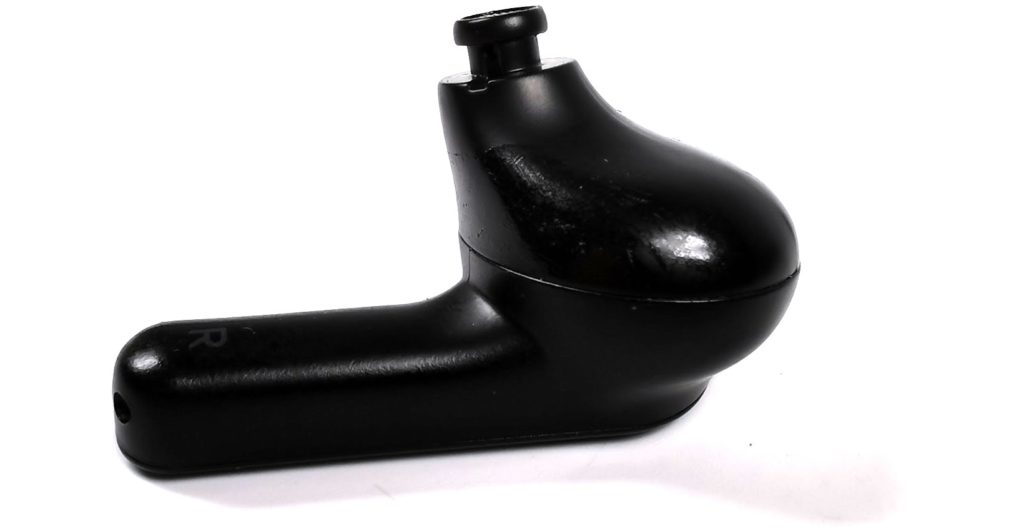 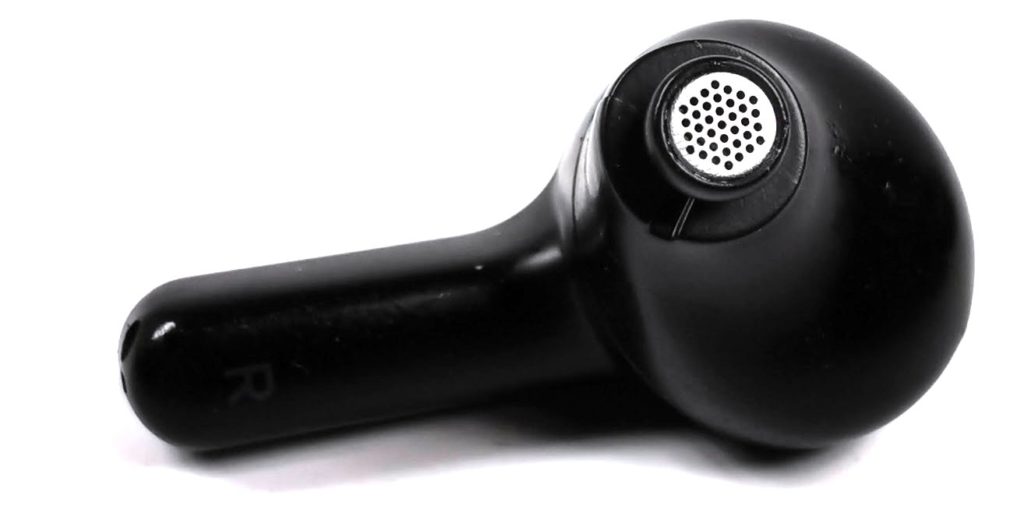 I am fair and I measured the runtime only after 10 loading cycles, because the buds had to survive a long term test in the family. Five to six hours are quite feasible at a moderate volume, I never managed to reach the indicated seven hours even with rather discreet chamber music. If the case is added and the buds are not completely unloaded (re-charge after approx. 3 hours), you will get between 23 and 25 hours, depending on volume and genre.

You can also let the buds suck empty and then recharge, then it is enough for about 4 battery charges. But after that everything is empty and cries energetically for about 4 hours of charging on a smart power supply. Loading per QI can take a little longer, depending on the potency of the base. But six hours should be enough time.

As always: You get what you paid for. The EarFun Air do what they should do without attracting negative attention. There are no real highlights, but there are no negative points either. Whereby the QI is quite nice, because one remains clearly more flexible. The rest is average as it is written in the book. The 60 Euros are fine, only the delivery situation is a bit unclear. Sometimes you can buy them, sometimes not. That’s exactly why I don’t set a link here, the product can also be googled.

NVMe SSDs in practical tests: What is the real advantage of PCIe 4.0 compared to 3.0 and is it worth the extra cost?
Nubert nuPro X-3000 RC Review – the perfect balance between a neutral studio monitor and a cheeky compact living room speaker. With extensive teardown