Since I have switched most systems in the lab and private sector to M.2 NVMe SSDs and also operate everything in a nice mixed way across the PCIe versions, one can, however, notice differences in parallel systems with identical software and the same workloads, even if some things are much less sensational than it is often spread by PR. That’s exactly why today there is a comparison with synthetic benchmarks and real workloads. Everything is available and actually only needs to be used once. But I can spoiler that you can also find cases where the extra price is worth it. 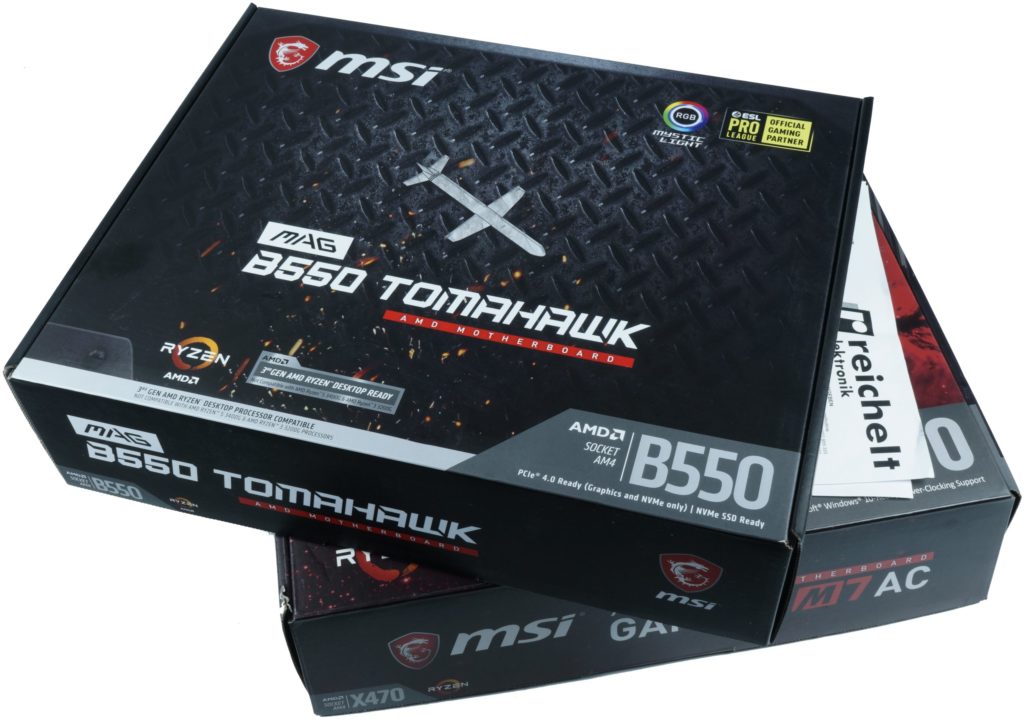 Moreover, a still pending motherboard test with several B550 boards was a good opportunity to counter-test with new hardware. In the end, the decision was made for an MSI MEG B550 Tomahawk, which I run against an MSI X470 Gaming M7 AC in this review. The snow-white B550 Vision D from Gigabyte (spoiler!) I have first of all secured for reasons of cleanliness, the photos still have to be taken. You never know.

By the way, I deliberately decided not to do both measurements on the B550 motherboard at the same time and to only downgrade the PCIe generation in the BIOS, because in the end you never know what is really going on electrically in the background. I can be very sure about the X470 and it is the previous version. I paired everything with a Ryzen 9 3900XT and a whopping 32 GB DDR4 3600 Viper Black RGB. This should easily suffice for the applications to be tested. The graphic lifts a Radeon Pro W5700.

What still elegantly plays into my cards here – the image of the workstation test system occupies 65 to 66% of the 1 TB NVMe SSD, so that the ideal constellation for a recommended, maximum occupancy also results here. Testing empty SSDs is quite pointless. The selection of suitable PCIe 4.0 SSDs remains manageable at present, especially since almost all products are identically equipped and the same board from Taiwan Printed Circuit Board Techvest Co. Ltd. In addition, the matching 16-channel Phison controller in the form of the PS5016-E16 and the identical BiCS4 3D-TLC from Toshiba/WD with its 96 layers.

The Seagate FireCuda 520 1 TB used for today’s test has a Seagate labeled controller, but it is identical to what is currently on the market. Nevertheless I have chosen this SSD consciously, because it is delivered without cooler. If this is still attached by clip on the Corsair and Aorus models, Patriot has it firmly glued with power tape. Useless additional work and also a dangerous stumbling block. The controller and the memory modules have no underfill and so cracks are definitely pre-programmed when bending the board. Condolences were offered.

However, both boards already have the appropriate coolers ex works, so that the temperature of the NVMe SSD stays cool enough with under 60 degrees, because this SSD can get extremely hot, especially during sequential writing. A full 80 °C++ and throttling are then the rule, which nobody really needs. But since slot coolers with pads are part of the design concept of the boards, I prefer to use these more solid solutions and do without the fiddly, tiny screws. Put the lid on and be happy.

Windows startup: aha moment or something like that lala?

Let’s start with what always awaits us when the computers are switched on: the Bill Gates minute of remembrance. Or is it just seconds here? Let’s see how long the disk stands in the way of a lightning-fast system start. To remain comparable, I only stop the time between boot menu and desktop, I have temporarily removed the login password here, so that the boot process runs completely in one go. A total of three different results are now waiting for the viewer: the cold start, the restart and the average of 5 runs after a restart.

But the starting point is always the boot menu called with F11. Because already the time until the post-screen turns out a bit different with both boards, even if it is still in the low single digit range. Why especially the warm start (reboot) of the B550 board takes longer is probably only known by MSI and AMD, although I have seen this behavior on other boards with X570 and B550 chipset. 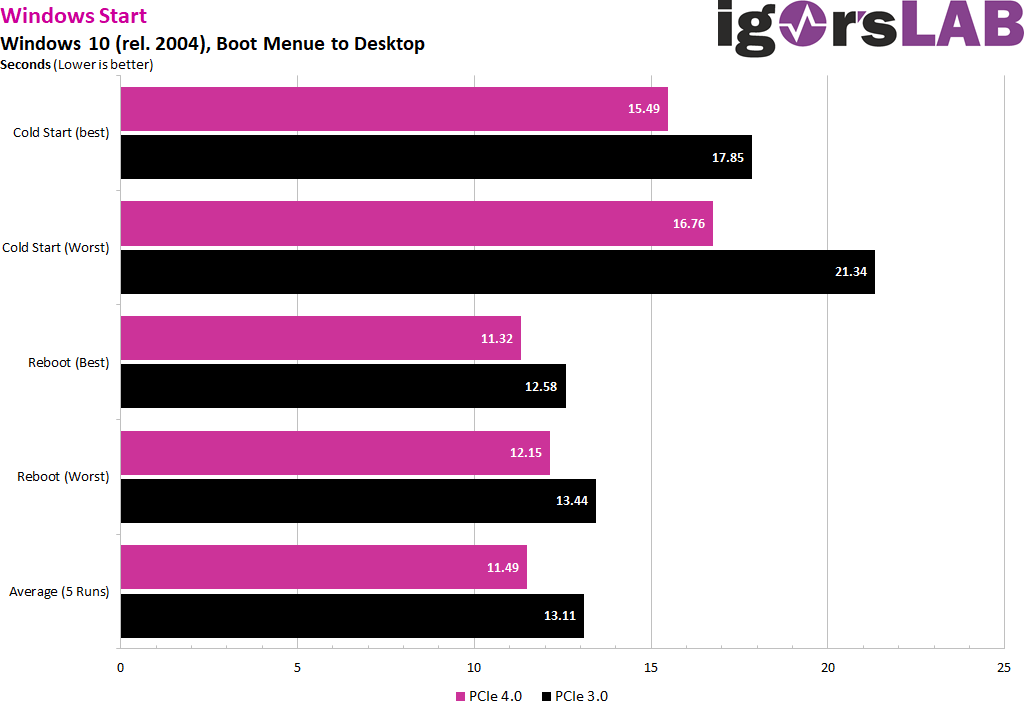 With PCIe 3.0, the cold start takes a good 15% longer with the best attempt, and with a warm start (reboot) the interval is reduced to a good 11% with the best attempt. However, the average for reboots is already at 17%. Whereby the 17% is very quickly put into perspective when one considers the actual time differences. After all, in the end it is only a matter of an ample second. This again is actually not worth the extra charge, unless you restart the computer 100 times a day. 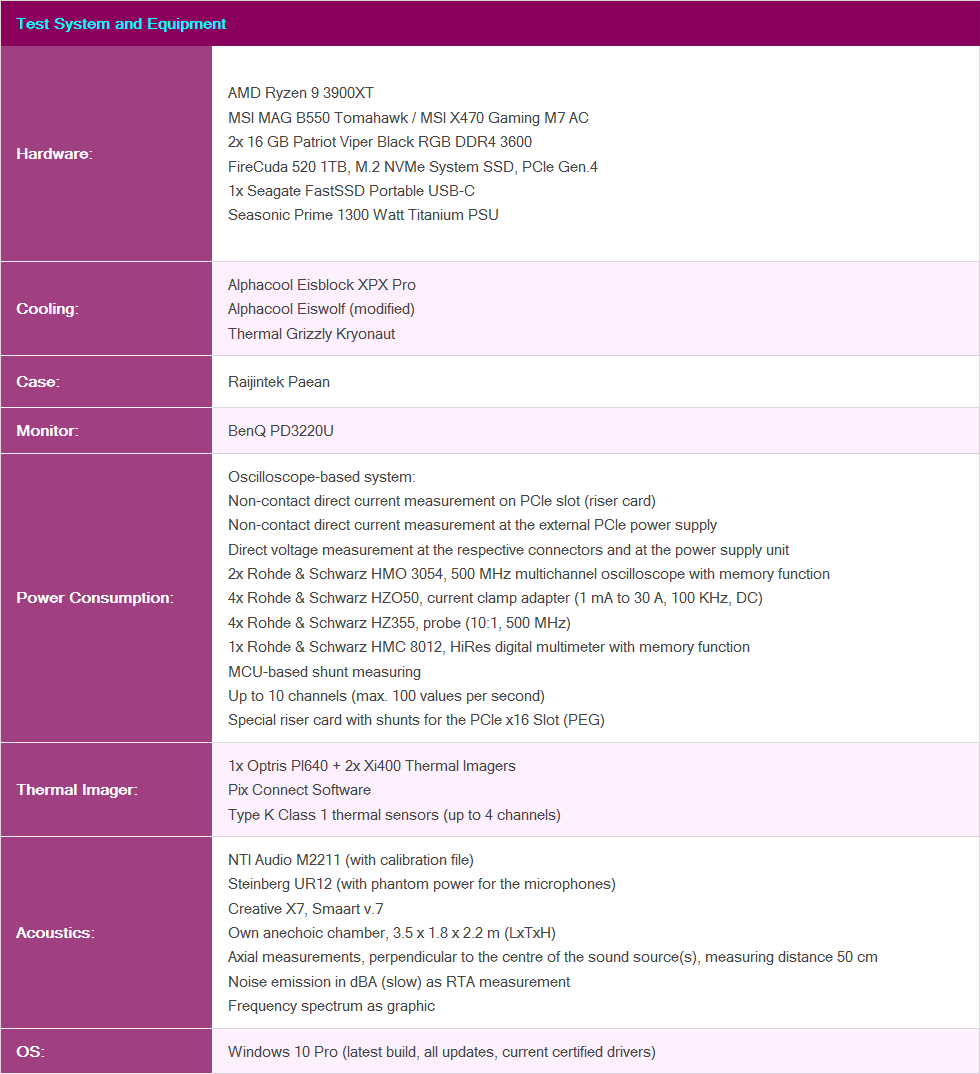