Let’s start with what produces the biggest differences between the two connections and therefore passes for the seller’s favourite. On the left, we always see the variant with PCIe 3.0, on the right side the results of the SSD with PCIe 4.0 for direct comparison

In CrystalDiskMark, the SSD under PCIe 4.0 barely misses the sound barrier of 5000 MB/s in reading with the best result (with the new, empty SSD I was far above that), with the old bus it is still barely up to 3300 MB/s. That is almost 52% more when reading – in synthetic reading, of course. When it comes to writing, the increase is still just under 34%, after all. 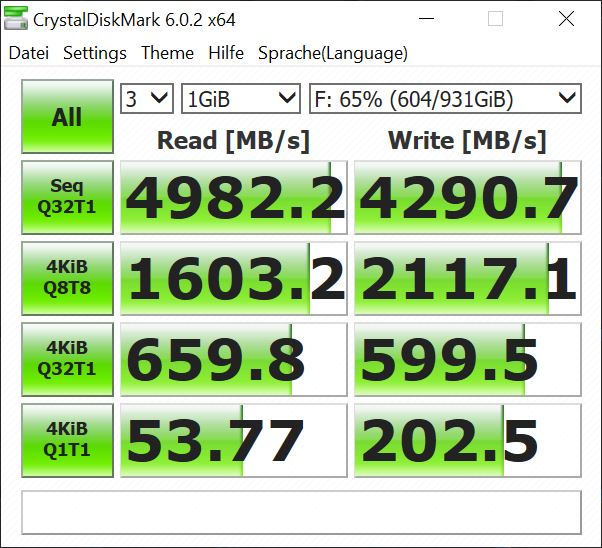 With the ATTO benchmark, it doesn’t look quite so good when you take a look at the graphic on the right. Especially the writing performance crumbles a bit with some sizes, but this remains reproducible. I would rather blame the differences on the firmware than on the controller, Seagate should make some improvements. By the way, when reading you can also see these slight, partial slumps, although not quite as pronounced. But they are there, he says. 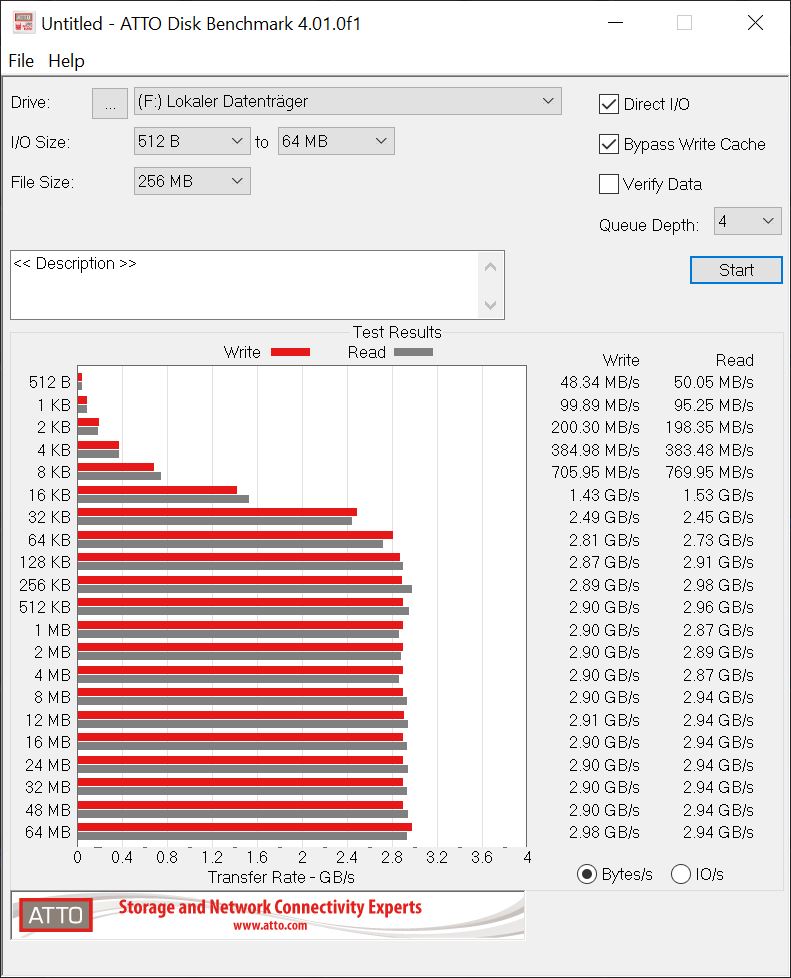 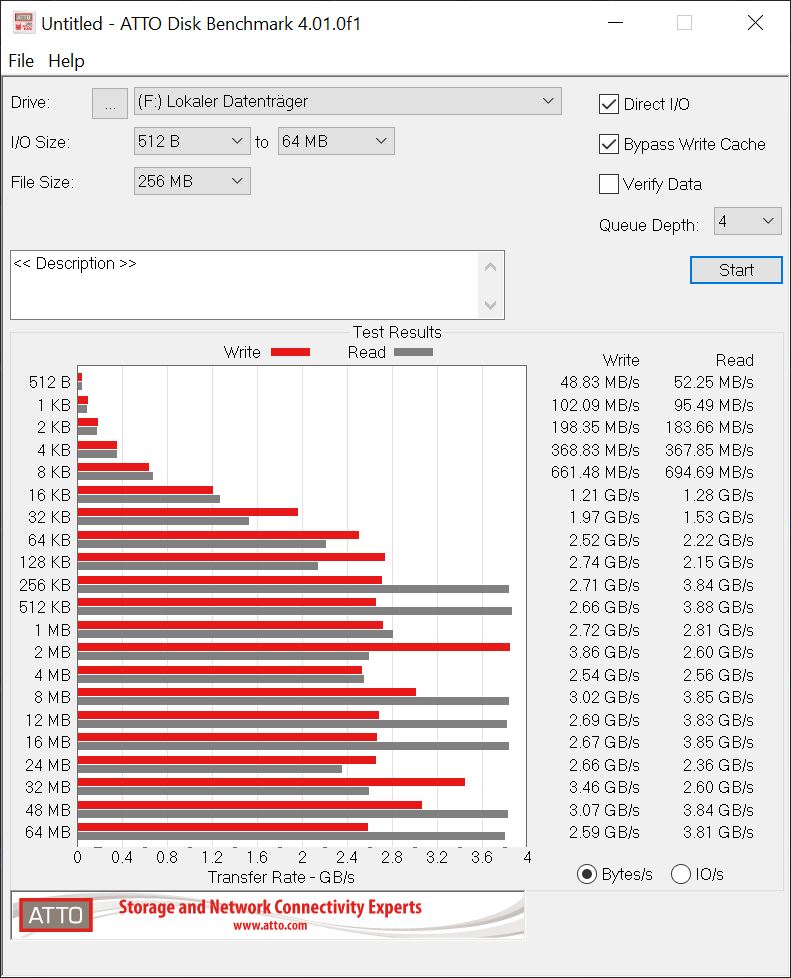 With AJA you can now test streams and that is exactly what I did. We tested a real video stream with 64 GB size. Let’s first look at the result when writing, because AJA first writes the stream and then reads it out again. With an average of 2022 MB/s at PCIe 3.0 (peak 2928 MB/s) and 3979 MB/s (peak at 4286 MB/s), the results are clearly below those of CrystalDiskMark in practice. Nevertheless, the writing gives a speed advantage of almost 36% when writing a 4K video stream (10 bit YUV) with 64 GB size. The pSLC cache is not swimming, at least so far, so that this result can be considered as relevant to practice.

If you have to deal with large video streams and less with small files, if you need predominantly constant read or write operations, PCIe 4.0 offers a measurable and even noticeable advantage, as we will see again in a moment. In normal everyday life, when playing games or in office applications, however, it is to be feared that the whole thing will become somewhat relative again. The next page will give you more information.