The advantages of the real reading performance were on average always below or around 10 percent, the writing performance even slightly lower. Nevertheless, one must not sweep the positive outliers under the carpet, even if the scenarios are rather rare. Recording constant streams is one of those things where the SSD on PCIe 4.0 can show its advantages. Copying large files in one piece also has advantages. After all, we are talking about increases of 30 percent and more, which can also be perceived subjectively.

For gamers such a SSD is rather a nice accessory, but not a real must-have. On the other hand, those who work a lot, and especially with very large projects, can certainly benefit from the faster interface. And actually only then does the additional price for such a faster NVMe SSD relativize itself a bit. That’s about the interface in general and a few words about the Seagate FireCuda 520 1 TB in particular. Because in the end I was a bit irritated. 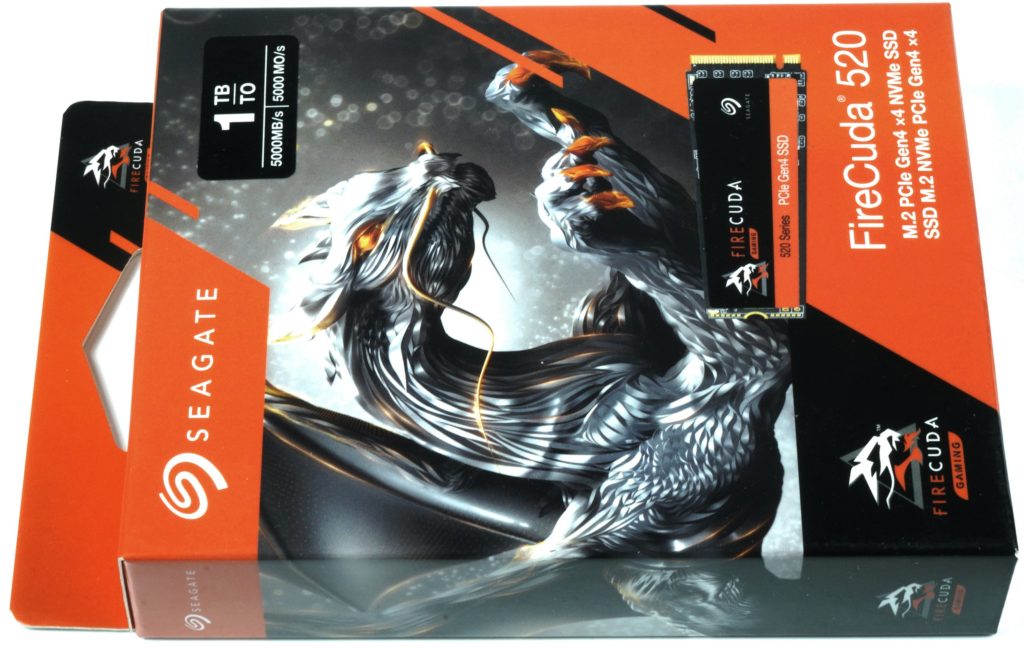 This SSD differs, despite nominally the same equipment, in performance somewhat from the Corsair MP600 and Patriot Viper VP4100, which are nominally equally equipped. Either you really have your own controller instead of the original PS5016-E16 in the meantime, which would be a bit weaker to assess, or the firmware differs more from that of the other SSDs. There is no other way to explain many a slump, but also positive outliers.

All in all, the FireCuda 520 1 TB is even a bit slower (and also more unpredictable) than Patriot’s product, but all this is still whining on a rather high level despite all the question marks. Nevertheless, I would be interested in the background.

Do you need PCIe 4.0 for storage media at all? I have a very clear Jain for this. In the normal case of the usual home user probably rather not, even if one puts at least already now on the more modern interface. Subjectively, however, the difference can only be determined and booked as a real benefit in the case of very large streams or copying of huge files. But the smaller a file becomes and the more overhead is added for opening and closing the files, the more the boundaries become blurred. But then one can really give the quite decent surcharge away.