Now let’s get down to real applications. The first thing I use is the SPECwpc, which combines many different professional applications and provides a pretty good image of the different requirements. First we compare the result when reading in MB/s. We can see that, depending on the application, very different performances can be measured, although this is of course also dependent on the package sizes and the number of consecutive actions. 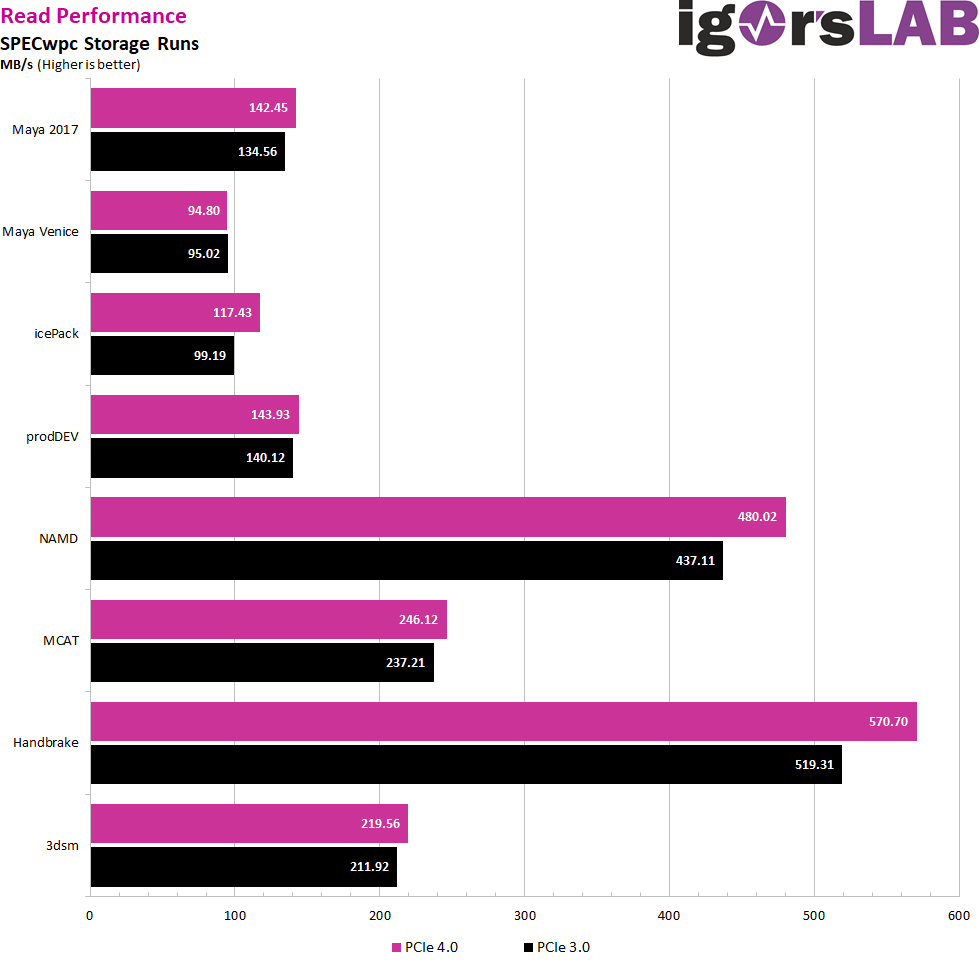 The result in percent is very mixed, as it ranges from a tie (within the tolerance range) in Maya Venice to a good 18 percent increase in icePack. The rest results in between 3 and 9 percent more performance, which remains within a completely manageable range and should never be subjectively felt in daily work. So you can more or less forget about that, especially since with very extensive accesses, completely different properties of the data carriers count. 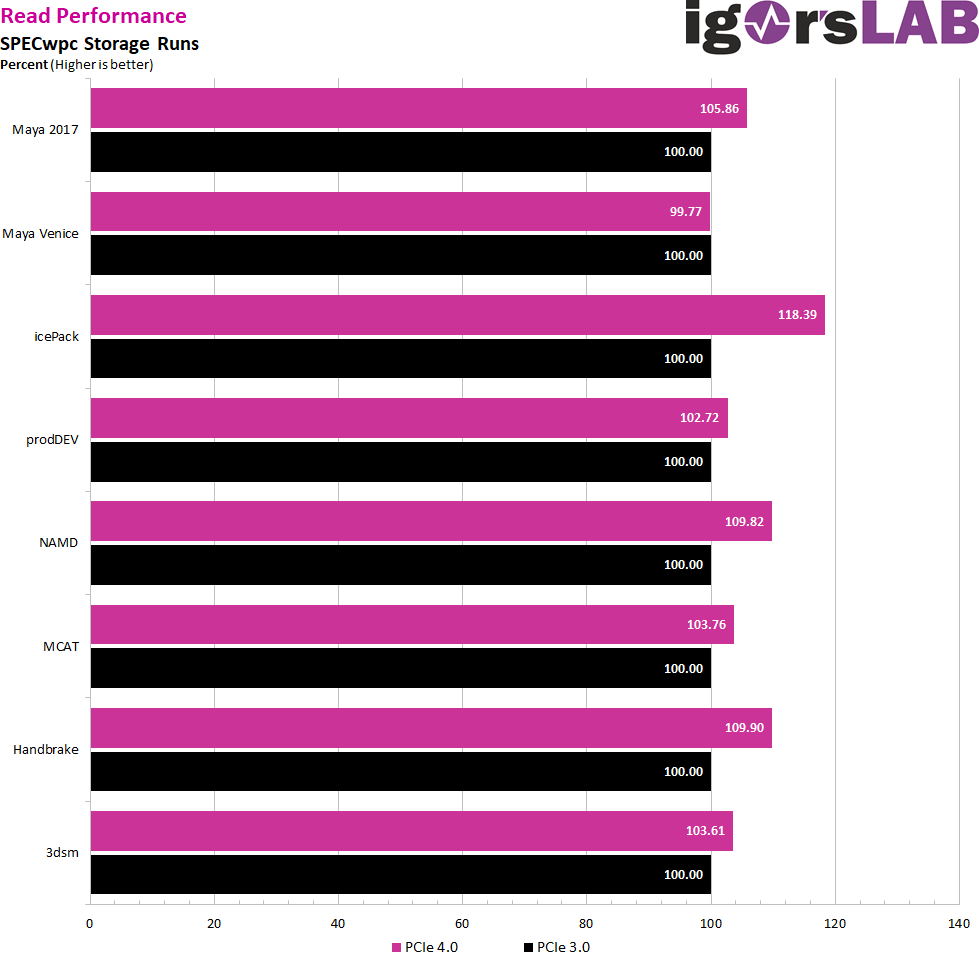 Let’s get down to writing. There the differences become even smaller. Many applications hardly show any differences within the scope of possible tolerances. 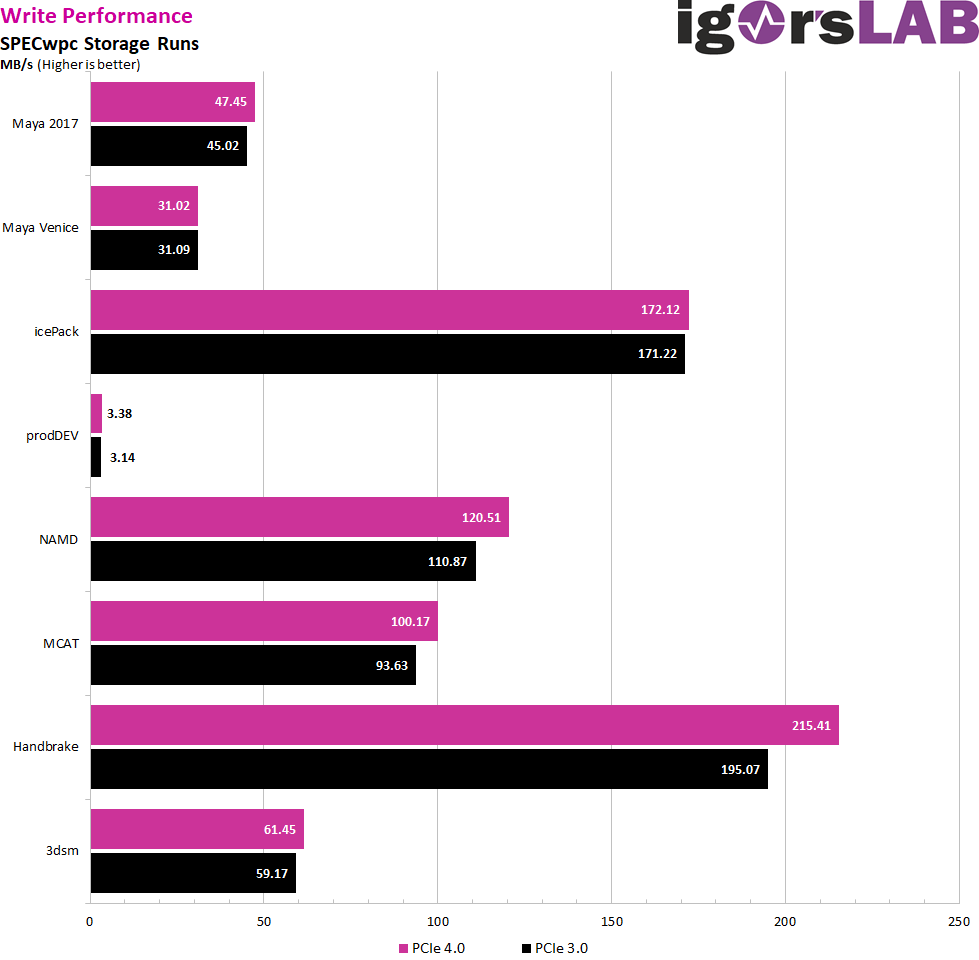 I measure a maximum of 10 percent lead in handbrake, the rest is either tied or between 5 and 7 percent. Anything less than 10 percent can already be neglected without having a guilty conscience. Of course you can measure it, but subjectively you will probably not notice it. 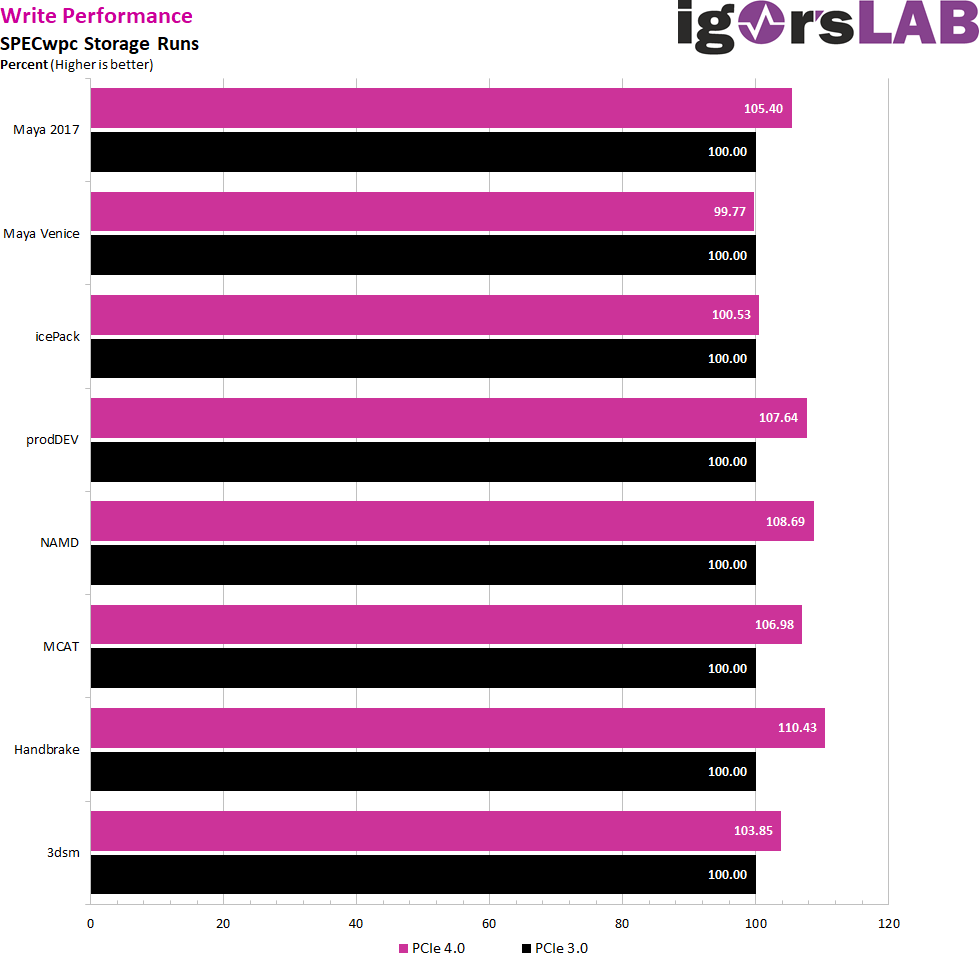 For Maya 2019 I first load a huge animation project. With 25 GB this is also the biggest workload I can load at the moment, especially since the graphics memory is almost completely loaded. This is also the reason why I choose the Radeon Pro W5700, which shouldn’t be limited on the PCIe 4.0 slot. While the program starts up at about the same speed, the huge animation with the 4K textures in particular benefits from the faster interface. The PCIe 3.0 is almost 35 percent behind here, which is almost clearly noticeable when waiting.

This gain can also be felt subjectively. The other programs also benefit if the project size significantly exceeds 500 MB. The larger the file and the fewer files in total that belong to the project, the faster the whole thing will go, regardless of whether it is Blender, AutoCAD or Inventor Pro. Whereby there is no or hardly any difference when saving the projects, because there is usually something else limiting. 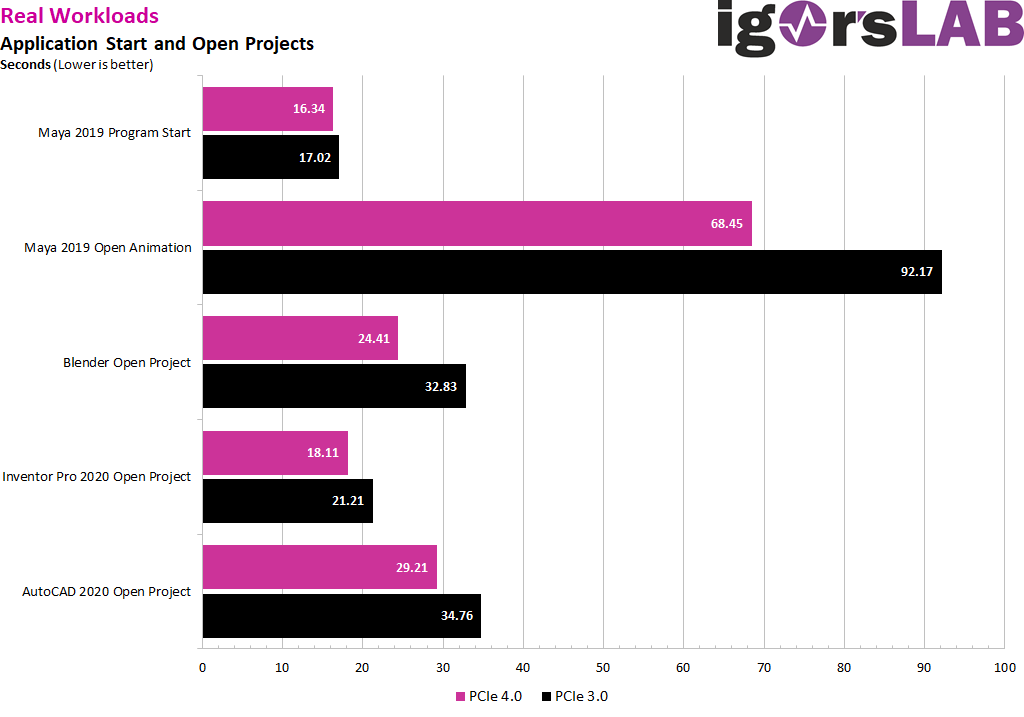 In games, the difference is hardly measurable, since many (even smaller) files are usually opened in parallel and the workload itself is not extremely large. In Ghost Recon Breakpoint, there was a difference of 2-4 seconds between the start of the game and the first online registration, in the game no benchmark could measure any really plausible difference. This also applies to Assassin’s Creed Odyssey and other current games.