If you want me to sum it all up in a single sentence, maybe this is the way to do it: The Powercolor RX 5600 XT Red Dragon is a very quiet and quite efficient card, which in many games even succeeds in beating the similarly priced GeForce RTX 2060, even if it is a factory overclocked board with a higher power limit and even operates more economically if the BIOS is right. Too much input at once? Then the whole thing again nicely separated.

If the card is provided with the latest BIOS, which supports the memory modules with the technically possible 14 instead of 12 Gbps and also offers plenty of 100 MHz more real GPU clock under gaming load including a higher power limit, exactly then this card can become really dangerous for a factory overclocked GeForce GTX 2060 . Because the power consumption of the slowed down Navi10 chip is below the comparable value of the Nvidia card under the same load! I didn’t think that I would be able to write this from an AMD card this year, either.

The frame time curves and especially the lower variances in many games don’t make the card less interesting, even if it remains a bit slower in one or the other game than the GeForce RTX 2060. This can even be called a draw with a clear conscience, at least. If there weren’t the problem with the memory stability. I already pointed out in the article linked on the first page that also board partners had to fight with the stability with very memory-intensive scenarios (from flickering and freezes up to BSOD) and therefore on the launch day for some models there is more GPU clock and a higher power limit, but no higher memory clock. Validation takes time, and AMD has to accept that if you want quality.

The implementation by Powercolor has been successful all around and even works with one heatpipe less, which will be available again after the launch. The card remains whisper-quiet and doesn’t afford any other weaknesses. If the whole chaos around this much too late BIOS change wouldn’t have been, you could have even congratulated with flowers and cake. But this leaves a strange aftertaste, for which the board partner can do the least.

In the direct comparison to the GeForce RTX 2060 naturally everything is missing around RTX-On. That may be quite painful for the target group of the Full-HD and WQHD gamers aimed at by AMD, because real raytracing is a rather tough affair with the RTX 2060, but it is a disadvantage in the Creator area for a midrange card, if the software supports it properly. Tests in the full versions of DaVinci Resolve and Adobe Premiere Pro 2020 with thick workloads show with many supported plug-ins and filters, what e.g. the tensor cores can do otherwise. But this will hardly affect the Kevin Gamer, who is not interested in such things. 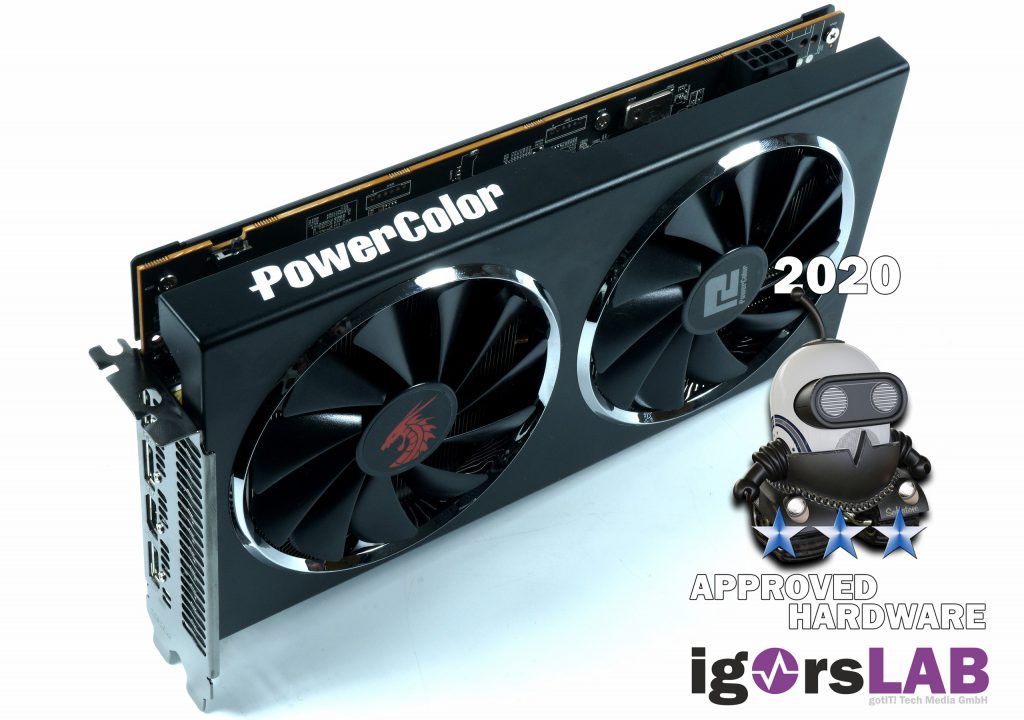 Well done AMD and Powercolor, though with small question marks on the memory page. At least with the Radeon RX 5600 XT, the popular phrase “Yes, it runs and drinks” has finally had its day. However, whether the customer can be expected to flash the BIOS himself is not up to the card, but the circumstances. And if then even different cooler versions exist, then the chaos is perfect. Which card can you actually buy as a layman without checking? I would have liked to have had this answer before. 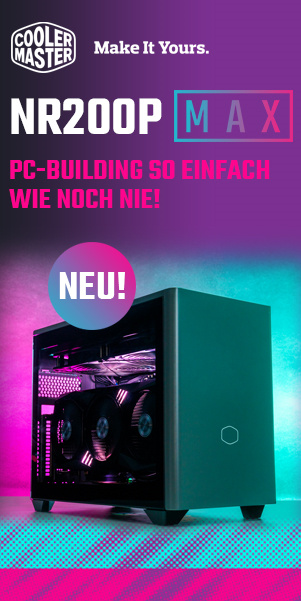