The old BIOS delivers clock rates of up to 1570 MHz, the new one up to 1682 MHz with 30 watts more power consumption. This alone would not explain the performance explosion that catapults the card into the next higher performance class, because without a higher RAM clock rate, it would probably all go up in the bottleneck of memory bandwidth. Temperatures of up to 70 °C are now nothing to worry about.

If the power limit is fully exhausted, overclocking peaks even exceed 1780 MHz, but the real average is still only around 1720 MHz, because more is simply not possible. It is certainly logical and comprehensible that you come up against limits that never let you reach a Radeon RX 5700 with this card. The variances get worse and in the end it’s hardly worth the effort. And now the whole thing once again in sober figures in table form:

The following infrared images show the gaming loop of the card. You can see a very even temperature distribution over the whole board, which can be very nice. First the card with the new BIOS: 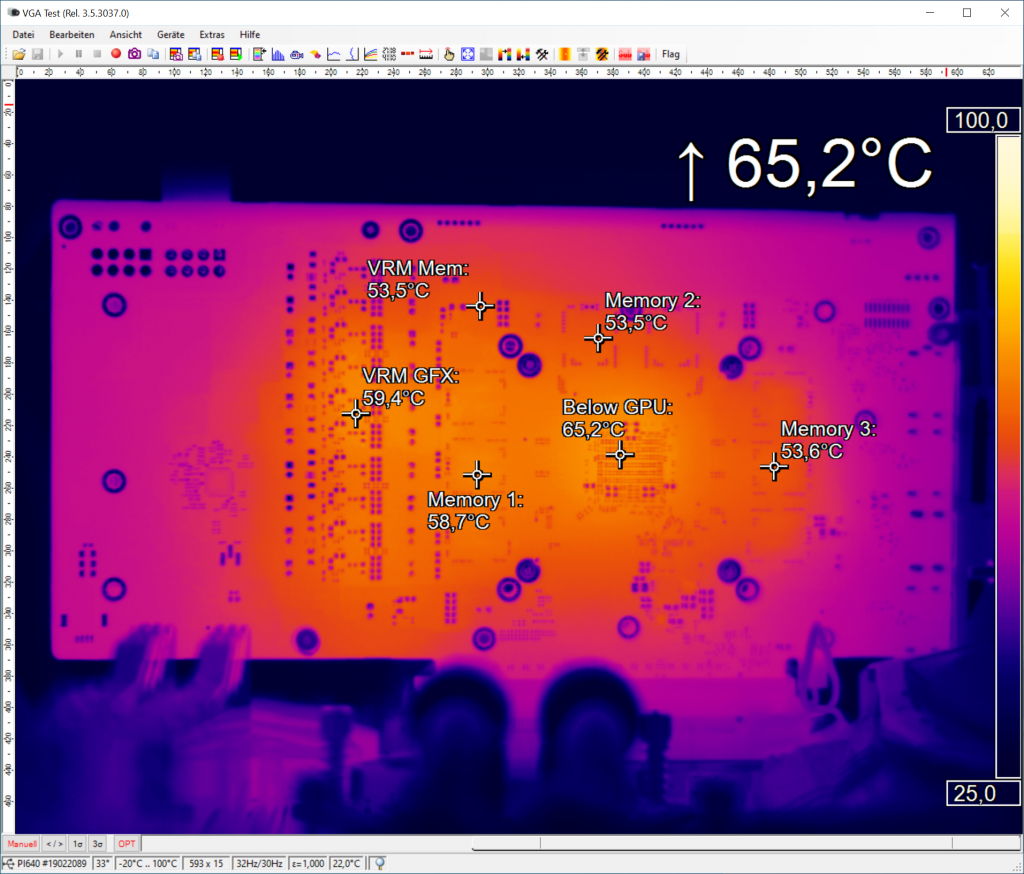 The old BIOS leads to slightly lower board temperatures, which in total even allows lower fan speeds when warming up.