I deliberately did not participate in the cross-media BIOS discussion of the last few days, because the speculations and data that have become public are actually only the tip of a bigger iceberg and the potential problem lies much deeper. Therefore I want to collect the facts here and now and also only after the launch, which give a quite complex picture. But let’s start the series nicely, because at the beginning is the board partner.

The launch review has certainly shown that AMD’s Radeon RX 5600 XT can compete with Nvidia’s GeForce RTX 2060 after the mentioned BIOS upgrade, where the opponents were still called GeForce GTX 1660 Ti and GTX 1660 Super in the official reviewers guide. The following graphics from the BIOS of a Powercolor RX 5600 XT show where you have put your money where your mouth is. Left before and right after with the new BIOS, first with GPU-Z. Interesting is that both are still beta BIOSes: 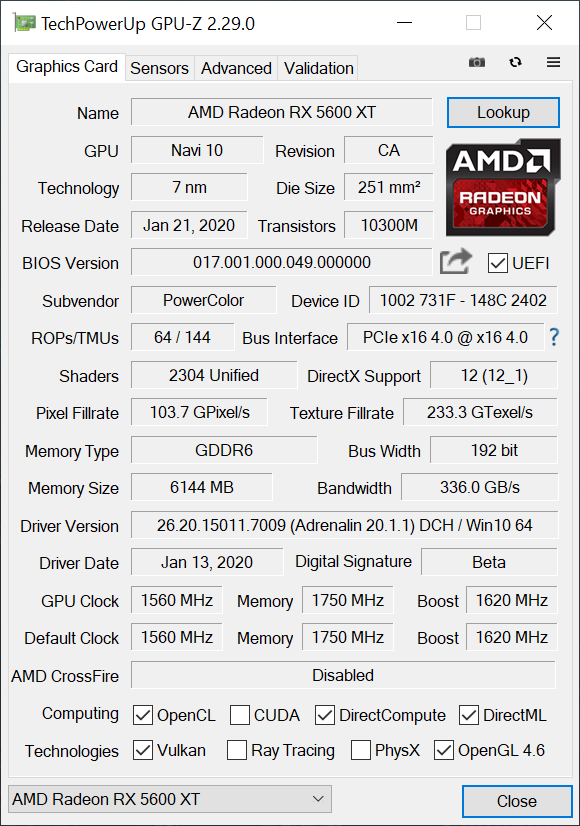 Also in the MorePowerTool you will find different specifications: 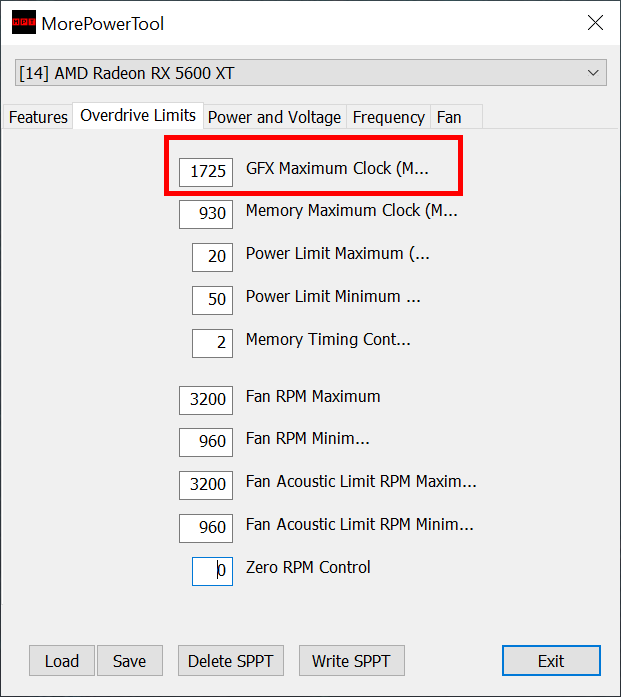 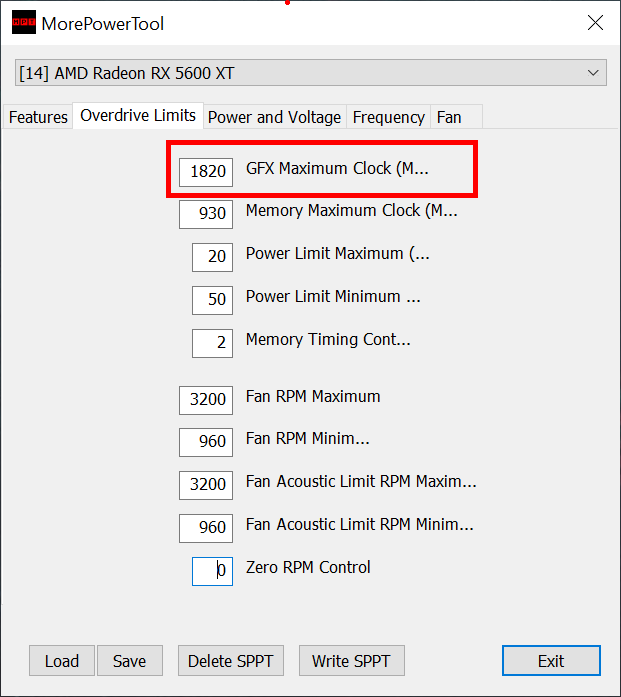 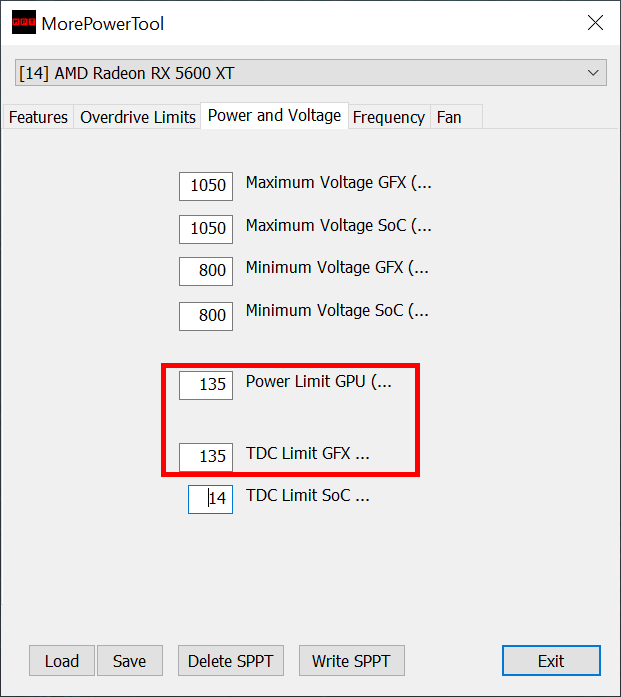 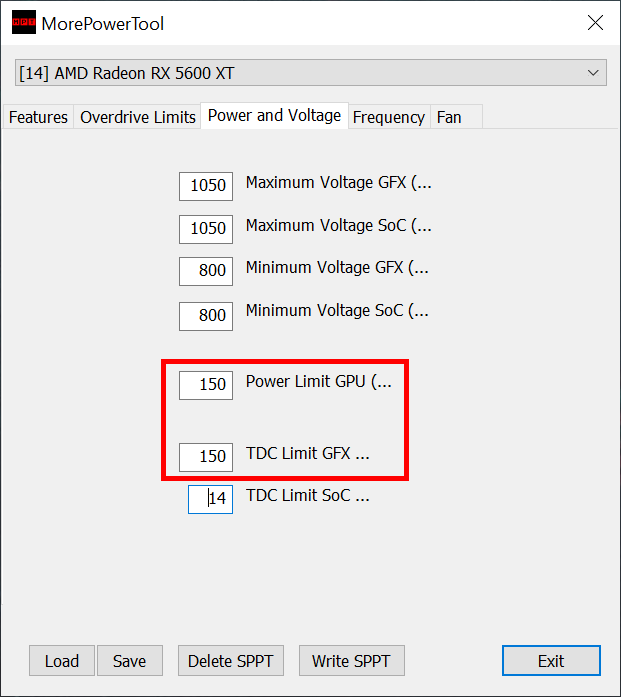 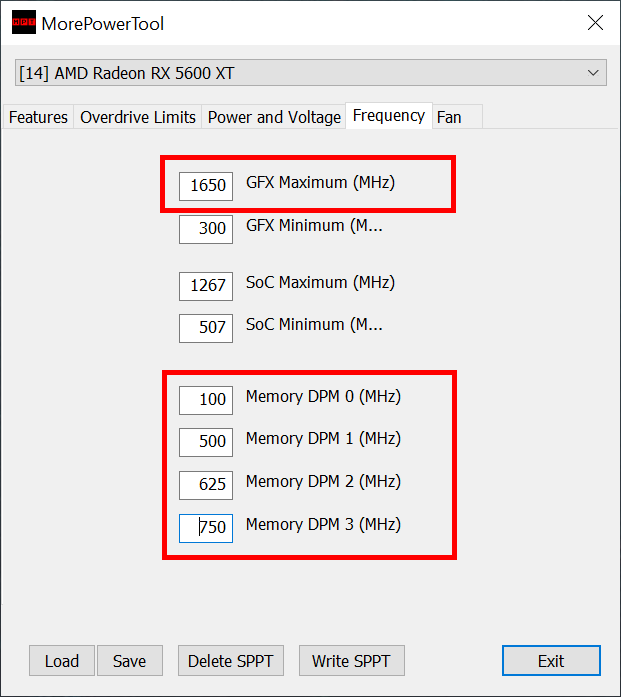 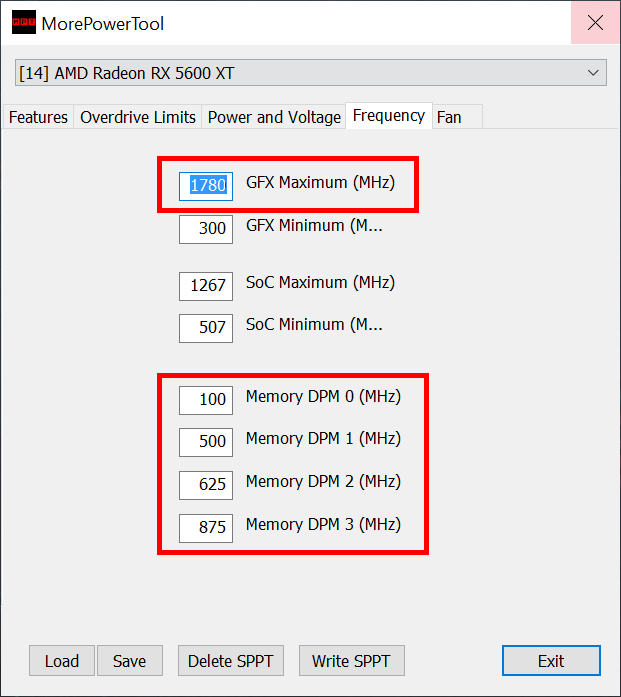 So the GPU and memory clocks have increased and in addition the TDC (maximum current GFX) and the TGP (maximum power consumption GFX) have been raised significantly. But is it really possible to knock over an already finished and validated product in so few remaining hours before launch so drastically and above all without risk?

Of course, you don’t just pull a graphics card out of a hat, even though the RX 5600 XT can of course continue to use the existing resources of the RX 5700 (XT). If you were to start from scratch, it would take at least 10 weeks from plan to mass production. In the best case. If, on the other hand, as with RX 5600 XT, an existing board and cooler design is used, the grey entries in the following table are omitted. However, the individual tests from the working sample onward would have to be completed again completely.

AMD, like Nvidia, provides the GPU and memory in a bundle. Inquiries with the individual board partners have shown that AMD already delivered modules with 14 Gbps from the beginning for the sake of simplicity, but the BIOS slows them down to 12 Gbps. It is logical that in the end it is cheaper to order components in large quantities, especially since the price for the slower modules in smaller quantities would have been similar. If one believes the sources at the manufacturers, AMD explained the lower memory clock in the beginning with technical reasons, not with a deliberate performance cutback. Exactly to this I will come back to this point again.

AMD has also put the price point for the cheapest models, the so-called MSRP cards (which should be as close as possible to the MSRP) at 299 Euros, which was far too optimistic for the original version with regard to the actual performance of the original firmware. However, there is still not much room for manoeuvre downwards if one wants to rely on the technology of the RX 5700, so that some board partners have looked for ways to hit this price point with certain interventions. The DVT item in the table above is also aimed at balancing the cooling performance, for example. But there was no time left for this.

Cost-Down for the price point

A TGP of originally only 135 watts naturally tempts many a controller to optimize the manufacturing costs once again in the so-called cost-down. A good example of this is the elimination of a heatpipe in the Powercolor RX 5600 XT Red Dragon. The increased TGP of the new BIOS does not cause any failures, but the second batch of this model will have this heatpipe again. Unfortunately UPS didn’t play along, which took a full 5 days for an express delivery, so that I have to insert the new card later as an update. But you can also see where the hole is:

Which card the customer receives this week with which BIOS in the shop, he of course does not know in the end. Try and Error and in the end also a losing deal for online merchants, if word gets around. Not to mention the electrical things like voltage regulator design and balancing. Powercolor has shown no weaknesses in this case, but there are other manufacturers as well.

If AMD “confronts” the board partners with a new BIOS 4 working days before the launch, which should significantly increase both TGP and memory clock, then up to 5 weeks validation in the factory are missing. Especially since many of the employees of the Chinese companies are already on vacation due to the Chinese New Year or the companies only run their workforces at minimum strength. Validation and stable solutions are actually impossible and stable products are probably a matter of luck.

Optimists, pessimists and not just a single crash

Not every company has raised the memory clock yet, so there will be a colourful mix of 14 Gbps and 12 Gbps cards for the launch. In addition different cooling solutions of the first and second batch. MSI will not do this with the memory, for example, for the time being. Not only did I talk to the product manager, but I was also able to compare the results from the test lab with my own. My Powercolor RX 5600 XT showed repeated freezes at full memory clock after a run of up to 2 hours of memory intensive games (Wolfenstein Youngblood, Shadow of the Tomb Raider) in WQHD, just like my MSI RX 5600 XT Gaming X with a special beta BIOS, while both cards with reduced memory clock (50 MHz less was enough for my and otherwise the same settings) ran stable for hours. MSI had these freezes up to the bluescreen and error messages about the memory with their own cards as well.

One of the board partners also assured that they had also tested memory of the RX 5700, which shares the same board with the RX 5600 XT in the model series. But in the end the problems were always the same. It is therefore suspected that this instability at the high clock rate could be due to the somewhat idiosyncratic design of the three memory controllers and their connection to the 4 blocks, which could have a negative effect on the signal paths. This certainly explains the initial reluctance to use 12 Gbps as a target.

As a customer, you only have three options in the end: Courage to be an early adaptor, wait and drink tea as well as the alternative grip to the RTX product. One should naturally not push panic attacks and indulge the paranoia merrily, but if products without deeper validation are thrown hectically on the market, then this contradicts at least all rules of a good quality management and many questions remain open. It can work, but it does not have to.