Somehow by chance and rather unconsciously we arrived at the laptop-weeks, but the picture fits together nicely. Yesterday we tested an Apex 15 from XMG and thought about 6 possible CPUs (“A barebone against 6 CPUs – which Ryzen processor fits best in the XMG Apex 15?”). Today I will prove that in many creative and productive areas GPUs are more important than processors. Hardware-accelerated functions in applications that can be optimally parallelized are now becoming increasingly common. 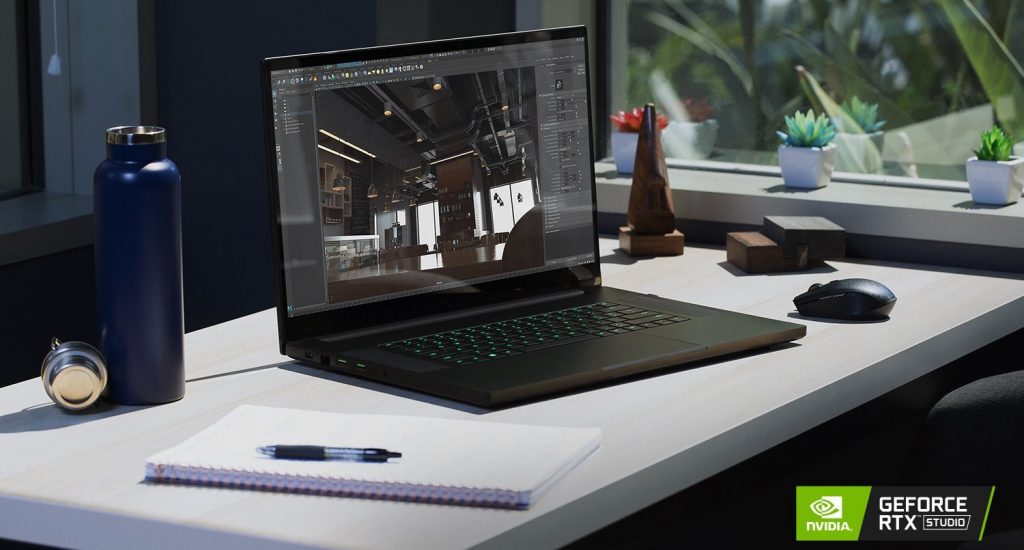 Let’s turn the tables once, go for a somewhat simpler CPU and look for the perfect balance between CPU and GPU computing power in a notebook that is as flat as possible with an Ultra-HD display and touch function. The Razer Blade Pro 17 with the GeForce RTX 2080 in Max-Q design (the variant with 90 watts TBP) and an Intel Core i7-10875H CPU (2.30 GHz) used for this is interesting in that on the one hand you get a 120 Hz display for Ultra-HD and on the other hand it can also serve as a touch panel and drawing board. However, you have to accept reflections, which can be avoided by clever positioning.

However, the Max-Q design should not be confused with a dedicated chip, even if it is the same silicon. If yesterday we had a barebone with a “real” GeForce RTX 2070 refresh, today it’s a GeForce RTX 2080 that has to operate with an extremely limited power limit. The cubic capacity of the Max-Q was not reduced, only the fuel pump is much more restrained. Of course, this is very beneficial to efficiency, but the question remains as to what effects this will have in practice. But that’s exactly what I have today’s test for, which is supposed to show exemplary where the journey can go in the future with GPU support with AI and CUDA.

For all RTX Studio laptops NVIDIA sets the bar relatively high, but not too high. Required are at least a GeForce RTX 2060 (or Quadro RTX 3000 or better), an Intel Core i7 (H-series) or higher, at least 16 GB, a fast SSD from 512 GB and a decent display with Full HD or Ultra HD resolution. The fact that they currently rely exclusively on Intel CPUs is probably also due to the fact that AMD Dynamic Boost, although open source, unfortunately completely ignored.

Because in the end it is the (very well working) counterpart of AMD’s SmartShift technology found in Ryzen Mobile 4000 APUs. Both technologies were developed to take advantage of the fact that in many laptop designs the GPU and CPU share a common heat budget, typically because both are cooled by the same set of heat pipes. In practice, this is usually done to allow OEMs to build relatively thin and lightweight systems where the cooling capacity of the system is more than the TDP of either the CPU or the GPU alone, but less than the total TDP of these two processors combined.

In this way, OEMs, such as Razer in this case, can develop optimally adapted profiles for different scenarios, giving more leeway to one or the other component. So if both processors share a common cooling system, why not increase their power limits and then intelligently divide the system’s heat budget?  Dynamic Boost is a generic solution that also works on multiple platforms, while AMD’s SmartShift alone and proprietary is designed to combine AMD APUs and GPUs to push (and seal off) the AMD ecosystem and platform control structure. So Dynamic Boost could be used with Intel’s core processors as well as AMD’s Ryzen processors, but AMD doesn’t want this. That’s why there is only one Intel CPU in the Razer Blade Pro 17 and no Ryzen.

I do not use the latest GameReady drivers for testing the notebook, but deliberately use NVIDIA’s Studio drivers. They may not contain the very latest game gimmicks, but they are stable, and are very similar to what NVIDIA provides for the Quadro cards, not to mention the certified applications that (must) rely on Quadro hardware. However, these drivers have been tested with many creative applications, as one would expect from workstation drivers.

I do the same with AMD’s Radeon Pro drivers, which can also be used for the consumer cards. Because here, too, the devil is often in the details and many a crash can be avoided right from the start. This applies to both bearings, whether green or red. Blue doesn’t have anything (yet) and I deliberately don’t use the integrated graphics of the notebook, because it’s just not worth it. I would also have to paralyze the Max-Q solution, which would make no sense.

The notebook was kindly lent by Razer and notebooksbilliger.de and has been sent back in the meantime, obligations of any kind existed and do not exist therefore. It was important to create a portable counterpart to all the desktop solutions tested so far with a suitable product and to keep this comparable within the scope of the platforms used in each case, because my own notebook is unfortunately still based on an Intel CPU of the 9th generation. Generation sets. 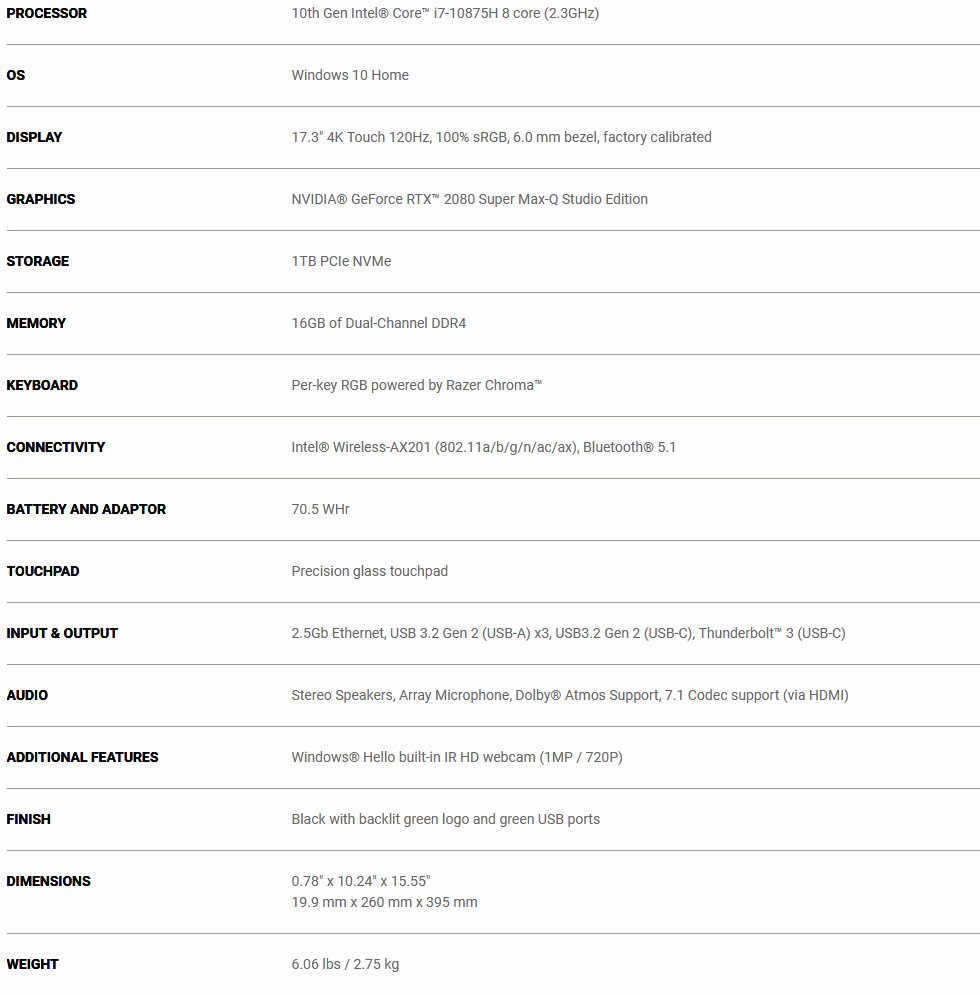 We still know the desktop system from all other workstation tests in 2020: