And now we will start exactly where it sometimes hurts: with the hearing test. If you miss my usual measurement curves, I can reassure you, everything is in the green range. I am intentionally testing the playback WITHOUT the subwoofer, which I will take a closer look at in a subsequent review. So the two speakers have to help themselves and I also reset the high pass filter to the factory 10 Hz to be as fair as possible. Although this reduces the level stability a little on very bass-heavy tracks, the performance is still so brute that one wonders how these compact speakers manage to produce such a fat foundation.

Test the lowest bass in the subcontraoctave (16.4 Hz to 32.7 Hz) with a recording of Bach’s Toccata and Fugue in D minor (19 and 25 Hz) and Tchaikovsky’s Festival Overture 1812 (10 Hz and 12.5 Hz). The same applies to the lower ranges of the contraoctave (32.7 to 65.4 Hz). The large bass drum (kick drum), which is a popular accompaniment in underground music and is usually tuned to around 55 to 60 Hz, will then round off this assessment.

The nuPro X-3000 RC even play down to the subcontraoctave, but you have to listen more closely below about 35 Hz. The pair of nuPro X-4000 RC can even do that a bit better, deeper and also more powerful. The contraoctave, on the other hand, is fully there on both models and it’s deep, raven black, yet still as crisp as freshly plucked lettuce. There’s nothing humming or whimpering, it’s just there and deep like Lake Constance. However, the two X-4000 RC are a bit more sovereign, as they are also considerably more level. You can definitely notice the slightly higher nominal power here.

The upper bass up to 150 Hz, which also contains the Great Octave (65.4 to 130.8 Hz), accommodates the basic speech frequency of the male voice and is very decisive for the lifelike reproduction of male vocals.

This range sounds very similar on both models and remains absolutely clean and you are not accompanied by fat eyes in the upper bass, which are usually meant to feign volume. The male vocals are reproduced sufficiently rich, but still surprisingly dry as dust, the instruments are not distorted at all. There’s something almost analytical about it, and it can be happily upped a notch for the cozy fireside scene after the work is done. Overall, the resolution is well above average and allows orchestral pieces, rock, pop and jazz of all stripes to perform excellently in any situation. However, the location should be chosen carefully if you want to avoid annoying modes, but that’s not because of the speakers.

The lower mids (also the fundamental range) are around 150 to 400 Hz. Together with the already mentioned upper bass, this range plays a very important role for the subjectively perceived warmth or fullness of the sound image. The basic speech frequency of female voices can be found in this range.

Again, there is no reason for criticism, on the contrary, the two models are almost too honest and mercilessly expose every weakness of the players. Nothing scrapes or crumples, everything remains as dry as dust as before. Female vocals can just shine and get straight to the point. The timbre of the voices and recorded instruments is almost too neutral, but never cold or too analytical. The further course upwards is also free of any criticism. The precision is really above average and makes the system a good all-rounder for work and entertainment in equal measure. Here you can hardly notice a difference, although subjectively the two X-4000 RC seem a bit warmer to me. But this can also be deceptive, because they are only nuances.

The upper mids between 400 Hz to about two KHz include a mark at one KHz that is still considered the reference for many measurements. Unfortunately, this is often noticeable with cheaper devices, as the manufacturers often try to overemphasize this frequency. This area also plays an important role in gaming and a balanced reproduction contributes significantly to a good spatial resolution.

The same applies to both speaker pairs: the stage and the subjectively perceived quality of the spatial resolution is also on a very high level, absolutely appropriate for the price. A large orchestra seems (from a purely subjective point of view) to be very wide in width, very well staggered in depth and also precisely enough positioned in total, which makes it very easy to locate individual instruments very clearly and unambiguously at the most varied overall levels. Speech reproduction is not affected in this area either, no matter how many sources are mixed. The suitability on the desktop is underlined by the very good spatial imaging in games with excellent audio material, but also in the deep room you get along with the speakers very well. The sweet spot is pleasingly wide.

I can perceive a difference, but only very rarely and in very few scenarios, in the tuning of the active crossover, which seems to be somewhat different in character. Either the transition of the X-4000 RC is wider or the tweeter starts a bit earlier.  But that is a purely subjective feeling, I don’t see a flaw there. On the contrary, the transition between the two chassis seems to work a little better.

Between two and about 3.5 KHz, the human ear is most sensitive, especially since this range of lower treble is responsible for the good overtone reproduction of the human voice. This frequency range is decisive for the recognition of a voice or an instrument; in this context, one also speaks of the respective timbre.

The reproduction is almost identical on both models, terrific open, neutral and seamlessly builds on the very well modeled mids. The speech intelligibility as well as the quality of the vocals during the recognition can definitely convince, even in the near field during editing. It is also good that the two active crossovers have been tuned in such a way that there is no audible overemphasis or any drop in level, either here or in the further frequency range. The transition between the two drivers is, as already described, pleasantly flowing and above all one thing: not or only barely perceptible.

However, especially with the somewhat smaller X-3000 RC, the speakers’ own compactness gets in the way a little when you overdo it with the level (which is very easy to do because there are extreme reserves) and your ears are glued directly to the speakers. I would have liked the domes of both models to be a little higher, so that there would not be any intermodulation products when you place your ears close to the monitor in the near field and the level is far above normal. But let’s be honest, hardly anyone does that anyway.

The mid-range treble (3.5 to six KHz) is decisive for the success or failure of speech reproduction as a whole, because the S and sibilants fall into this range. The upper treble then extends to about ten KHz to transition into the super highs.

Highs and super-highs are delivered very well in both cases, although the speakers become very agile, especially the higher it goes. However, sibilants and breath sounds are reproduced well and not exaggerated, so one can live with that very well. It also never sounds too spiky or even metallic, it always stays very natural. Stringed instruments, completely independent of level, are also not washed forward or away, but sit exactly where they belong. That deserves almost more respect than the bass from the underbelly. Chamber music or large orchestra in the Finale Furioso, it doesn’t matter – it fits like a glove.

The parts are both addictive and therefore highly toxic to the domestic treasury. But flows of goods want to flow and let’s be honest: high-quality sound furniture is particularly popular right now. Be that as it may, you can give in to the urge once in a while. Which brings us to the question raised at the beginning, which pair of speakers is the better choice for whom. And this is exactly where the boundaries are rather fluid, even if the nuPro X-4000 RC still play a little deeper, punchier and, above all, more level. Let’s do the math: 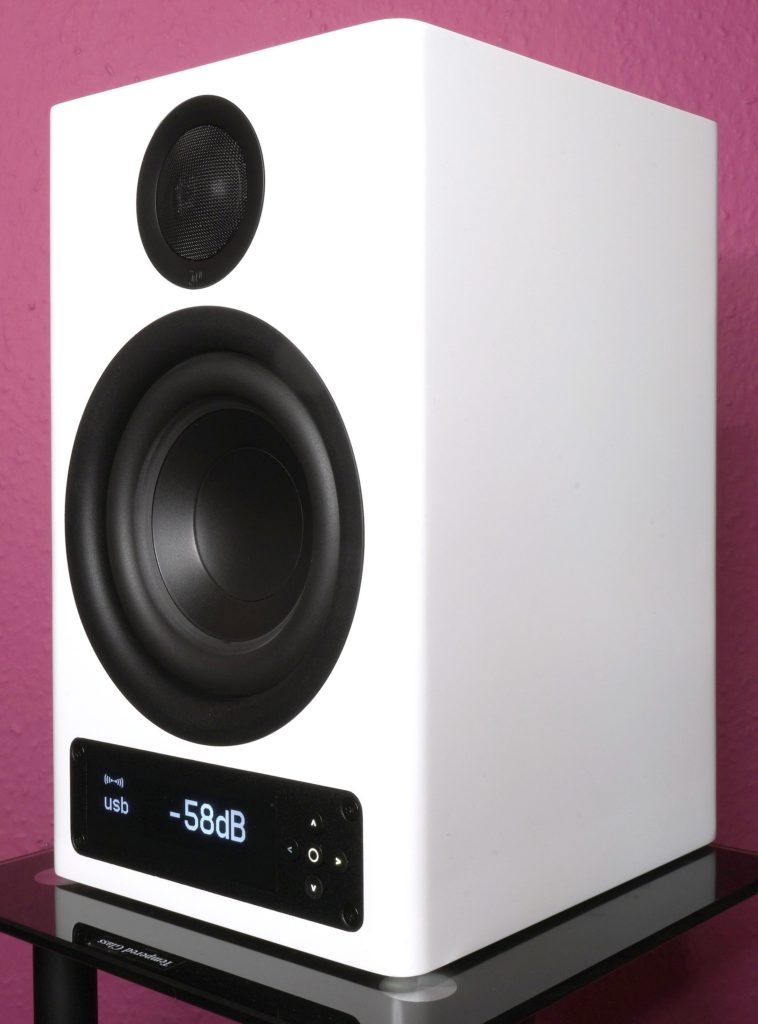 You will have to pay 675 Euro per box at Nubert direct sales. This would mean a total of 1350 Euros gross for the complete stereo package. If you want to let the very deep bass play along, you should better think about a suitable subwoofer to relieve the load. The nuSub XW-700 for 495 Euros should be enough, the nuSub XW-900 for 665 Euros would then be beyond reproach and beyond that you don’t even have to look. That’s quite enough.

Nevertheless, the nuPro X-3000 RC are actually the better choice for smaller rooms, because they are quite sufficient on their own and without a subwoofer for many purposes. Under 20 m² you will certainly be happy, even if there is still some room for improvement in the subcontraoctave. In addition, a subwoofer increases the price considerably, even if it is certainly not a useless investment in the long term. If only because of the fashions and the more flexible set-up.

However, if you’re struggling with the space for a subwoofer and its optimal placement in the room, it’s better to go for the nuPro X-4000 RC, because a little more bass and a slightly higher level stability already make a sub completely obsolete even in medium-sized rooms around 25 m². 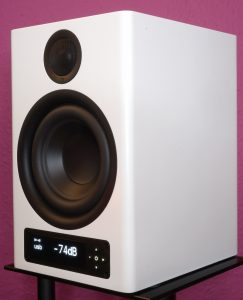 Now you can ponder for a long time, or you can become the terror of the neighbourhood, put a pair of nuPro X-4000 RC on your desk (or next to it) and furnish the free corner with a nuSub XW-900. This is the hardest option in terms of cost, but the foot massage is just as included here as the next neighbour dispute. So if you’re looking for an acoustic steam hammer for your desktop setup, you’ll easily find what you’re looking for here. Or, like me, he’s thinking that maybe he’ll move someday and have to have more air molecules pushed away.

And besides, the whole thing is not only frighteningly level stable, but it even sounds really good quietly and loudly in equal measure. So from that point of view, everything was done right in my case, even if it’s kind of completely over at the moment.

You get what you paid for. Komponenten und Handwerk können auch dort High-End Niveau erreichen. 😉