I recently wrote about the first steps towards a better evaluation and measurement of headphones and headsets (read article) in my lab. However, I also see the whole thing as a challenge to get it as accurate as possible and so I was also happy about the feedback from the forum and thought about how to still fix possible shortcomings. The whole thing has grown up quite a bit financially in the meantime, but it’s fun when a plan works. To do this, I contacted a manufacturer of such parts, purchased the body as a collection of individual parts and then imported them myself. I prefer to keep quiet about production and delivery times, which are now just as absurd as the prices. 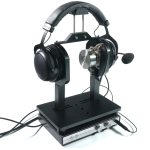 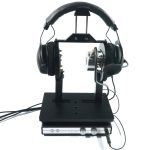 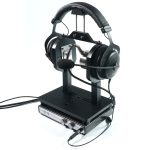 The basis remains the familiar measurement microphone that has already proven itself for the in-ears and if everything goes well, I will add a second to be able to measure both shells at the same time. The hurdles for calibration are high, but it is more convenient in the end not to have to measure everything twice if you want to display both channels. But I’ll leave that for later, because it’s been expensive enough so far. By the way, I found most of the suggestions at Oratory and I thank them dutifully.

In general, to measure the transmission behavior of headphones, one uses so-called couplers with clearly defined volumes and fixed, cleanly calibrated measurement microphones. The setup can be used just as well for plug-in headphones (in-ears) and small headphones (e.g. from hearing aids) as for simpler headphones and headsets as so-called on-ears (headphones with supraaural cushions). For such headphones (on-ear), the “artificial ear” according to IEC 318 is useful, which I have now followed with the implementation. 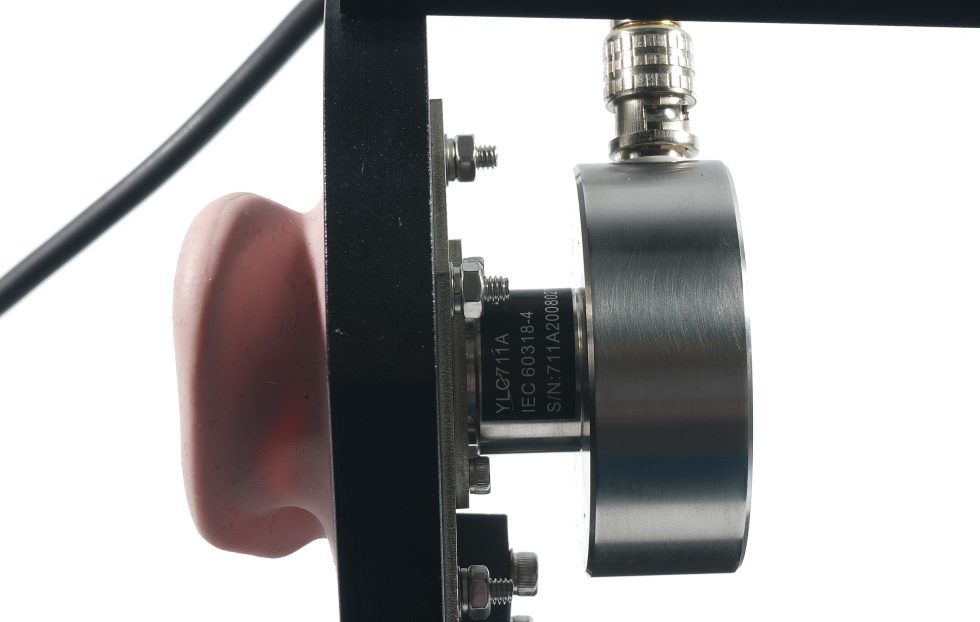 The thick over-ears, i.e. circumaural or ear-enclosing headphones, are virtually the top of the class when it comes to measurement and, above all, reproducibility. This is precisely why there are no standardized couplers yet. The reasons for this are due to difficulties in measurement technology and the many influencing factors that make reliable reproducibility almost impossible. Therefore, such circumaural headphones are predominantly measured with appropriately modified couplers for supraaural headphones by additionally using a flat plate as a support for the circumaural cushion. 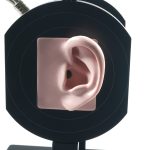 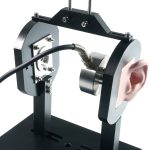 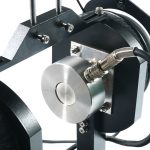 The trick is to reproduce the ear (as far as possible) in a lifelike manner and also to imitate the head, including its shape, correspondingly well. The new test setup is not only more stable than the first one, but also much more variable in terms of width (adjustable), headband support / head height (adjustable) and the side tilt (adjustable). Here, all currently common specifications can be implemented well and I’m just tweaking the different possibilities of the settings a bit.

I’m still a bit puzzled about the acoustic connection, but more about that in a moment when it comes to the first measurements with the new setup. But maybe one or the other reader can think of something suitable, I am always all ears and have published the intermediate status today not quite by chance. For reasons of transparency, I’m happy to let you participate, but as always, I’m also happy to receive further input, so that we can reach our goal in the most straightforward way possible. The whole thing is now available on page two.

Before the review of the Ryzen 7 5800X3D, an interesting cross-over test: When the Ryzen likes the Geforce and Intel’s Core prefers the Radeon
Intel’s finest crowbar selection – Core i9-12900KS binning and OC comparison with 12900K/KF