2020 was actually a first-class year for technological innovation, but it will probably also go down in history as the year of the ultimate frustration of discouraged consumers, when the target group will end up not being able to buy what has been on their wish list for a long time: graphics cards and processors, power supplies and last but not least the ready-made solution in the form of the current consoles such as a PlayStation 5 or Xbox Series X. Why is such a shortage arising in the first place? The big brands that are ultimately at stake (Sony, Microsoft, NVIDIA, AMD) all talk about “demand exceeding supply”. Oh, really?

It is a rather evasive explanation, without any communication about the actual state of their supply and production lines. Every company, regardless of its size, also employs highly experienced specialists who plan production and procurement for the long term and create a so-called forecast, which is nothing more than a complex foresight that takes all factors into account. It is certainly possible for a company to miss the mark, as the example of AMD and Vega shows, where in the end they forgot to plan the packaging in advance with sufficient resources. But that suddenly everyone is supposed to be equally wrong is then rather unlikely.

Of course, one can go in search of causes and traces, exchange ideas with colleagues, tap and evaluate various own sources and also include the findings of other specialized media, which often have incomparably better access to the makers behind the scenes. The first conclusion that could be drawn fairly quickly is the common statement of almost everyone that the situation is really serious at the moment and will continue at least until spring 2021, because its causes are manifold and more complex than many company representatives would like to communicate publicly. In the end it is a causal chain, where all the imponderables and shortcomings also impressively show the negative side of globalisation.

The explosion of demand exists, but is not the only reason

The explosive growth in demand for various IT products is undeniable. First of all because of teleworking in the home office: printers and laptops are sold well and one of the leading providers of webcams even reported a historic sales record. On the gaming side, 2020 will see the most attractive market launch in a long time, driving new customers and upgraders into the shops in equal measure. Consoles like the PS5 or Xbox Series X, graphics cards like NVIDIA’s GeForce RTX 3000 or AMD’s RX 6000, new CPUs like the Ryzen 5000 series and finally, of course, box office hits like Apple’s M1 are fuelling a hype that is leading to a shortage of supply, as many interested parties would like to take the performance leaps (which have not been seen for several years) with them.

One of the largest suppliers of graphics cards explains that orders for the GeForce RTX 3000 from resellers are much higher than last year. Although the cards go out like hot cakes when they arrive, it is also explained that there are no more availability problems in relation to the number of pieces requested than in previous years. The same is also true for manufacturers of stationary gaming PCs and system integrators, who would have RTX 3000 graphics cards at their disposal, for example, but the demand is indeed greater than estimated and more and more mass retailers are entering this market, skimming off large quantities. As a result, even graphics cards of earlier generations are now affected by lack of availability. At AMD, Ryzen 4000 as a notebook CPU is becoming scarce, as is Ryzen 5000, so many manufacturers are now even switching back to Ryzen 3000. And as for AMD’s new RX-6000 series, AMD itself is talking about a transition period of up to eight weeks before it expects to meet the demand for board partner cards.

Transport problems as a historical crisis that causes additional damage

Since the beginning of the COVID 19 pandemic, traffic has been out of control and panic has been rampant. But now, at the end of 2020, the situation is even worse than in spring. For example, an industry expert working for one of the leading providers of international transport services describes this unprecedented situation as “the biggest crisis ever” in transport between Asia and the rest of the world. Prices for container transport are also skyrocketing through the United States of America, which is attempting to monopolise most sea and air transport in order to import massive amounts of personal protective equipment (PPE) in addition to conventional goods.

Europe must therefore pay an ever higher price for its share in order to recover the lost transport capacity: the price has risen from around 2,000 to over 6,000 dollars for a single container, and only for pure port-to-port delivery. The same applies to air transport. A Chinese exporter explains that chartering a Boeing 747 today costs a whopping million dollars, compared to about 400,000 dollars as used to be the case. This is simply because you have to pay for the return flight of the plane, which is very likely to be empty, since there is currently a very large imbalance in the import-export market between China and Europe.

Incidentally, the price per kilo for air transport has doubled worldwide and Europe is increasingly resorting to the new Silk Road, which China has pushed very hard: conventional road and rail transport, the prices of which have even tripled in the meantime! Especially bulky peripherals, such as PC screens, are also suffering greatly: according to a well-known brand, prices rose by 15 or 25% in France, for example. According to the information, some computer components, sometimes even graphics cards, are now sent to Europe without their packaging as so-called “bulk goods” in order to save volume: they are packed into cartons on arrival later, if at all. Dead on Arrival? Not to be ruled out, which then causes even more frustration.

But on the transport side, even the deadline for technological products, which are often small, light and of high quality, remains a constant issue. Because the real problem at the moment is the lead time: it takes about 4 to 5 weeks to get transport space at all, which is four times longer than normal. By road and rail, crossing certain borders between China and Europe now takes an average of 10 days, whereas it used to take 3 days. This is pretty bad timing in the middle of the Christmas season and this delay will continue until at least next March according to sources.

Production as a taboo subject with serious consequences

The manufacturing industry is also currently in a historically difficult situation. The manufacturers of various products such as processors, motherboards or graphics cards officially do not appear to be overly concerned about this, but unfortunately the reality often looks completely different, as the entire production chain is, for various reasons, sometimes extremely disrupted (broken chain). First of all, the Taiwanese foundry TSMC is completely overwhelmed by the demand. The reason is actually quite simple: With the exception of the current RTX 3000 (Samsung), all market launches of the year 2020 rely on the 7-nm chips from TSMC. ARM-SoC manufacturers such as Qualcomm also use 7 nm and have only recently moved capacity from Samsung to TSMC. TSMC is currently pretty much alone in the market with this technology and the production lines are therefore working at full capacity. A sudden increase in production is therefore not possible.

A special insulating film, the so-called ABF substrate (Ajinomoto Build-up Film), which is indispensable for etching chips in 7 and 5 nm, has also become increasingly scarce and scarce in recent months. The prices for this film are said to have risen by 40% and the waiting time is said to have increased to up to 4 months. If manufacturers are now declaring that the shortage is likely to continue for a long time to come, it is also because the few suppliers of ABF substrate, such as Unimicron, Kinsus or Na Ya, are declaring that they will not be able to increase their production for another three quarters.

Other components make things even more complicated: The small additional chips (controller, supervisor, etc.) from ST Micro, NXP or Infineon are also missing due to another deficiency: silicon wafers with 8 inch diameter. Many products then suffer from this, such as PC power supplies, but also consoles of the PS5 and Xbox series X and the graphics cards. Flash memory and DRAMs, on the other hand, do not seem to be in real short supply, and the consequences of the COVID-19 pandemic are not as drastic as is often claimed, as the unaffected production capacities are now back to full capacity. 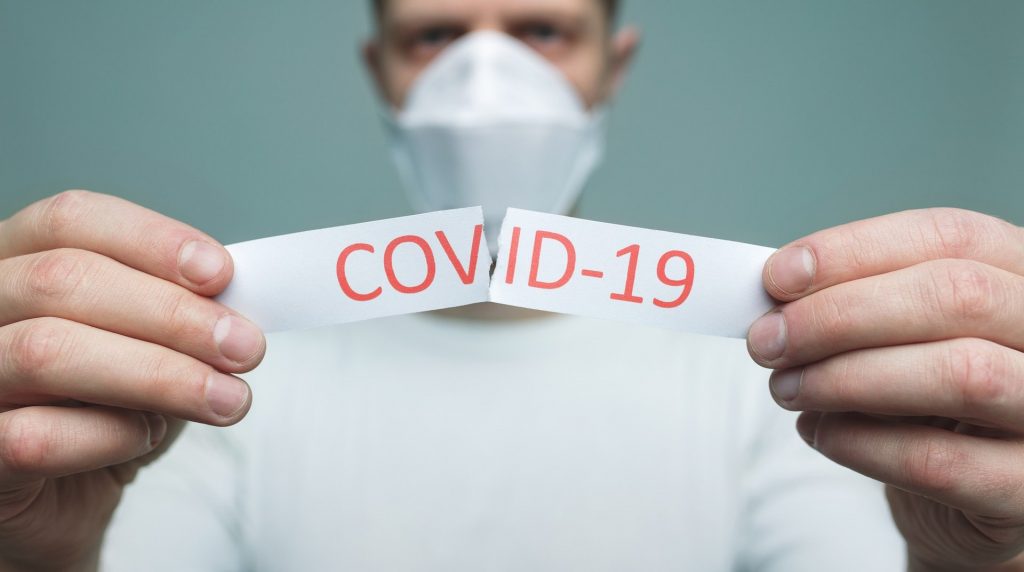 The political situation between China and the USA makes the situation even worse. Many Chinese productions are blocked by American trade restrictions, which makes the logistics of component assembly very difficult. Trade between China and Taiwan, which used to be very fluid and easy, is now becoming increasingly delicate and difficult. If some manufacturers are talking about a better situation in February, it is also because they expect a change of the American president and a relaxation of sanctions.

Shortage? Not for all

Not all manufacturers are equally affected. It seems that NVIDIA and Apple have each secured a large amount of ABF substrate thanks to their market position. Apple is on the 5 nm TSMC lines alone with a small chip (119 mm²), which is easier to produce in large quantities. NVIDIA, for its part, avoids bottlenecks at TSMC by producing in 8 nm at Samsung, whose performance remains competitive despite much larger GPUs (392 and 628 mm²). The two giants are doing quite well in this respect. According to our information, the next GeForce RTX 3060 (Ti) from NVIDIA will even arrive in very large quantities, but due to transportation problems, the supply will be questionable if demand remains this high.

The shortage of the GeForce RTX 3080 and 3090 could also be due to some difficulties in packaging the large chip (see picture above), although further speculation that NVIDIA could cut back production to reduce possible losses is rather unlikely. But somehow you can’t rule it out either. Unfortunately there is no exact information about AMD, whose large CPUs and GPUs (520 mm² for the Radeon 6800) seem to be more affected by the missing ABF substrate and the current TSMC bottleneck. NVIDIA is actually even in a better position with Samsung, but will still try to switch to 7 nm at TSMC to improve its production (super iteration?), which will probably further reduce the resources at TSMC.

The PlayStation 5 and the Xbox series X, which are based on an AMD SoC, are therefore also heavily affected by this very tight production. Microsoft declares that the new Xboxes will remain scarce until next March, with no official explanation other than “strong demand”. Sony has officially denied reducing PS5 production due to a hypothetical (and not very credible) problem with the efficiency of its SoC. In this respect, it should be recalled that the 7 nm TSMC etching process is considered mature and reliable and that the AMD SoC of the PS5 is rather moderate in size (308 mm²). Sony at least sticks to its last statement of about 7 million consoles sold by March 2021, which in itself would not be a bad number… if the PS5 wasn’t completely sold out worldwide at the moment!

One thing is therefore certain: if there is a shortage, it is not only due to pure demand.