Nowadays, there are mice for every field of application. Office, FPS, MMO, MOBA and whatnot. Fortnite Klaus needs an ultra-light and precise mouse, WOW Kevin needs as many buttons as possible. With the Model I, GLORIOUS wants to serve them all. And with 19,000 DPI, 9 programmable and partly customizable buttons, an ergonomic case and a weight of only 69 g, they have thrown some very useful ingredients into the pot. Find out in the test whether the calculation works out. 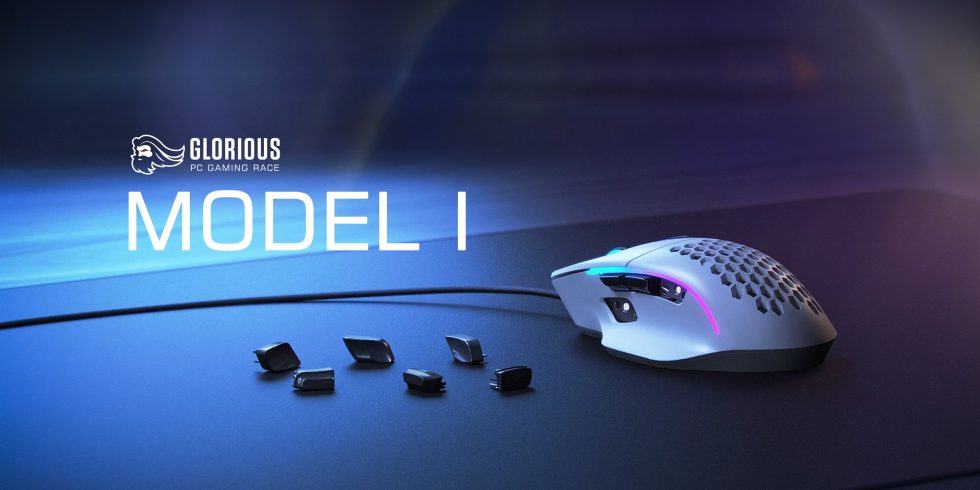 First of all, I have to say that left-handed users unfortunately fall by the wayside once again. The ergonomically and thus asymmetrically shaped Model I is reminiscent of classics like the Logitech G502, which I used for many years for a reason. I already roughly touched on the technical data in the introduction, and I’ll deal with the exchangeable side keys separately later. First, we want to free the good piece from its dwelling.

The two-piece box looks very classy thanks to its tidy design. 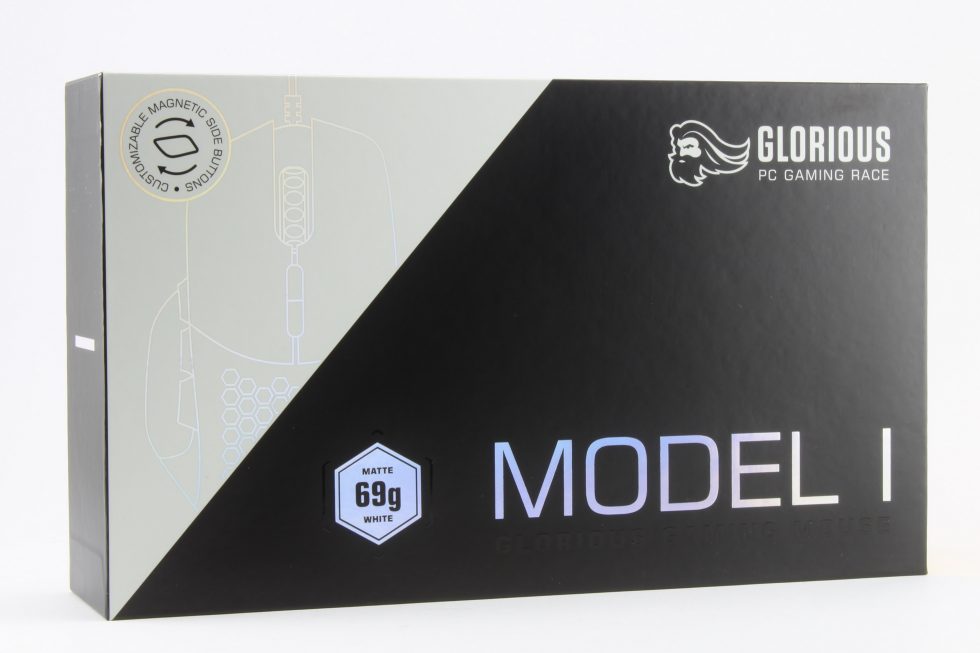 The most important specs are listed on the back.

The presentation of the product after removing the lid is definitely successful. 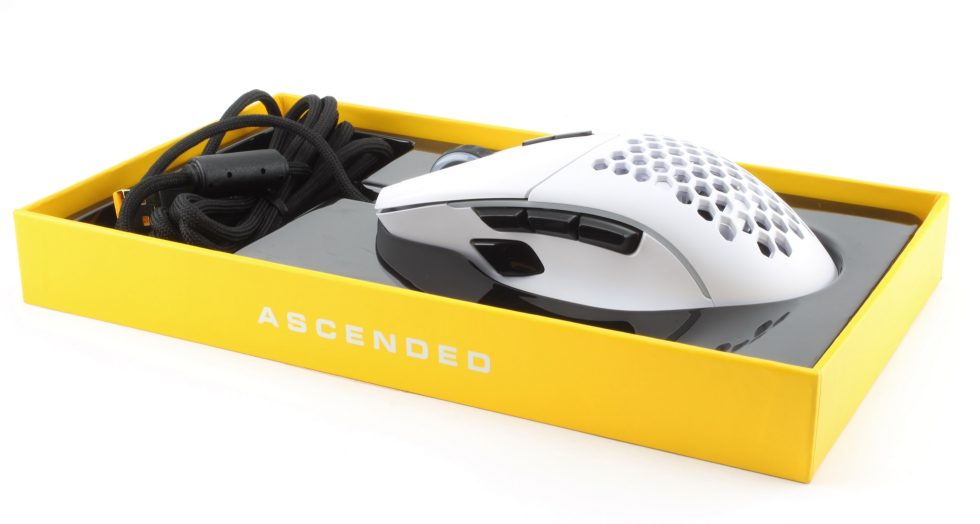 In addition to the mechanical rodent, the obligatory paperwork, a sticker and a couple of styli for changing are also included.

The mouse back is adorned with a perforated cover. Weight optimization, ventilation and cool look (matter of taste) in one. The wide thumb rest and the ergonomic shape in general are also well visible from this perspective. 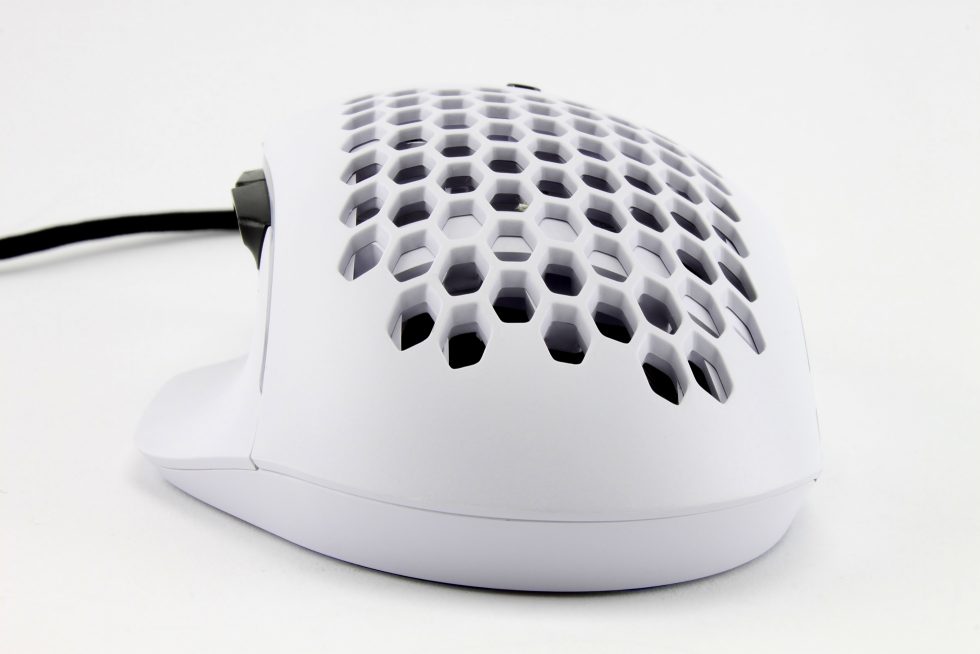 The mouse wheel is placed very far in front. I can just about reach it with medium-sized hands so that it is comfortable, but I have to extend my index finger completely. 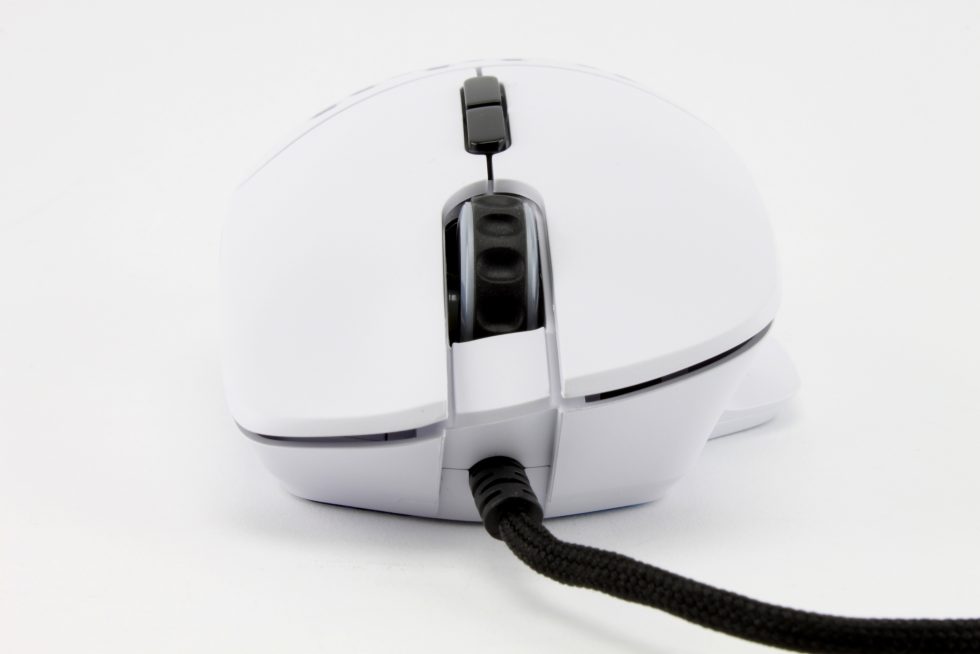 Through the bottom, which is also perforated, you can see the insides of the mouse. Next to the sensor is a small LED that indicates the currently selected DPI profile. The sliding feet called G-Skatez are made of 100% PTFE and can be bought for a few euros if they should ever be worn out after many hundreds of hours of use. 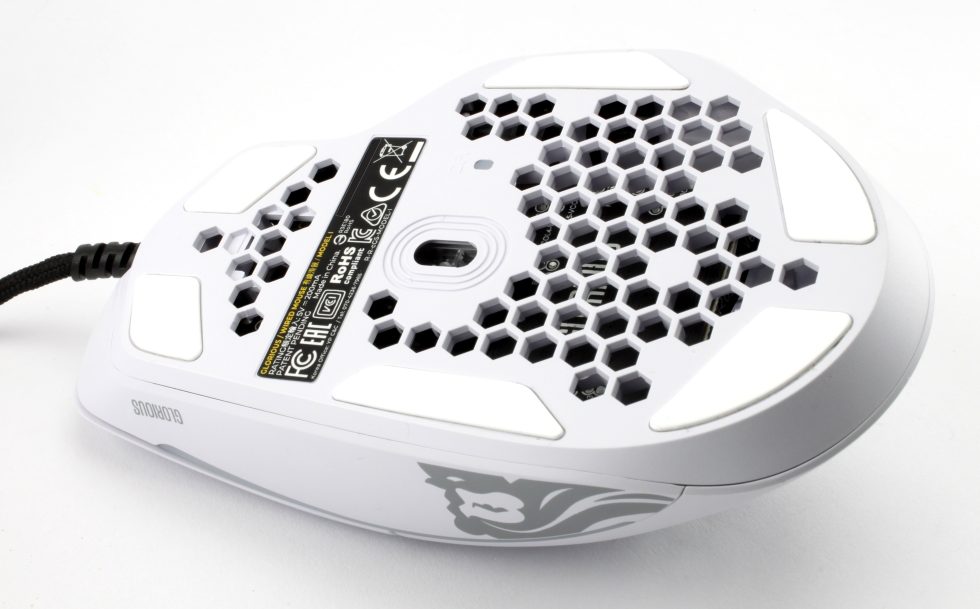 There are three buttons on the left shoulder plus the so-called “sniper button”, which I will discuss in more detail later. 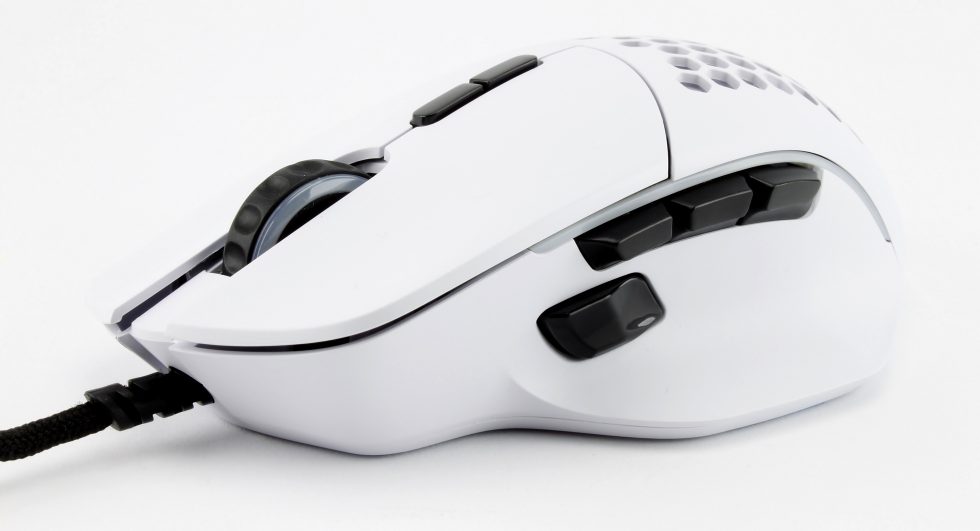 Overall, the Model I makes a good impression. There are no creaks or rattles, and the keys don’t make any noise either except for the intentional click when pressed. The surface is minimally roughened and offers a good grip.
The fact that the mouse looks a bit “cheap” is just in the nature of things here, because that is the case with ALL ultra-light mice. They just don’t seem as “massive” as a heavy wireless mouse with battery or like the debris from the past that was additionally weighted down with weights. Meanwhile, it has been noticed that lighter mice may not feel as valuable at first, but they offer many advantages in handling.