The fact that I generally prefer to play with very good stereo head listening rather than 7.1 gaming headsets is neither a secret nor somehow decadent. Resolution and location are simply better. But it doesn't always work without a microphone. Yes and then? Most of the headphones in my collection are wired and the one used here in the test also has a thick Y-cable, i.e. a jack for each side. If you're still having a wired microphone on it, you have to be careful not to suffocate in the tangle.

The ModMic Wireless from Antlion Audio crossed my path just in time, because as nice as the last tested wireless headsets were, they just can't get close to the premium class. Unfortunately, I have to make one thing clear: the ModMic Wireless is unfortunately not available for free, not even in the beginning and with a lot of start-up. The almost 130 Euros called in Germany are not only sporty, this is already like high-performance sports in pay TV. But if you like me find your way to the manufacturer's side, you can find it for just under 100 USD or in one of the European partner shops. The rest is then lucky in terms of import sales tax and transport costs. At least in a French shop you could have found for 103 free door euros.

Before you start, you have to unpack and tinker. And while you are doing this, it would be advisable to charge the pre-charged battery on the microphone part. For this purpose, you will find in the hard shell packaging, among other things, a short USB connection cable, which you can also plug into the USB extension, which is also in case, instead of the supplied dongle, if the line becomes too short.  Otherwise you will find the magnetic counterpart to the microphone arm and adhesive pads, as well as a cleaning cloth with alcohol for degreasing the adhesive surfaces. Well, you don't have to list the manual and the microphone arm, but I do anyway.

Let us now turn to the essential, namely the attachment of the microphone arm. However, he may first reload a little more (approx. It should be 2 hours when the battery was completely empty).  The included adhesive pads adhere to pretty much everything, including the tested Amiron Home from Beyerdynamic. However, this is certainly also the extreme case. However, it is advisable to really clean with the alcohol cloth, because some fat and dirt is always guaranteed. 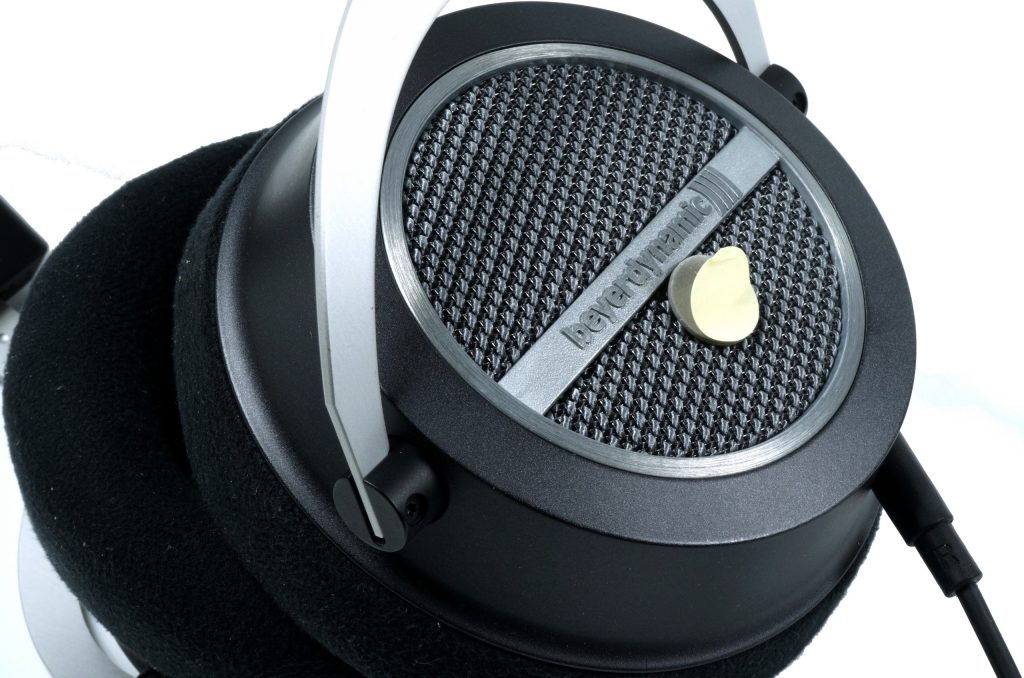 Then it is said to wait at least an hour but the battery also hangs on the charging cable.  If you still have an ultra-long micro-USB cable, you can charge the battery even while running. Of course, the sense of such a wireless attachment is completely reversed. But as an emergency aid, this can be done, because you never know who you have on the strip, when the battery is sloppy. So it's good to know it's going to work.

The dongle is simply put into one of the free USB sockets, preferred on the front side. To connect for the first time, you only need to press the button until the LED flashes blue quickly. Then you do the same on the microphone arm (wait until it flashes fast) and that's it. Pairing is analogous to the usual Bluetooth devices.

Now we come to the microphone arm. The gooseneck is not very long, so you should make sure that the positioning is still sufficient for the optimal alignment when sticking. The rest is then quickly told. The body made of ABS injection molding is almost not very valuable, but you don't see it when you use the part. Nevertheless, the visual contrast between the 500 Euro Plus class and this part is somewhat strange. This could certainly have been done much more valuable with a little more effort, a pity.

A small special feature is the switch between "Omni" and "Uni" on the microphone, unidirectional switches to kidney characteristics, which in itself is good, as it blocks the remaining sounds more clearly. Unfortunately, the frequency range is also very clearly limited and a lot of dynamics are lost. With 100 Hz to 10 KHz, this is still enough for TS, but good sound is a little different and you end up in the headset feeling of the 50-euro wood class.

Omnidirectional uses the ball characteristics and with 50 Hz to 20 KHz you have everything your heart desires at the start. What is particularly positive here, however, is the very good dynamics, the low basic/own noise and a very well-tempered reproduction of the upper bass, i.e. the basic tone range of the male voice. this has in fact already radio quality and is in almost nothing inferior to my speaker microphone with capacitor large diaphragm. I also have a sound example later on.

Anklippsen and ready! It should also be noted that the magnets now pack a tamper stronger. Of course, the weight has also increased. If you already have a part of an older ModMic glued to the headphones: absolutely change! The power cure will definitely be needed. The test is now available after turning over!