Sure, some details about AMD’s new Socket AM5 have already been leaked or published and thus are not quite dewy anymore. So today I have completed the whole thing with further content as well as drawings and show you e.g. which boxed coolers AMD is planning for the three performance classes. Because up to 105 watts you will again get models with three included cooler variations, which are better than some think and each fit to one of the three watt classes.

With certain leaks it is always such a thing and one has to weigh carefully between the desire for information and certain unwritten rules. Even though I have a lot of much more detailed information, especially regarding the electrical and thermal characteristics of the upcoming CPUs, today’s article will only deal with the topics that have already been leaked or at least made public to a large extent. So I use this article to put right contents resp. to deepen already known stuff. However, out of respect for the engineers’ work, I will not disclose things that you would not want to see publicly in this depth and form. In the end, this is also a matter of decency and years of cooperation that has always benefited both sides.

For this reason and due to given posts in my forum, I also forbid to post any links to various leaks, such as with the latest content that was stolen from Gigabyte. I removed this immediately today and will do so for any further repeat attempts. One can certainly “let through” certain information in a controlled manner, but spreading engineering tools and other programs from AMD and Intel is simply a step too far. Here also the moderators are instructed to react immediately.

A short portrait of the AM5 socket

It is also known that AMD is now back to an LGA socket (Land Grid Array), so that the times of CPUs glued and pulled out together with the cooler should also be a thing of the past. In addition, the problem with the contact surfaces is shifted to the socket manufacturers, which significantly simplifies the production and handling of the CPUs. The change from PGA to LGA also brings a significantly higher number of contacts. Thus, current AM4 CPUs use a total of 1,331 contact pins on the bottom side, while AM5 CPUs will have 1,718 contact areas instead of pins for the time being. 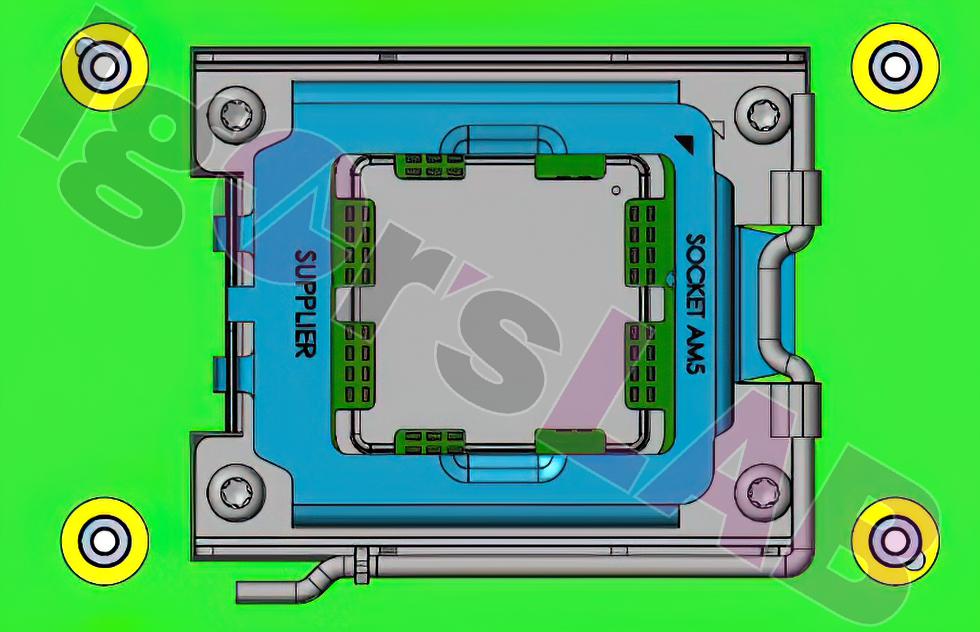 The top view shows that the design does not differ much from the solution Intel has been using for years. The hole pattern for the backplate and the dimensions of the holes (diameter), however, remain identical to the AM4 socket, as well as the dimensions of the backplate, whose design, however, changes slightly. AMD shows a distance of 7.98 mm between the upper side of the board and the IHS upper edge, whereby they work with a tolerance of 0.6 mm each, which makes a total of 1.2 mm. For the coolers, however, only the lower area is relevant, so that one must correctly measure the 0.6 mm for the matching stoppers, because otherwise the pressure may be missing. However, it is also an indicator of what, if any, curvature of the IHS to expect.

The following exploded view shows once again the basic structure, whereby there is also the information on the part of AMD that a second version of the socket is to appear in December 2021. I have, after the boxed coolers in the picture gallery in the attachment, also added the matching drawings, which also show the new areas for both sockets and in which the upcoming version of the AM5 socket has already been incorporated.

Because even if the dimensions remain the same, the so-called “Keep Out Areas”, the “No Routing Zone” and the specifications for the heatsinks might slightly differ from the Socket AM4. Older backplates in particular probably need to be checked more closely here. You can see here already on the drawing, that beside the opening in the middle there are further recesses, which did not exist before in this form. One can only advise the cooler manufacturers to at least use AMD’s new backplate. 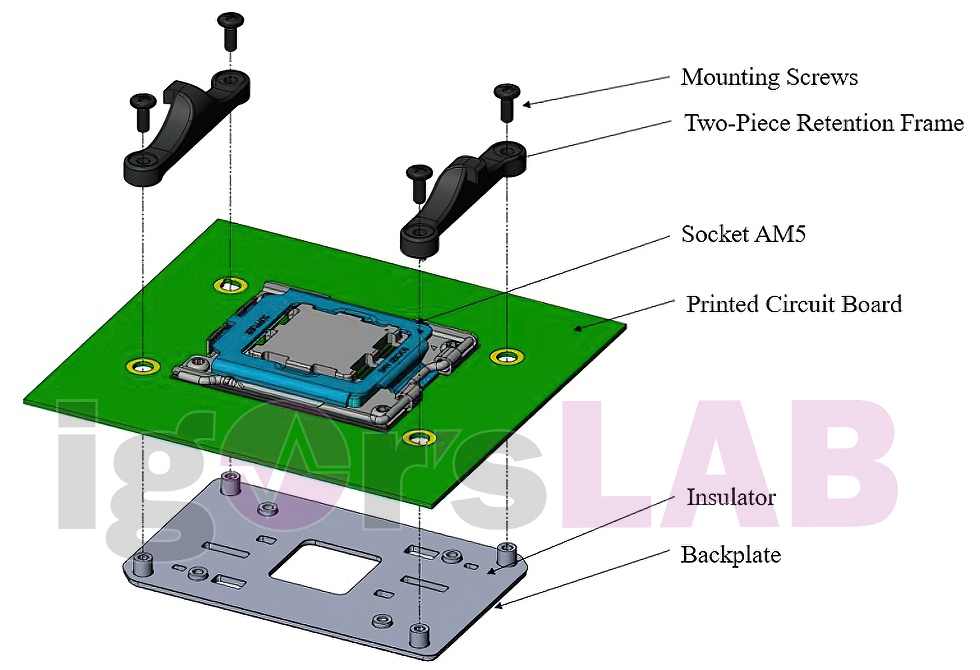 The six TDP classes of the new CPUs

The portfolio of the upcoming CPUs is divided into different wattage classes for the TDP, as it has already been the case, whereby there is an expansion and slight change here. Up to 105 Watt TDP AMD will also offer own cooling solutions (see “Heat Sink Class”), which I will introduce on the next page. For the TDP class with 120 watts, we recommend an air cooler from the medium performance segment and from 170 watts even a water cooler with a radiator size from 280 mm. Of course, this is certainly exaggerated for normal operation, but it also shows what, if any, peak performance can be expected in various situations (AVX 512, PBO). 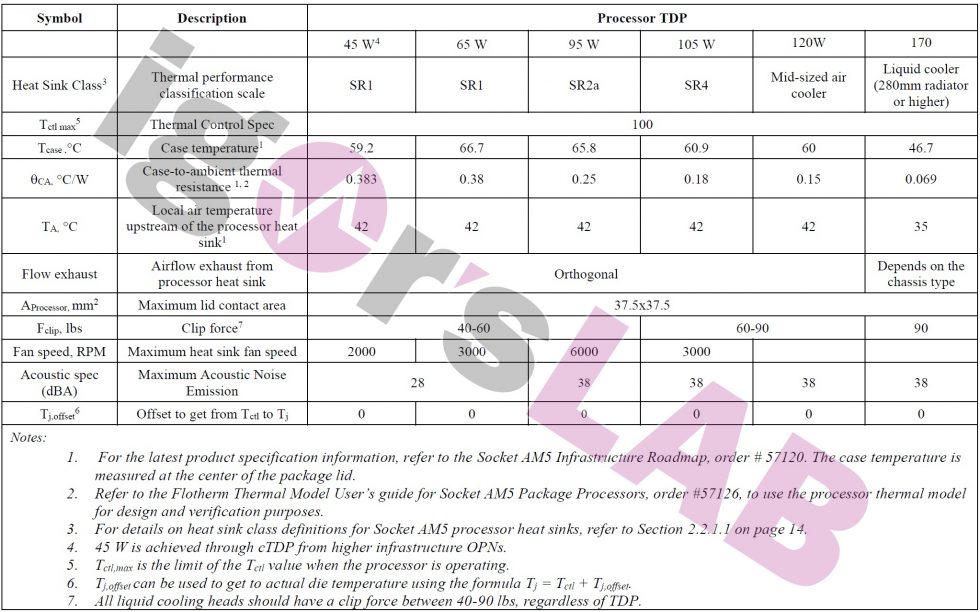 I will deliberately leave this part out for now and it will be the task to really prove such constellations later in due course with a physically present CPU in the launch review. Speculating about the power consumption at this point leads nowhere and for the rest of the data applies what I have already written in the preface.

Screw loose? What you can find in graphics cards (and that definitely doesn’t belong in them) | Community
Power Consumption, Peaks and technical Details: Intel’s upcoming Alder Lake S and Raptor Lake S CPUs in an exclusive comparison