For the sake of completeness, I will first run the two synthetic benchmarks. Here, the given performance is almost reached with a maximum of just under 2900 MB/s during reading, which isn’t bad for a used SSD. I miss the promised up to 1400 MB/s with the used SSD very clearly. Here it is less than 1100 MB/s, which is possible even in the otherwise so gracious CrystalDiskMark. 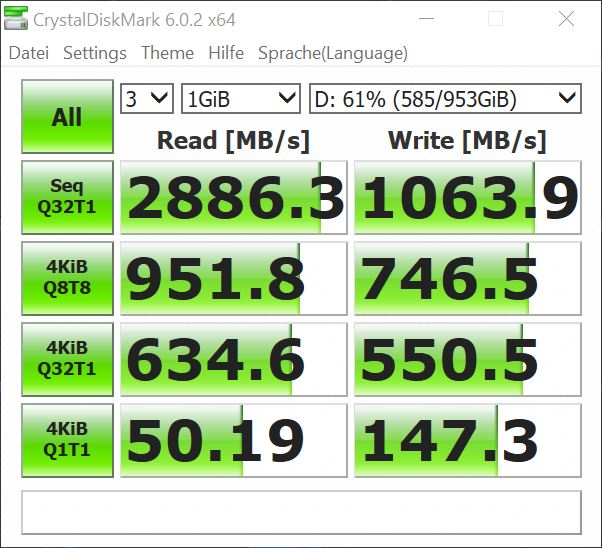 I’m more interested in the writing process and I’m back to the industry benchmark AJA and the creation of a video stream with 64 GB total size. While reading shows no abnormalities, writing is a real statement. Even if you also stay just over 1000 MB/s here, this process is absolutely constant and it is one of the few cheap PCIe-3.0 SSDs whose pseudo-SLC cache does not collapse after 24 GB or less. Of course there are no peaks during writing, but it remains a constant stream. That is then what I meant by honest in the headline. 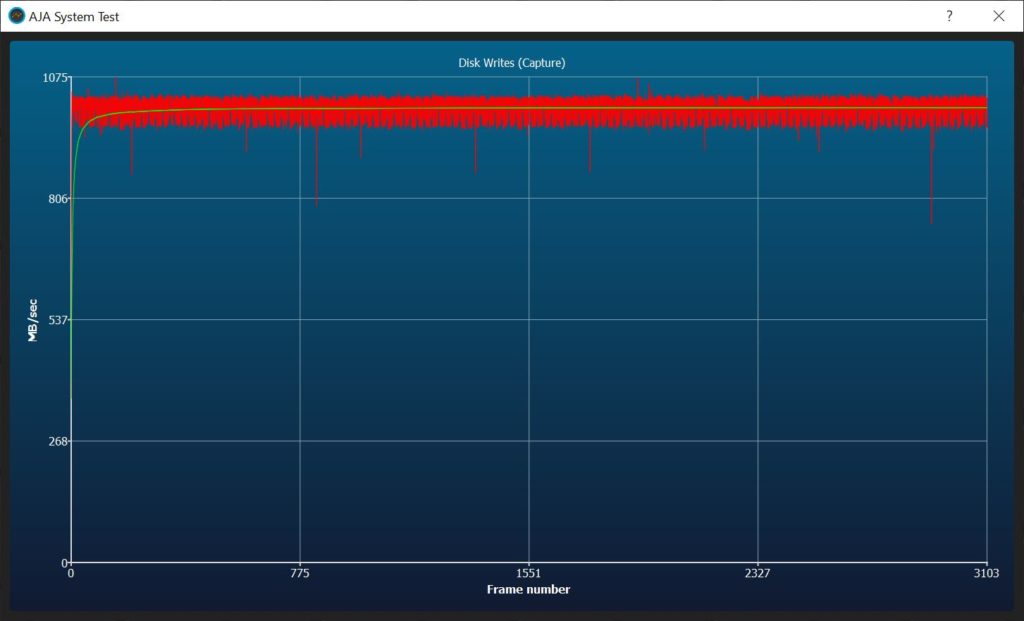 By the way, the temperatures are not an issue, because with an average of 44 to a maximum of 55 °C in the uncooled second M.2 slot of the MSI MEG Z390 Godlike you are also well in the race.

This brings us to the SPECwpc and the real-world applications it contains. The test is carried out against a Kioxia Experia, also 1 TB in size, and PCIe Generation 3. I’ll do without IOPS and stick to the read and write rates in MB/s instead. For what is generally written here is small but frequent, as can be seen from the low rates. You are far away from the theoretically possible maximum rates and what you can achieve in a constant stream. Let’s first look at the read operations and see that both SSDs act extremely differently. 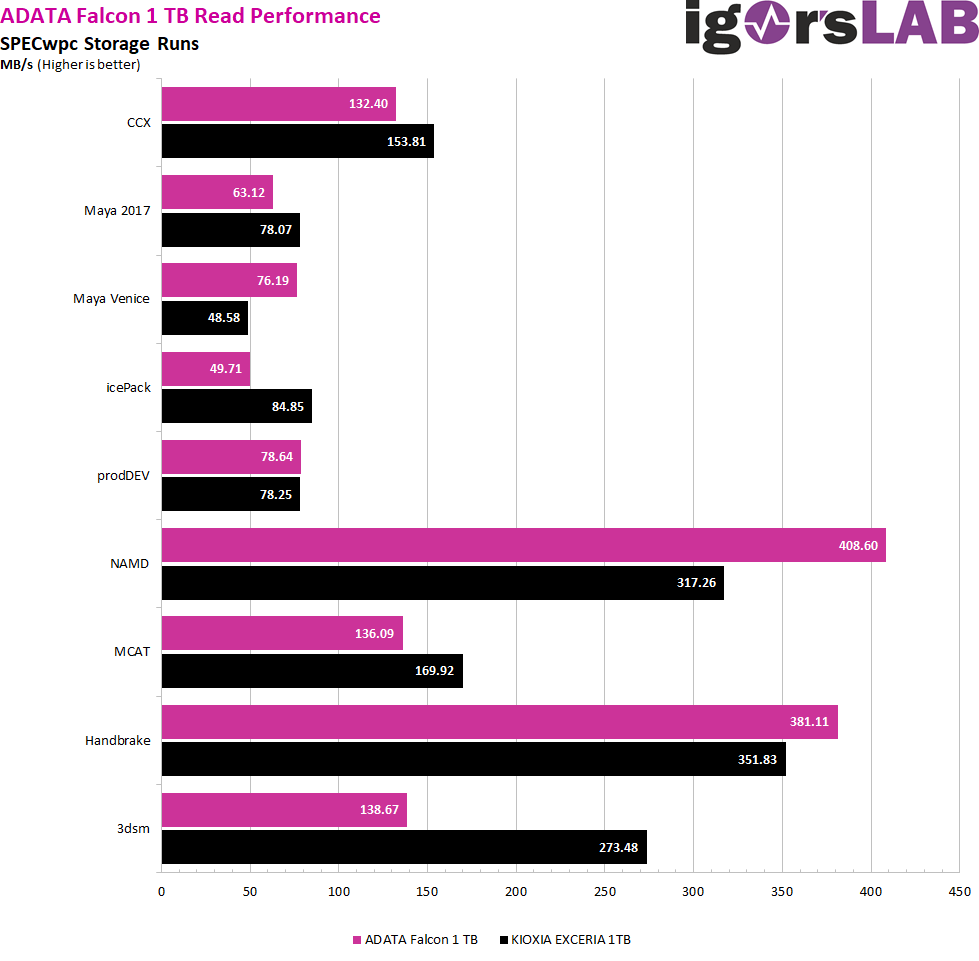 But even when writing, the huge differences between the products remain and depending on the application, sometimes one SSD is faster and sometimes the other. This is also due to the missing DRAM and the very different controller, as well as the used TLC from Micron. 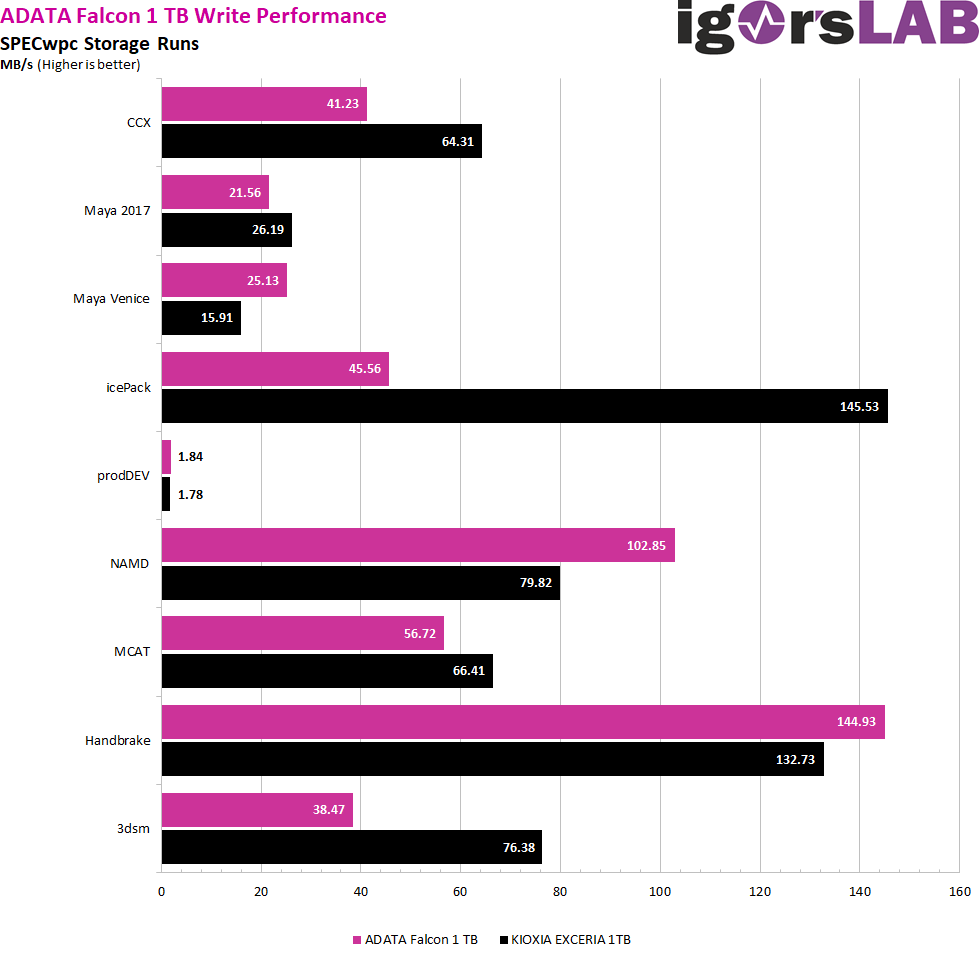 The plan to bring a relatively inexpensive SSD with decent performance values onto the market with the ADATA Falcon has been successful, although not to the full extent. The DRAM is already missing quite clearly, especially for smaller data blocks. On the other hand, the behavior is better for large data streams to be written. So it all has advantages and disadvantages. And how should one evaluate the SSD in the end? To be fair, one will have to differentiate a little.

If this SSD comes to Germany at the targeted price and the market continues to stabilize, then one could expect street prices of less than 130 euros. Then, but only then, this SSD is interesting for all those who tend to read rather than write much on the SSD and who don’t care about the very last performance boost. Because you won’t feel it subjectively in normal everyday life anyway.  Upgraders and converters will be pleased that there is an alternative to Crucial, especially since the same TLC is used. Only on the controller could the spirits divide. Well, at least a little. So it’s not a bad product if you don’t lose sight of the target group of savers.