When Intel recently offered me to test the Core i5-10400F, I thought for a long time about the added value that such a single test could bring, because in the end it’s the whole package that counts. Therefore I decided to let this CPU compete against the AMD Ryzen 5 3600 which is similar in price. But in the end, such a comparison is only fair if both CPUs are tested and compared together on a suitable and comparably equipped base. As far as the tested sample of the Core i5-10400F is concerned, I have added a special paragraph below. 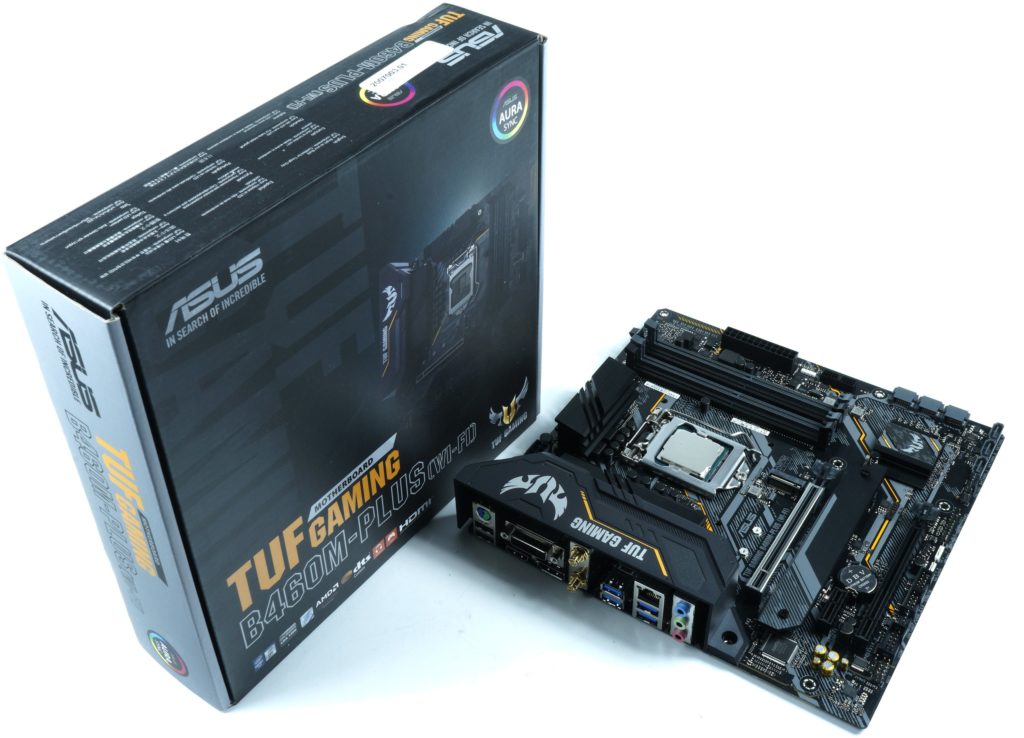 That’s exactly why an ASUS TUF Gaming B460-Pro from 130 euro is used for the Intel Core i[WI-FI]5-10400F (from 156 euro) and an ASUS TUF Gaming B550M-Plus from 150 euro for the AMD Ryz[WI-FI]en 5 3600 (from 168 euro). Intel wins with 286 to 318 euro for the AMD package in the price of the complete package.  A lot of 30 Euro difference, but this is due to the very high price for the board with the B550 chipset. This in turn, however, is somewhat better equipped, especially with the voltage transformers. A feat, because while you can adjust the maximum RAM on the Intel board and make up a few percent in the settings here and there, the CPU on the AMD board still overclocks usefully.

And there is something else that comes into play here, because the Ryzen 5 3600 comes with the Wraith Stealth cooler, at Intel there is nothing in the box. So here, one has to add the 20 to 30 euros for a cooler. In my view, that makes for a kind of draw, at least as far as the price is concerned. I run both CPUs with the same unlit G.Skill Aegis DDR4 in the 16 GB kit (2x 8 GB), which is the most common thing you can get at the moment.

I already wrote that Intel provided the CPU for this test and granted a certain period of time for this loan, which of course limits the whole test a bit in terms of content and excludes more complex projects with follow-ups. But even so, in the end an interesting and probably representative picture emerges, even if some questions remain unanswered. After unpacking I had to realize that the stepping of this so-called QS (Qualified Sample) is still from the pre-series.

The currently commercially available CPUs are probably mostly native six-cores in G1-stepping (with thermal paste, SRH3D) or trimmed 10-cores in Q0-stepping (soldered, SRH79). To what extent the overall performance and power consumption of this older QA differs from the retail models is unclear at first. Therefore I will have to relativize all results in the further course of the game, which is a little bit a pity. 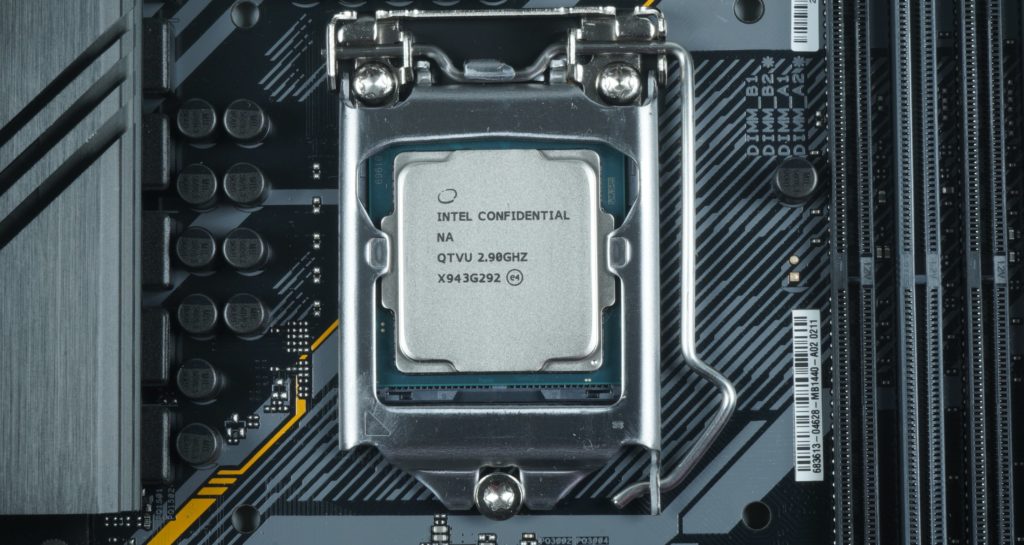 The TDP issue is also somewhat unclear. For Intel Core i5-10400F, PL1, thus the well-known TDP, is given with 65 watts and PL2, thus the higher load that can be used for a short time with a solid 134 watts, which can be held for a maximum of 28 seconds (TAU). I wouldn’t trust the B460 motherboard to do more than that anyway. After a manual intervention, this CPU runs up permanently on a suitable Z-board and sporadically at just over 4 GHz on all cores, but it drinks like a hole because the PL2 status is permanently present. It remains to be seen whether you want to, especially since these boards cost considerably more. I already had a news about the ASRock board:

So to be fair, I ran all benchmarks for both CPUs in several iterations one after the other and cancelled the first run in each case. But then PL2 is history after only 2-3 seconds under full load and the TDP is what you bought. With all the advantages and disadvantages. About this history of the current Comet Lake-S CPUs enough has been written (also by me) in the meantime, so I’ll leave it out at this point. Redundancy always reads rather dull and boring.

And because I’m a rather curious contemporary, I also have a Ryzen 3 3300X running on the B550 board, which I can buy for a good 130 Euros. Four cores and 8 threads (SMT) against 6 cores and 12 threads (HT) are also worth a test. So it is a troika that I am now sending into the benchmarks. I’m curious about it.

ADATA Falcon 1 TB M.2 NVMe SSD Review – The slightly different way to be cheap.
1More True Wireless ANC Review or why in-ears can be fun to test (as long as the battery lasts)