Before we get to the content of today’s review, I have to be fair and clarify the premise first. As a home office sysadmin, I spend several hours a day in meetings with colleagues and clients and depend on a high-quality audio solution. With surrounding neighbors and air conditioning another challenge in the summer, Active Noise Cancellation (ANC) is also high on the wish list. For this I have already tried various reviews and products of well-known audio manufacturers such as Sennheiser or Bang & Olufsen some time ago, unfortunately with sobering results, but that’s a story for another time. 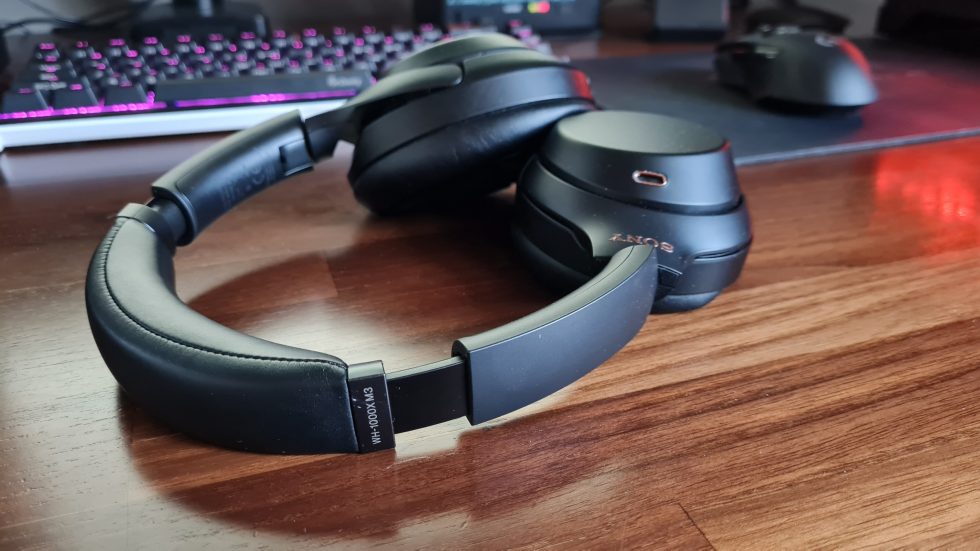 Finally, I have been using the predecessor model of today’s review candidate, the WH-1000XM3, for almost 2 years now and have been largely satisfied so far, even if there are a few minor shortcomings. So I was hoping for a small upgrade from the WH-1000XM4s that might bring a Quality of Life improvement or two, such as simultaneous pairing of multiple devices via Bluetooth or refined noise cancelling, as promised according to the marketing. Now let’s take a look at whether Sony’s 4th generation WH-1000X series will be able to deliver on that. 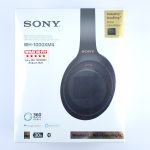 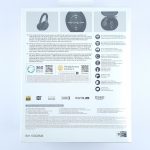 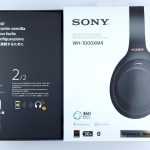 A small unboxing may not be missing of course as always. In the packaging, we only find a quick guide including warranty terms and conditions and the headphones packed in their hard-shell carrying case with a black fabric feel. Besides the folded headphones, inside you will find a USB A to C charging cable, a 1.8m jack cable, and a stereo adapter for the plane. 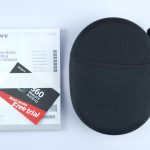 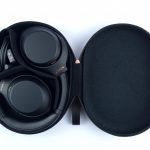 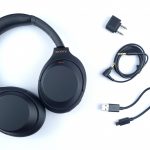 As already seen, the ear cups can be folded in on both sides and thus save space. The ear cups can be rotated 90 degrees in one direction, e.g. to wear them flat around the neck, and 15 degrees in the other direction to fit the shape of the wearer’s head as well as possible. Speaking of comfort, Sony uses leatherette pads filled with foam, both on the ear cups and the headband. Together with the medium-strong clamping pressure, this provides good sound insulation from the environment, without uncomfortable pressure points even after several hours of wear, at least on my head. 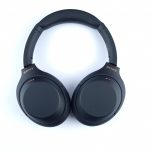 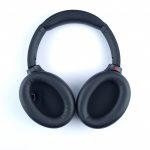 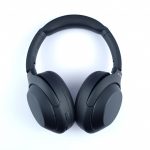 The design is almost completely identical to its predecessor, so nothing new if you’ve seen them before. In the black variant, the entire construction is made of black matte ABS plastic with rose gold accents. Why it can’t just be silver here I don’t understand, but so be it. Integrated into the design on the bottom of the ear cups are the buttons for on/off, a configurable “Custom” function and the 3.5mm jack on the left and the USB C port for charging on the right. The outer surfaces of the ear cups also have features, an NFC area on the left to pair with an NFC-enabled mobile device and a touch area on the right to map common media functions like pause, louder/quieter, next/previous song, etc. 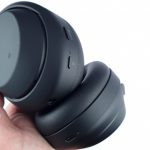 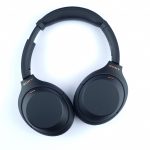 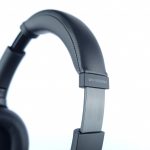 Both work pretty well, by the way, and the latter now also emit a feedback sound, which the predecessor couldn’t do yet. Oldschool buttons would always be my preference for blind buttons, but that would probably have disrupted the design too much. So from that point of view, the touch surface is a good compromise. The headband can be extended as usual, using a silver aluminium construction inside the plastic casing. This is also where we find the only visible difference from its predecessor, the product name imprint on the outside above the temple.

Push, pull or push-pull? What can a good case fan do in different installation variants?
Used graphics cards bought with a capital water damage – PayPal has decided (Update)| igorsLAB helps