Should Santa Claus now donate a restrained quiet pedal with ARGB halo or rather a powerful brother including colorful fireworks? And do you want the parts individually or in a three-pack with a hub as a free accessory?  Yes, also be quiet! sends glowing fans into the race for the first time, which may sound like blasphemy to some. Well, ARGB also works in black, so you can turn it off. But that would really be doing an injustice to the completely redesigned fans. Because that’s exactly what today’s test will show. 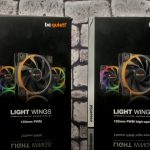 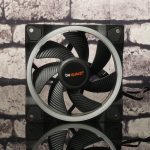 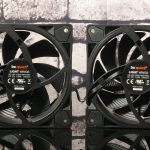 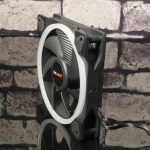 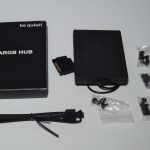 They are still fans, where the focus is on performance and noise development and which also shine nicely as a bonus without overdoing it. Fans that shine exaltedly and by the way also cool a bit and lay out nice noise carpets, the market knows enough by now. Doesn’t really need anyone, so better put the cart before the horse so it makes sense. The RGB lighting can be left as it is, even if the impression is rather solid and a bit more restrained (pleasant): 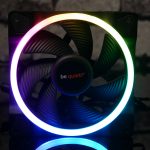 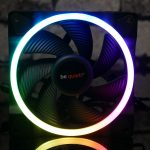 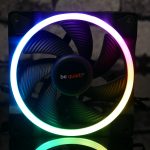 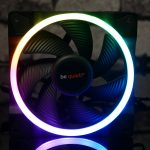 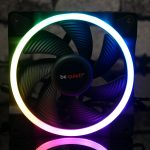 The manufacturer uses the so-called rifle-bearing, which is very similar to the normal plain bearing, but is quieter and has a service life almost as long as ball bearings. This bearing has a spiral groove through which fluid is pumped from a reservoir (similar to the fluid bearing). This makes them rather insensitive to the direction of installation (unlike plain bearings), as the pumped fluid lubricates the top of the shaft. Pumping also provides sufficient lubricant on the shaft, reducing noise and increasing service life. So much for the theory and we will see later in the sound spectrum if and which advantages can be seen (and above all heard).

The frame is, except for the translucent light ring with its individually controllable 20 ARGB LEDs, rather plain and very torsion-resistant. The use of translucent plastics results in a very uniform luminous image without extreme hotspots for the LEDs. The shape of the impeller follows the well-known wave design of be quiet! and relies on rounded tear-off edges. While the classic standard case fan uses 7 fan blades, the High Speed has a total of 9 fan blades, which later explains the slightly different measurement results of the fans at identical speed.

The decoupling is achieved with inserted rubber applications, which do not twist even when the screw is tightened. The gap dimensions and surface finish are good to very good. The power consumption of 4.56 (120 mm PWM) and 5.4 (120 High Speed PWM) Watts at full speed is medium-high, but that’s the toll you have to pay for a good performance. First of all, the key data for better comparability to the later measurement results for both fans in comparison:

For all curious people here again an excerpt of the data sheet:

Battlefield 2042 or Betafield 0815? – Game fun and frustration in a double pack as well as some hope at the end | Diary of Suffering
Insights into ATX v3.0, ATX12VO v2.0 and PCIe 5.0 – When resource waste becomes the new standard | Investigative