The race for ever faster CPUs and above all GPUs is now producing such blossoms that even existing standards have to be softened or modified for the new energy waste offensive that soon every end consumer will have to save up for a portable nuclear power plant if they don’t want to be in debt with the energy supplier well into old age. To make it quite clear from the outset: I have nothing against technical progress as such, but in times of increasing resource scarcity and impending climate change, the current efforts, about which I unfortunately have to write today, are not only out of place, but almost a denial of long-proven facts.

But before I get to ATX v3.0 and the new excesses in the power supply requirements including the toleration of power supply loads up to well over 2 KW (and we thus also have to think about the role of the companies involved), I first have some interesting basics and further information for you, which unfortunately are usually not publicly available in this form. Nevertheless, we have to write about it, because it actually affects everyone and everything. And it’s not boring either.

I already wrote in detail about the PCI SIG and the new 12VHPWR connector, so I want to use this topic as an elegant introduction and also talk about what the end user might have to expect later on. For the new 12+4 connector, which will become the standard on the upcoming graphics cards, I still have to give some context relevant for today’s topic. 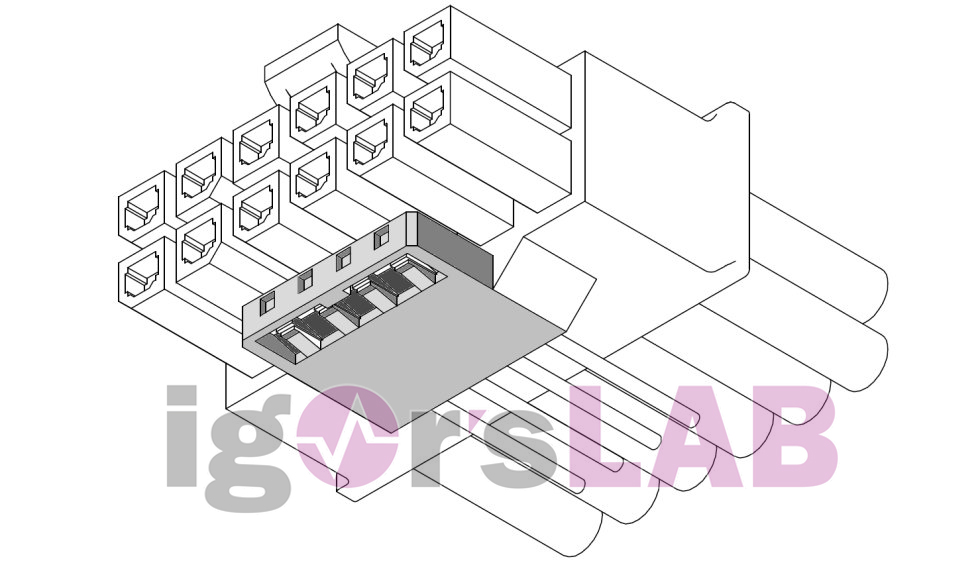 The 12 power supply connections, six pins each for the 12 volts and ground, are no secret. The 4 smaller ports at the bottom (highlighted in grey in the picture above) are quite tricky, though. In fact, the introduction of the 12VHPWR power supply connectors adds four optional sideband signals, three of which are already assigned to defined features and are not supported by the conventional 2×3 (6-pin) and 2×4 (8-pin) power connectors.

The two optional sideband signals, SENSE0 and SENSE1 (S3 and S4 in the table), provide a mechanism for the add-in card to sense the limits of the connector’s initial allowable power and the connector’s maximum allowable power for the cable and power supply. However, currently only SENSE0 is really finally defined, while SENSE1 is supposed to serve as a kind of reserve for future extensions. SENSE0 therefore defines the maximum power limit, i.e. the maximum power supported by this cable. To ensure safety, the respective card developer is responsible for ensuring that the power drawn from the cable never exceeds the limits specified by SENSE0 (and later SENSE1), even if an erroneous message is issued by the PCIe protocol (Set_Slot_Power_Limit or Power Limit PM Sub State mechanism).

But this “Initial Permitted Power” is only valid for the time period of the system startup and does not yet define the respective maximum power that can be demanded from the power supply. With 450 and 600 watts, respectively, this is significantly higher. However, what we also see is the fact that the lack of specification of SENSE1 does not allow for any of the two other planned wattage levels of 300 and 150 watts. So as long as SENSE0 is open, the power supply MUST be able to deliver at least 450 watts on this port, which virtually rules out many current power supplies even via adapter solution, if one would strictly follow the specifications.

Since they are obviously trying to establish this connector with all their might at least on the upcoming high-end and mid-range graphics cards according to PCIe 5.0 standard, it will probably come down to a kind of two-class society in the power supplies, where everything below the 300-Watt limit must continue to be supplied with the 2×3 or 2×4 connectors. But this is a fragmentation that you hardly want and especially for newer products requires a minimum size of the power supplies, which you might not want. Sustainability? We’d better forget it, it’s never going to work like this.

Incidentally, this optional sideband signal is intended to support the system’s power management and must not be used by the add-in card to determine the power limits available to it. These are controlled exclusively by the signals SENSE0 (and later perhaps also by SENSE1). And if you think even the old 6-pin connector (2×3) doesn’t have a sense pin, you’re wrong. because it’s actually three 12v wires and two grounds. Pin5 in the top center is actually a sense pin that you connect to ground to indicate the required power capability. The fact that it is then also used as a full-fledged ground line at the same time is of course logical, but it is actually only a sideband signal. But we know something like that from the spare pin at the PCIe slot, which is often used as a fourth 12V line, but was not specified in this function.

15 things you don’t need or should better not use at all
LG OLED55 G19LA in practice test as gaming and desktop monitor? Annoying hurdles including workaround (dimming and flickering) as well as Ambilight for little money 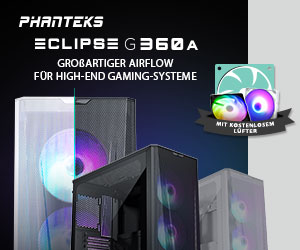