After we already tried to set new standards in semi-professional measurements for reviews of case fans with some reasonable effort, I would like to present you the next project today, which is close to completion. Together with Bernhard Baumgartner from CrankzWare we are currently building a digitally controlled TDP measuring station, where we will later be able to generate exact power dissipation (i.e. waste heat) of up to 250 watts and also keep it stable to the decimal place.

We deliberately do not work with heating cartridges or resistors (that was the first plan), but with special semiconductors, in order to achieve a really precise and, above all, not so sluggish control, with which even clearly defined increases in time can be simulated at the end. The necessity arose also from the large number of necessary tests, because you will surely have noticed that I have suspended the tests of the heat conducting pads for the time being. No thread in the world can withstand hundreds of attempts without damage, and in the end I simply ran out of the original spacers, which have to be completely replaced after each pad (up to 5 installations) for the sake of accuracy. 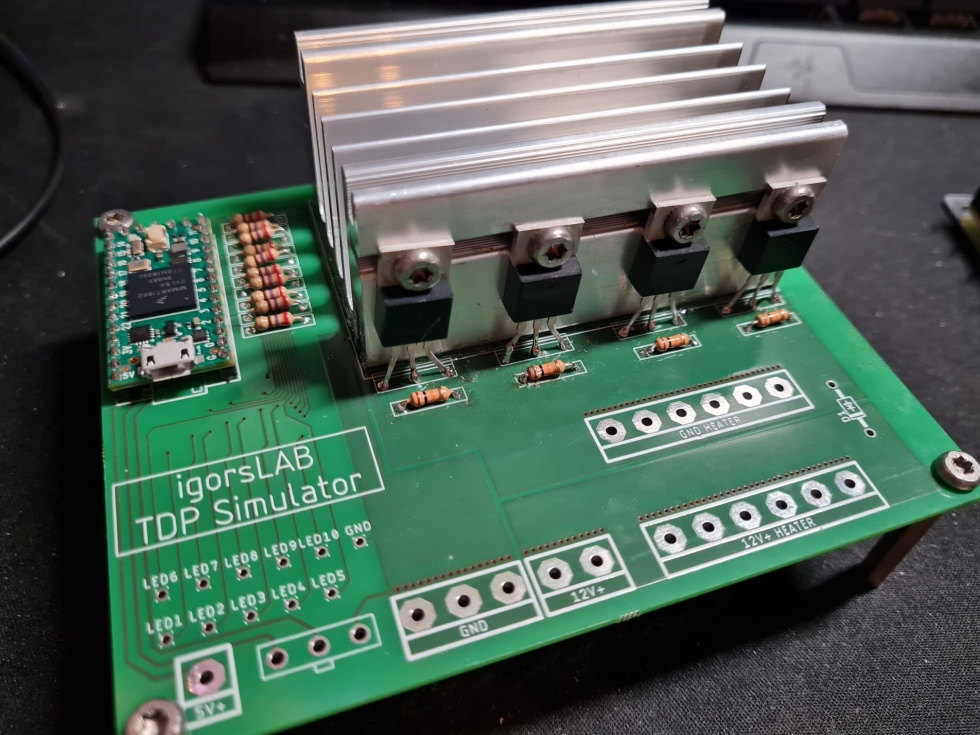 Here, my special thanks go to Bernhard, who in the meantime has designed and implemented a PWM-controlled control system. Using various attachments, we can later simulate different distances and pressures, mount water blocks or coolers directly and also test radiators with a reference cooling block and chiller, where clearly defined amounts of heat can be added to the water circuit. These stations can also be cascaded, so that higher outputs can be implemented in the end. 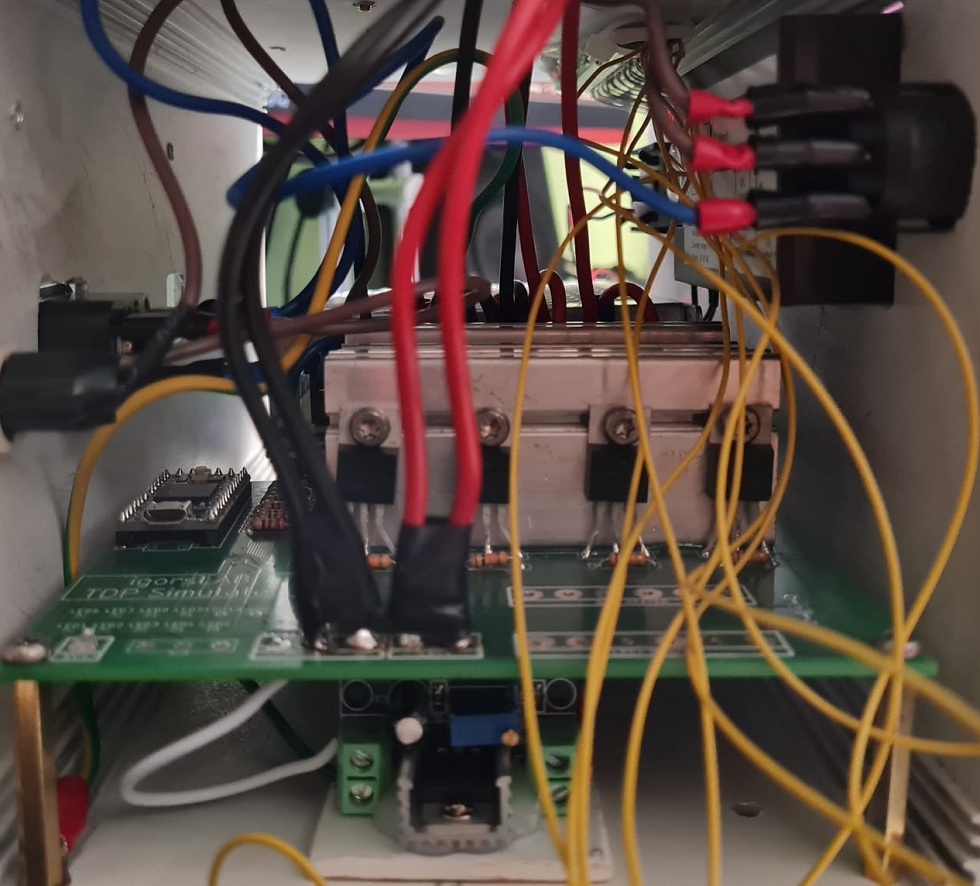 Currently we are still in the late alpha phase, but everything is already working quite well. Now we have to do some fine tuning and calibrate the whole thing later with the help of a professional TIM tester after the final check. Then it should also be possible to determine the thermal resistance of the heat conducting pads quite accurately and also to make a better adjustment due to the different distances and pressures. And bleeding at very high heat flux densities should also be able to be simulated. I’m sure my power company is rubbing their hands together here. 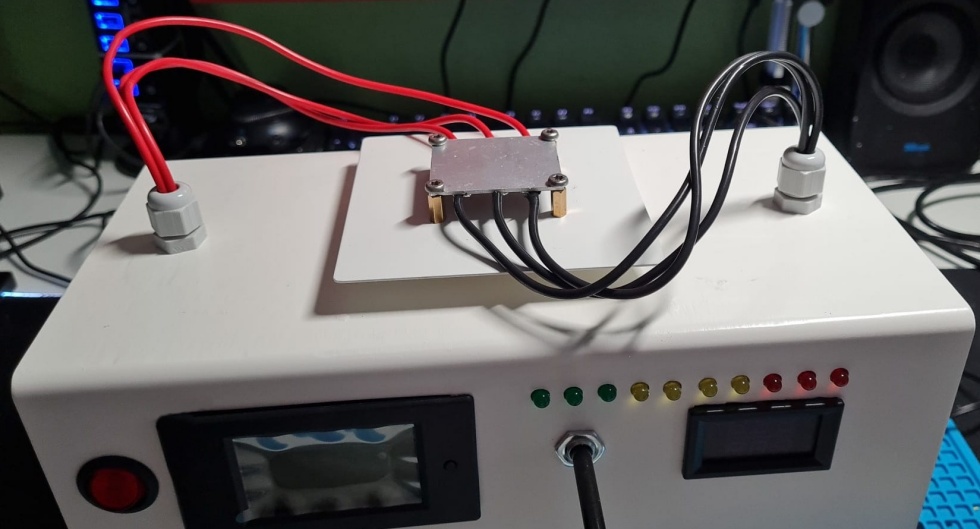 Optical tuning is of secondary importance, because these are objects of daily use that must also comply with certain basic principles of durability and safety, both thermally and electrically. What has not been installed cannot be broken. By the way, we deliberately chose the white, because it allows me to note down the respective runs and their parameters next to the samples in the test with a wipeable sharpie, for example, which the laboratory camera can then easily record as well. This saves the hassle of paper stickers.

After the completion we will of course publish an exact construction diary and also disclose the construction including methods and calculation bases, because transparency is logically also part of it. However, the core of the whole thing remains our trade secret, of course, because copy & paste is understandably not what we want in the end.

Riders in the storm: Fractal Design Torrent RGB Review – Airflow test with four 180mm fans as a follow up
Plenty of reasons for a short break – Prague on foot as a challenge