Those who value data security will certainly like today’s article and the video of the hot stone. We are publicly destroying a not quite cheap 980 PRO 2 TB SSD today on behalf of Samsung’s warranty department. The correspondence, which I have shortened and anonymized in the article for legal reasons, also shows why it absolutely had to be a video for evidence.

The keyword is data protection and the resulting special services, which are almost gaga, but what the heck, you also have to understand both sides. On the one hand, there is the customer who insists on his warranty, and on the other hand, Samsung as the manufacturer who naturally also wants to make sure that not everyone dusts off a new SSD on the cheap and tricky. But let’s return to the chronological sequence of events and simply follow the process without emotion or bias. And yes, you need a lot of patience, because Samsung has set the hurdles very high for certain reasons. 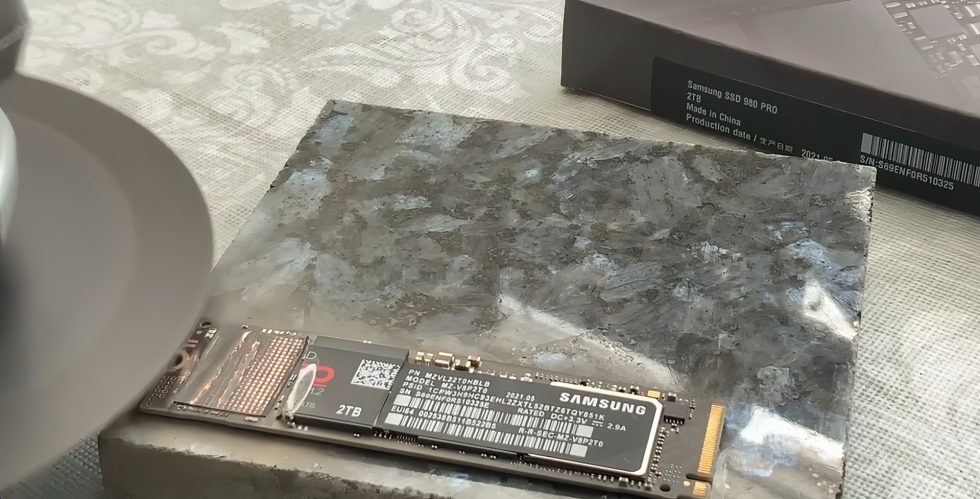 RMA ping-pong, a total loss and our lovely data protection

If I become active in certain cases of our community, then on the one hand to help and on the other hand also to satisfy my curiosity. Today’s topic also shows that some things, including data protection, have simply not been thought through to the end. Samsung cannot be blamed for this at all, because I do not believe that even one customer has insisted on the security of his data so far. But one can and should actually do so. And then even the legal department of a global player hits the skids.

As always, the first step is the official RMA and the filing of the claim. As a customer, you then receive nice text modules with an explanation of how to proceed. This ranges over many details up to the serial number, purchase receipts and the screenshot from Samsung’s software.

Read, done, the SSD was really gone. If you look at the red clusters like this, the death of the SSD is already just before the threshold of the bedroom here and the term data grave gets a completely new meaning. Exactly all this was now sent to Samsung and the customer was joyfully expecting an answer. After all, such a conversation with automaton texts does drag on a bit. But eventually an answer does come. 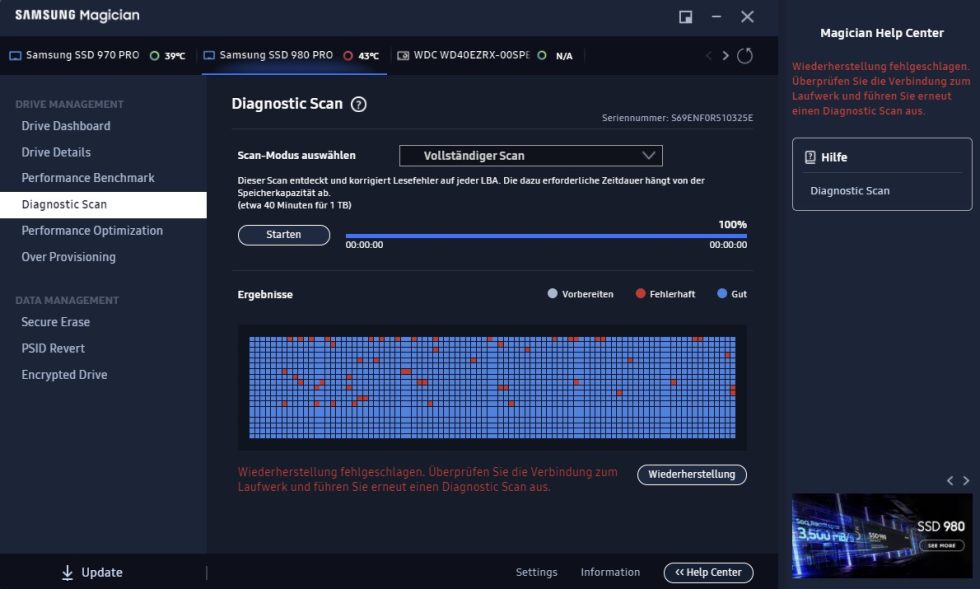 And now? Now data protection comes into play! But even for such stubborn customers, a text module is already available that explains the exact procedure.

And I would also like to note that in addition to the normal correspondence, there were also some telephone calls already at this point, which I also do not want to quote here for legal reasons. You don’t do that, even though it’s enlightening that even companies like Samsung seem to still be somewhat unfamiliar with this matter. You should drill holes or destroy the SSD with a hammer and send the sight as a photo in advance so that the RMA department knows what to expect after opening the package. Well, you could have saved yourself the hammer and drill and sent it via Hermes, the damage would probably have been the same.

Nevertheless, this still has nothing in common with data protection and the secure destruction of sensitive data. After all, there are also data forensic experts who can read out individual memory cells if necessary. Therefore, the customer offered Samsung to document the destruction of the data carrier via video and also publish it for viewing in order to finally be able to complete the RMA process. You can read whether and how Samsung reacted in a moment. Please scroll once (because of the algorithm and my ebefalls broken SSD). Thanks 🙂