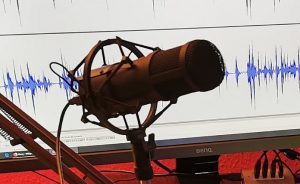 With the Speedlink Volity Ready, Speedlink wants to bring a USB microphone with swivel arm mount and various accessories to the podcasters or streamers of the world, so that their voices are also heard accordingly. So far so good. But how does this set for an EIA of 130 euros and a street price of 111 euros still compare against a 79 Euro podcast bundle, in which the included the t.bone SC 440 USB microphone is even offered for less than 50 euros?

Now we know Speedlink more as a provider of low-cost systems, how does such a price-free offer fit into the portfolio? Not at all, but I don't want to spoil anything here yet. Of course, there is always no question about the balancing act between ambition, price and reality that you have to create as a provider. Nevertheless, we will probably have a word to say in the end. Before that, however, I unpack the complete set.

Scope of delivery and installation

You get a USB microphone with pop protection and nylon speaker panel, a swivel arm for the table mounting with pre-assembled USB cable, a separate table stand and an extra USB cable, because this cannot be removed from the swivel arm. There is a kind of manual that doesn't actually deserve the name because it doesn't really describe anything that's really useful. Unfortunately, the user also learns nothing about the real technical data.

The part is quickly plugged together and the installation of the spit protection for the speakers can at least be taken from the packaging. One might think, but I have an interesting assessment of this later. The swivel arm is almost unsuitable for vertical microphone operation, because it is far too small. This obscures the field of view in the direction of the monitor. At least for streamers, this option is pointless. In my test "Blue Yeticaster – Freedom for the desk and the perfect microphone for podcasters, Gamer & Co?" I showed how to do it better, where the swivel arm really deserves its name.

Tear Down and Technology Analysis

The microphone makes one on capacitor large membrane, at least visually and externally. Nevertheless, I smelled the roast and disassembled the part. By the way, the manufacturer of this set is Maono Technology, one of the usual Chinese OEMs, who of course also delight the market with their own products. But as always, you get what you paid for. Let's start with the board. The OEM has completely saved the preamplifier, there is a lot of free on the PCB, which could have been used and equipped. The ADC relies on a Realtek ALC 4042, which in itself would not be a bad choice if an equivalent input device were also connected here. But that's where things are.

Instead of a neat super kidney in large format, a small 16 mm electret capsule with a rather high self-noise, which should have a kidney characteristic, is installed instead of a neat super kidney. But that's not really true, because with comparative measurements the whole thing resembles more like an omni-directional ball with only a very slight dent on the back. Easy, but not a real kidney in life. There is, of course, no question that this has consequences for the construction. Stupid only that the back is suddenly the new front!

The capsule points towards the back and whoever speaks from where the logo is emblazoned is completely wrong. Kidney? There was probably someone with their eyes. Apart from the fact that this USD 2 capsule shouldn't have lost anything in this price range, it's also misaligned! For all the love for the small price, this is unfortunately simply wrongly built. And it should not be a random assembly error, because the use is well secured by nose going a twisting.

The light must also have risen At some point At Speedlink, because you read on the homepage, well hidden in a folded spoiler, then this sentence: "In both cases, make sure that you turn the microphone with the side in your speaking direction, on which the Speedlink logo is NOT located. This is the only way to profit from the kidney-directional characteristic". Oh, well, well. Of course, this could have been changed in production. But you have to want it. And to add it: it makes almost no difference, because real kidney sits differently.

I also read various reviews after the measurements and especially looked at YouTube. So either, I got a completely different product, or the test results are there bar any reality. I do not want to insinuate anything to anyone now, but without having tested and heard comparable models, the usually euphoric results can only be justified by a very below-average claim of the test person to himself and the environment. And yes, we have a device from the area of more than 100 euros in front of us, which must also be measured against this price.

Screwing on the table is easy. But the positioning is quite uncomfortable in the vertical area and the bite protection it is no less. I left it out, because you really only need something like this with real, polarized large membranes and not with such a tiny capsule. You can also put a llama in front of the mic, it will not technically make any difference. The spider for body sound decoupling does it quite well, only with the alignment I have some problems. Vertical hanging or standing is difficult to adjust and if you assume that the capsule opening points where the logo is printed on the mic, you have already lost (see tear-down). Or you can get through to the truth on the website. 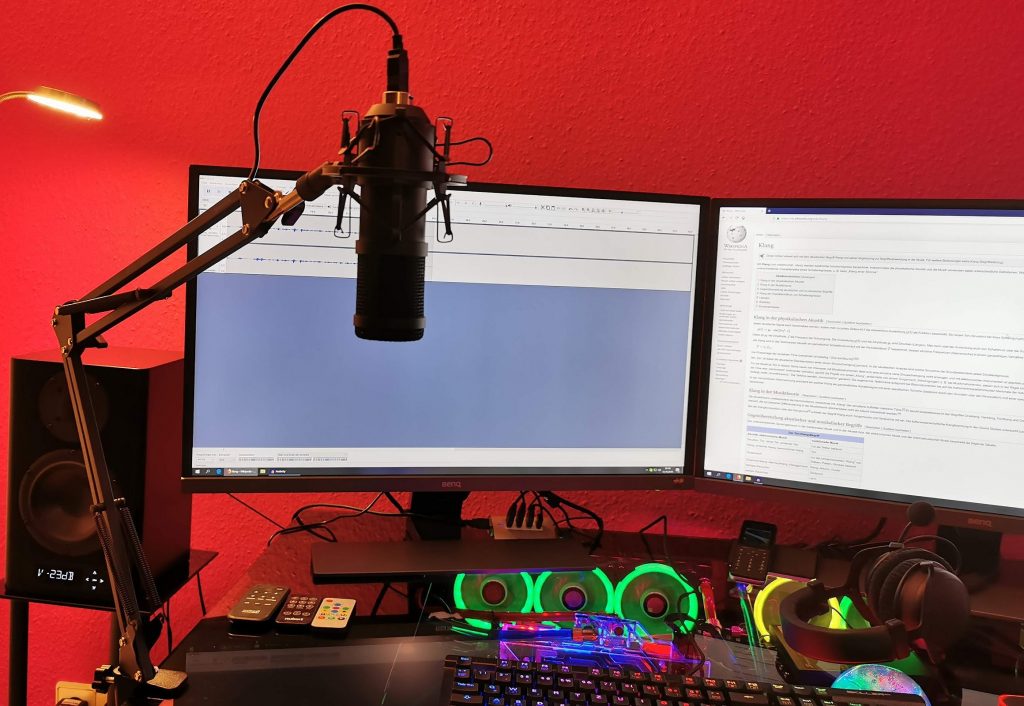 In the end, I opted for the classic speaker position (see next page), because the sound was still the best there and above all almost everything was perfectly suited ergonomically – undisturbed field of view on the monitor included. On the next page there is also the hearing test and the test recordings for comparison. This time, however, I could not measure the microphone, but unfortunately the level was too low and in reverse the noise was too strong. This means that it is not possible to measure serious frequency curves. But even when listening alone, it quickly becomes clear what I have actually tested here.