One can only attest one thing to the fan operation: absolute equality! The assumption that the smaller cooler would need more revs to keep up has once again been very impressively disproved with this measurement. It also underlines that the new cooler works partially even better than the cooler of the old PS5 under the same conditions. You can only congratulate the engineers at Sony. 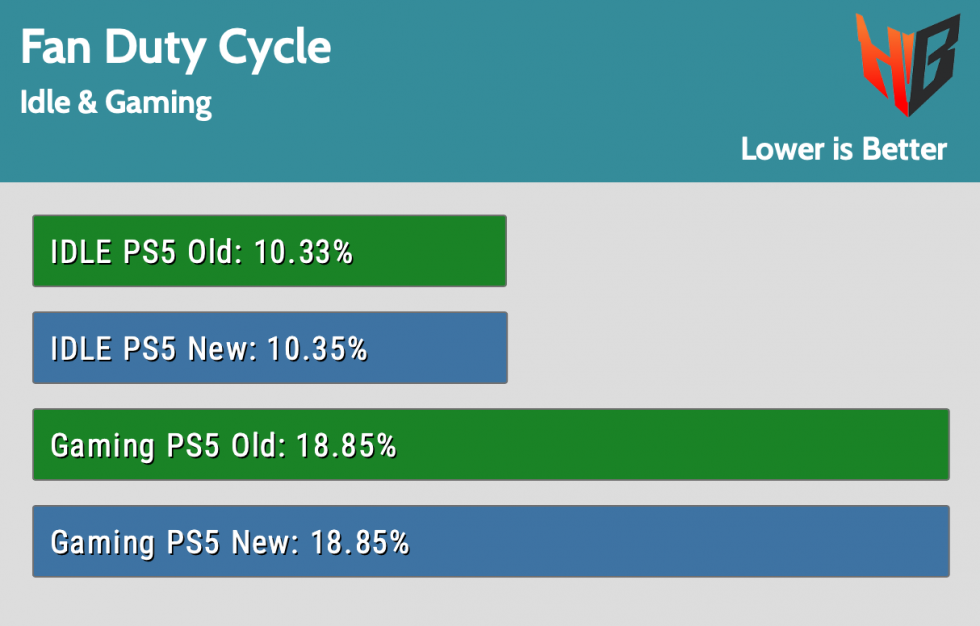 The noise level increases by a moderate 1 dBA at the same fan load, which also tends towards measurement tolerances. Subjectively, one can hardly or not at all distinguish between the two and there is still what was said at the beginning. Chapeau, that’s all there is to it.

Everyone had better do what they do best. Casual entertainment, which in any case has its raison d’être, and technical analysis, which also allows real and objective judgments, because you can also prove them. Superficial conclusions are dangerous and not only harm the tested product, but they are also a slap in the face for all those who are directly or indirectly involved in the construction of such devices. Just because engineers did a good job and were able to achieve real optimization, don’t put this in the wrong picture. Not out of technical ignorance either.

It’s a shame that Evan’s video slips so grandly past the heart of the matter. Then one can rather recommend Aris’ video, which is more serious and renounces flippant comedy, but offers real facts.  If I (Igor) were Sony, I’m sure I’d have come up with something funny for the “punisher”, because Sony knows about entertainment, too. How about a little fact-beef? I still have some popcorn in the stash. Salted.

And before I close this article: you should reward people like Aris once in a while. There’s already way too much mainstream. Like and subscription don’t hurt, but are a fine compensation for the many hours spent in the lab. 🙂