Let’s now turn to the power consumption, which definitely has a few surprises in store. As long as the new PS5 is running in non-gaming modes, the power consumption is either close to the old PS, at homescreen and a bit more load it shows that the new version is even more efficient than the old one, consuming almost 8 percentage points less power! 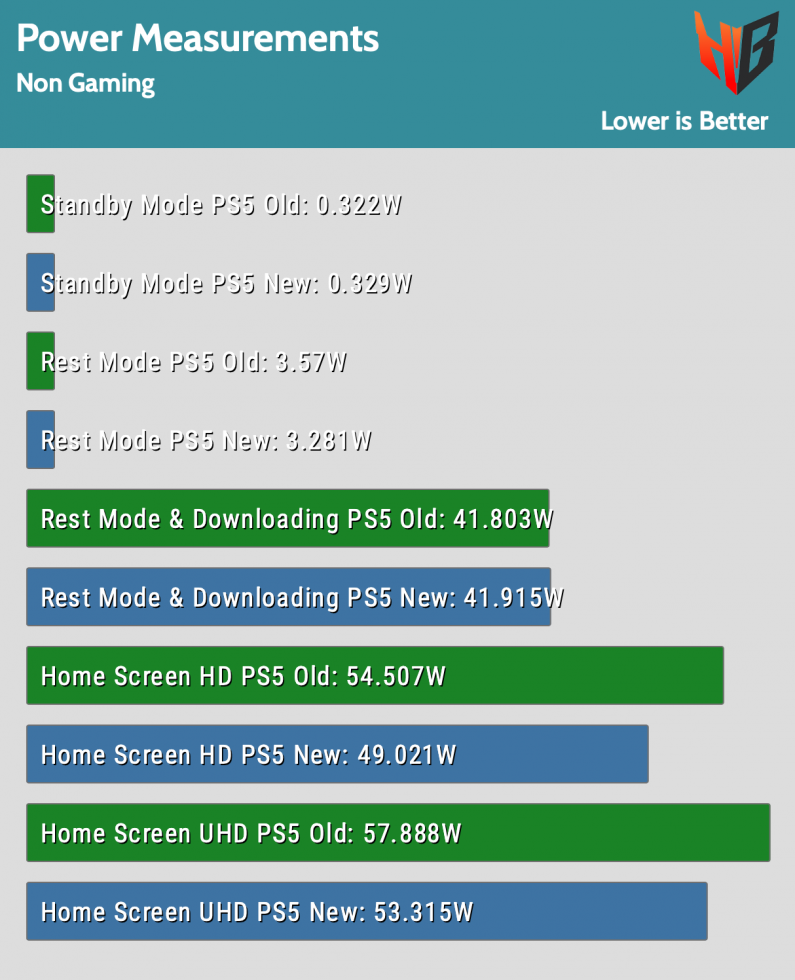 In RTX gaming and in Full HD, the two PS5s are actually almost on par, with the difference being a negligible 0.8 percentage points or less at most. You can already move that into the tolerance range. 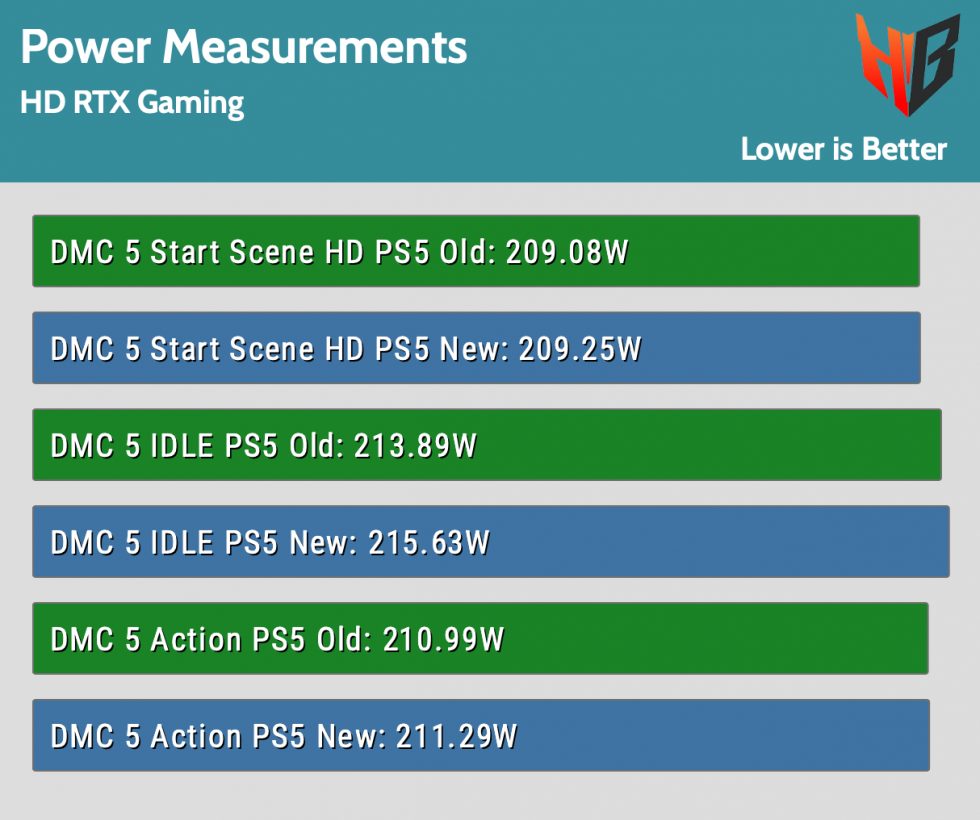 In Ultra HD, the new version requires between 1 and 4 percentage points more than the old version. However, there are reasons for this and without wanting to spoil anything: the APU is cooler and can also clock higher. From that perspective, the new PS5 might even be marginally faster than the old PS5, especially in UHD! 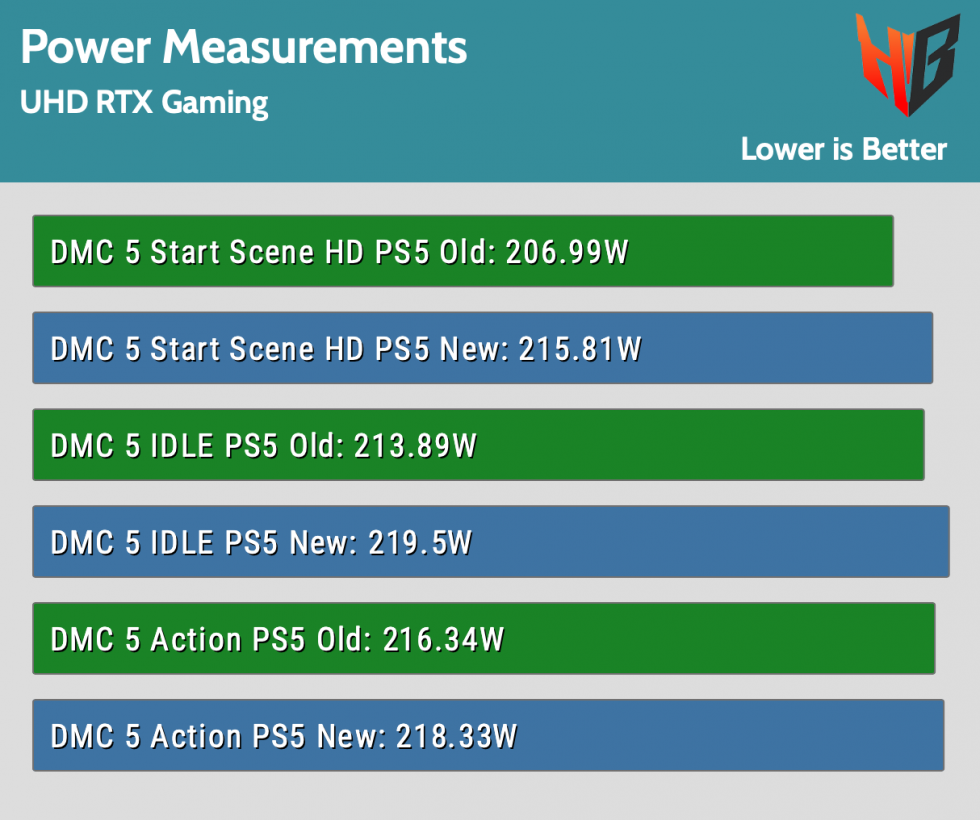 
Now for comparison once again the new model: