We had already shown where the respective temperature sensors were placed inside. Here I have the whole thing again in direct comparison and the left side is as always the new PS5, right the old one. By the way, if you miss the RAM in the listing, I can reassure you. Clamping probes between the memory module and the thermal pads below the heatsink is a bad idea, because the cooling works a degree worse. We have tested this and found it to be questionable because it is too inaccurate. The values would be significantly higher than in real operation. 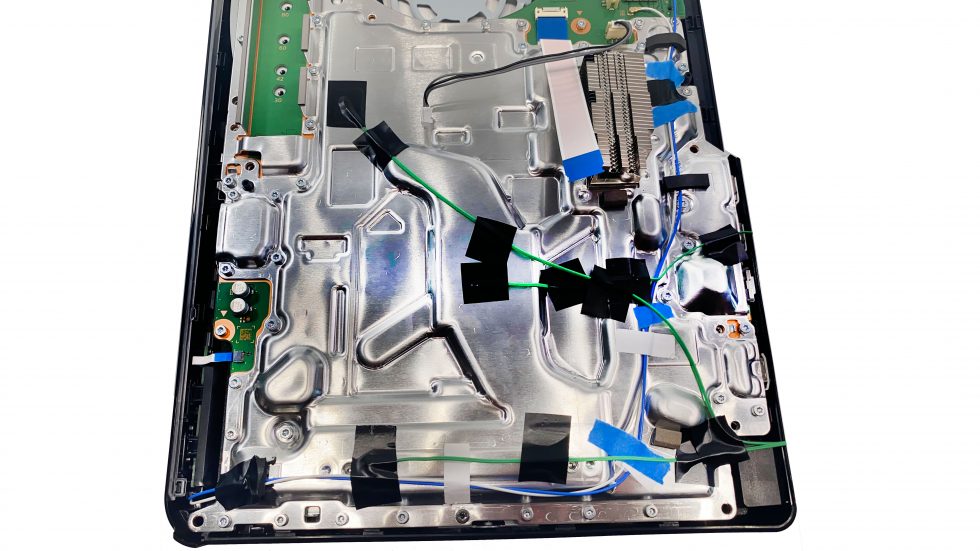 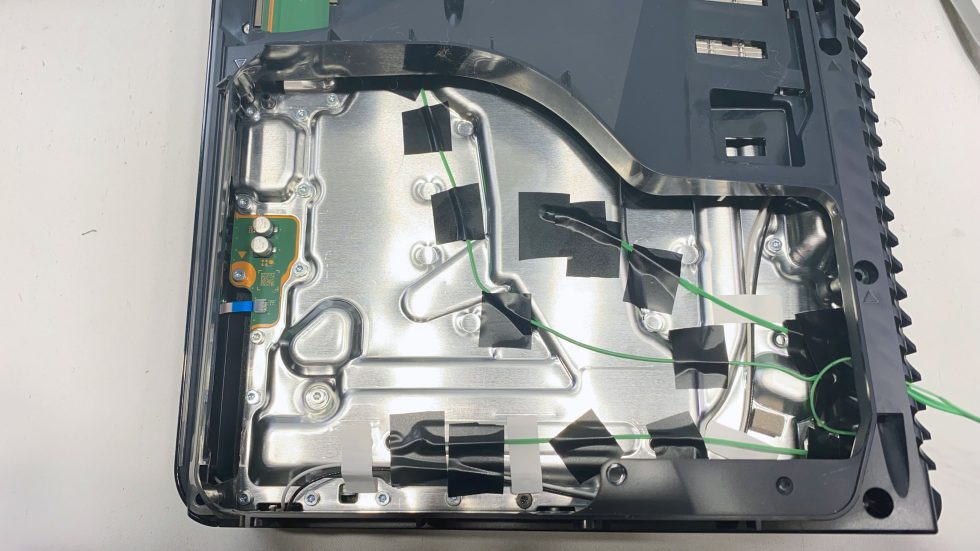 From the outside the cabling looks like this and you then connect the whole thing to a suitable data logger: First, let’s look at the temperature evolution as warming continues. We can already see here that the supposedly bad cooler keeps the processor over 10 degrees cooler! This is almost a small galaxy and the 27.6 percentage points almost have the character of a small sensation. The NAND memory (partially labeled as Memory in the charts) does suffer a bit and gets over 7 degrees warmer on the new PS5, but still remains in the perfectly safe range. The voltage converters of the new PS5 are not even 1.5 degrees warmer, only at the air outlet it is about 2.4 degrees more.

So we see that NAND cooling has gotten a little worse, but APU cooling has gotten a lot better. However, since clock and temperature always play a big role in AMD’s processors, one can conclude that the redesigned cooling could also be aimed at a slight clock increase. In any case, it is not worse, but actually much better, because here the priorities have been set right again. 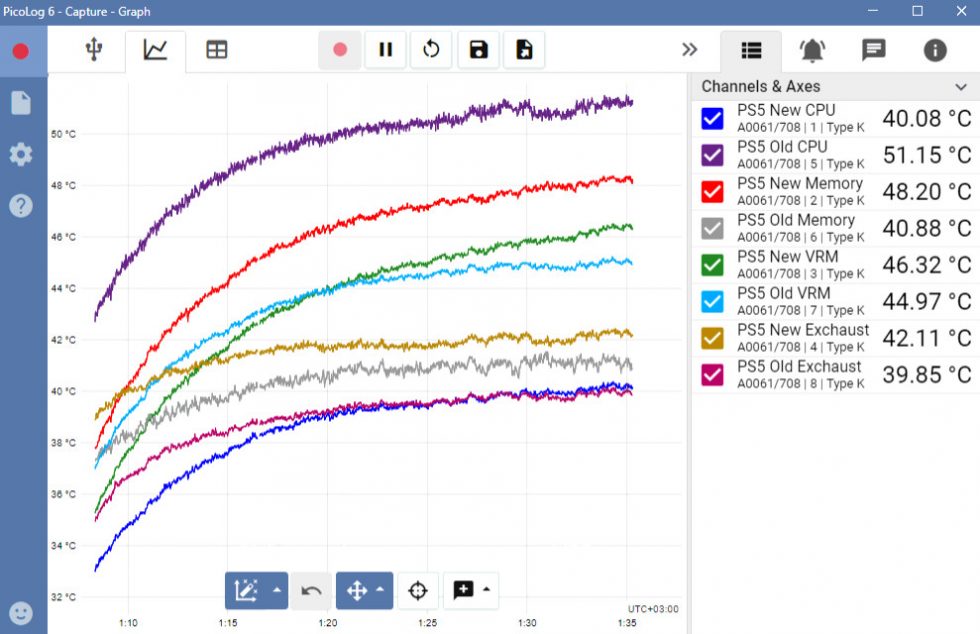 Let’s compare the final temperatures after heating again as a clearer bar graph. Of course, the assessments just made apply here as well. So, the new cooling solution can be said to perform better, not worse, and it was this very fact that prompted Aris’ video and today’s article. You can really only judge a product if you have actually tested it, everything else is superfluous and wrong. 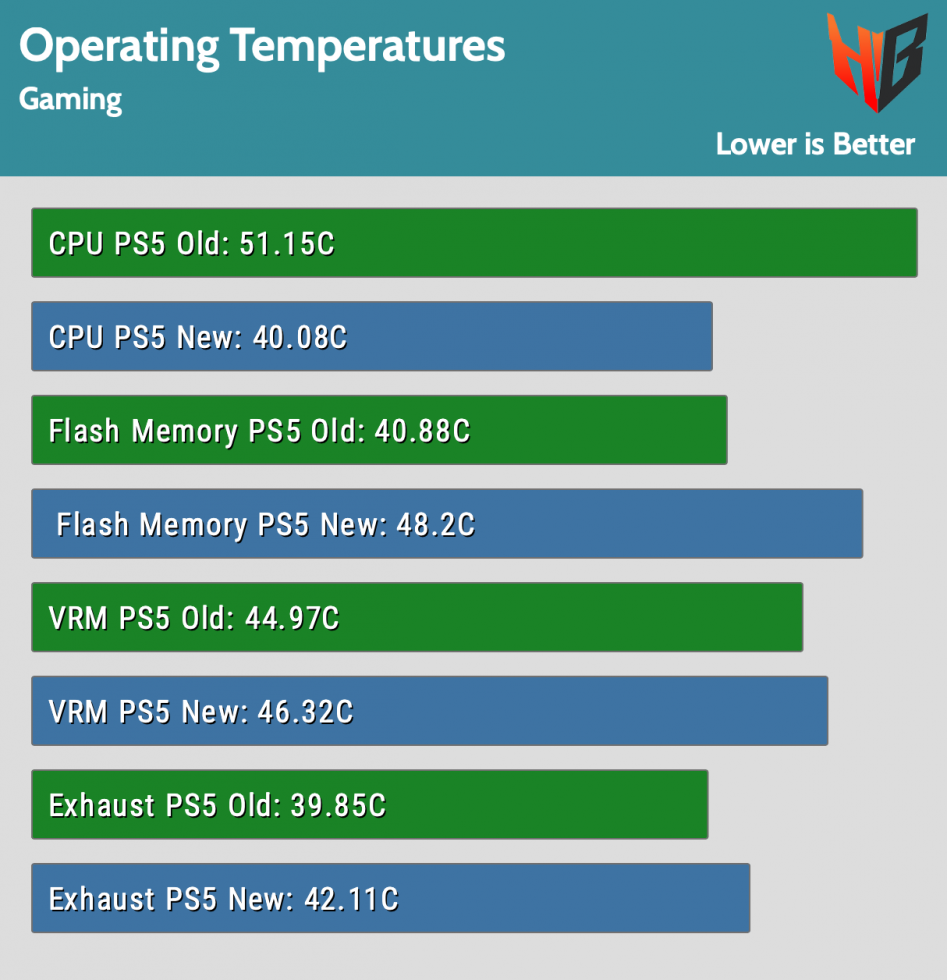