Today we are testing a Palit GeForce RTX 2070 Super Jetstream, which should not be confused with the well-known RTX 2070 SuperJetsream. The poor manufacturer now suffers a little from Nvidia’s all-encompassing general super-super-supersification and many miserly bargains quickly turn out to be super-confusion. But since the long-established model series was not so easy to rename, one introduces the super-speak break as a breathing exercise. RTX 2070 Super (pause and air pick) jet stream. Go!

Otherwise, the part is a real buzz that has never thought of dieting. The cooler with a rich swimming ring celebrates here an expansive 2.5-slot design, whose cooling potency can be glimpsed at the sight. Let’s see what happens. 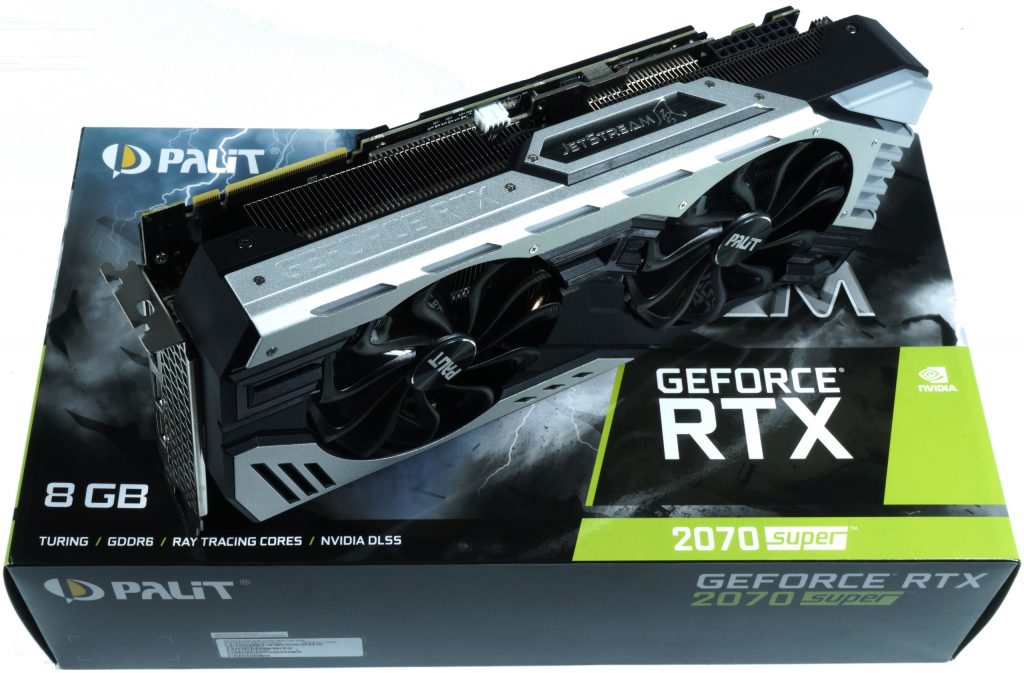 The TU104-410 of the GeForce RTX 2070 Super is reduced to 2560 CUDA cores, 320 tensor cores, 40 RT cores, 160 TMUs and 64 ROPs compared to the full version TU104-400 on the RTX 2080. The number of GPC (Graphics Processing Clusters) varies between 5 and 6 depending on the chip and type of recovery. The card will have clock frequencies in the range of 1605 MHz (base clock) and 1770 MHz (boost) and can thus simultaneously deliver up to 9 TFLOPS computing power. The 40 RT cores can deliver about 7 giga-rays per second in ray tracing performance.

Like the RTX 2080, the RTX 2070 has super 4 MB L2 cache. Otherwise, everything I have already written in the launch articles for the GeForce RTX 2070 FE and the GeForce RTX 2060 FE applies. And if you want to find out more about all the RTX features in detail, please refer to my long basic article “Nvidia GeForce RTX 2080 Ti and RTX 2080 – what is really hidden behind Turing” on the subject of RT. This, too, is read-proof and certainly worthwhile.

The TU104-410 also receives the same 256-bit memory bus as the TU104-400, which has eight 1 GB GDDR6 memory modules with 14 Gb/s data rate, resulting in bandwidth of up to 448 GB/s. As with the GeForce RTX 2080, NVLink support is at least active with one link, which makes the card a little more attractive, because the RTX 2070 was not allowed to use this feature.

The 545 mm2 chip chip contains 13.6 billion transistors. Compared to the GeForce GTX 1080 Ti with its 12 billion Transistors on 471 mm2 may seem like a lot, but we must also remember that the chip is cropped and large parts lie fallow.

The palit card weighs 1283 grams and measures a proud 29.5 cm from the outside edge of the slot panel to the outer edge of the radiator cover. With 12.5 cm from the top of the motherboard slot to the top edge of the cover, it is relatively high and also the installation depth (“thickness”) of 5.5 cm makes it a real thick ship of the 2.5-slot armada. The radiator cover made of black ABS with the light metal applications and the translucent light strips with RGB backlight look pleasing. The metal baking plate is not only purely optical in nature, but also helps with cooling. 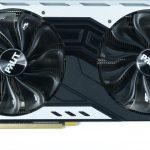 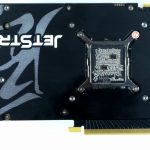 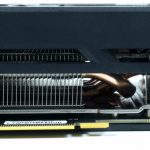 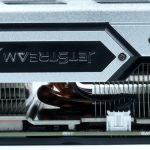 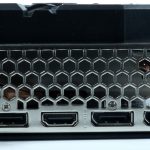 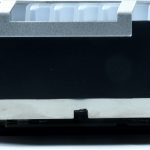 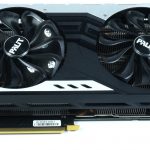 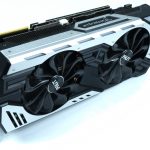 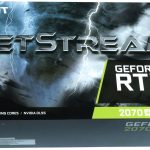 The slot bezel lets out a smaller part of the warm exhaust air directly, as the cooling fins are horizontally aligned. However, the rest disappears as usual in the depths of the housing. With a DVI port (digital only), a DisplayPort 1.4 and an HDMI 2.0 port, there are enough variants to connect to the monitor.

A first overview of the electrical data here is the latest version of GPU-Z: 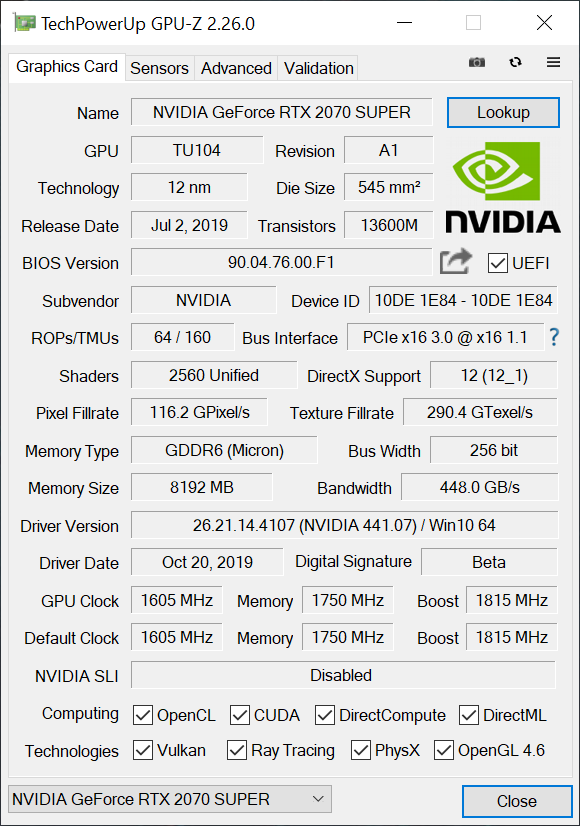 The overview of the relevant comparison maps then looks like this:

Elegant transition and also a view of the test system, which this time relies on AMD’s socket AM4 and X570, Intel’s socket 2066 on the X299 and the socket 1151 including Z390. I used only tried-and-tested boards from MSI (X570, Z390), as well as Aorus (X299). The final question of what to do with RAM has long been a matter of concern to me. Should I run the 32 GB DDR4 on the same clock as the processor manufacturer specifies in the specs, or should I run all CPUs with the same clock?

The 32 GB extension is new and fits the velvet system. I have listed this tabularly again in detail: