The card, when cool enough and the GPU load doesn’t exceed 50%, boosts to 1920 MHz (so about 200 MHz less than the RTX 3080). However, this is a kind of fair-weather boost, which then collapses from 1710 MHz down to about 1695 MHz as the temperature rises in my very extremely demanding test game. Thus, it is only 30 MHz higher than what NVIDIA officially specifies for the boost. However, this also leaves the question open whether NVIDIA did not save too much on the cooling, since already tested custom models can usually do a much better job.

The memory can easily be overclocked to over 20 Gb/s, but it already shows a performance drop before reaching the stability limit, which is probably due to thermal throttling. Micron has implemented such mechanisms by default. Those who really want it should stay just under 20 Gb/s, because the GeForce RTX 3090 FE also stays within this range. Not without reason, I’m sure. However, the power limit can be used to the fullest and set to a maximum value of 400 watts, a whopping 50 watts more. It just doesn’t do much good, unfortunately.

But if you really want that, you should think twice with this cooler, because as tolerable as it may be in normal operation, with 50 watts more it really has to fight for survival, which you can hear very clearly. My GPU tested here could not even be overclocked more than 200 MHz stably, which then resulted in about 105 to 120 MHz more clock after warming up. Effort and benefit? Well – the usual dog-tail principle, because more waste heat causes the boost clock to drop again. 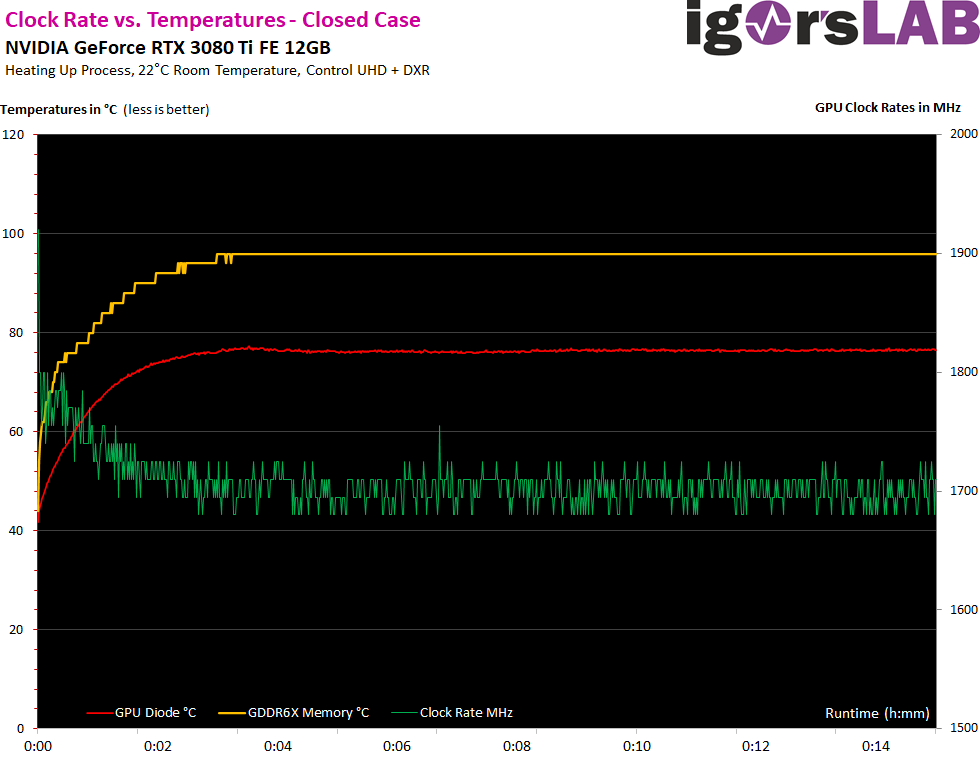 Now let’s move on to the recording with the high-resolution infrared camera. The PI640 from Optris has a true 640 x 480 pixel bolometer and records at up to 30 FPS. Here I use the normal lens and calibrated film with a known transmittance, so that I can de facto see inside the closed housing. I leave the backplate on, because it cools at least the voltage converter and protects the memory indirectly. Let’s first look at the GeForce RTX 3080 Ti FE from today: 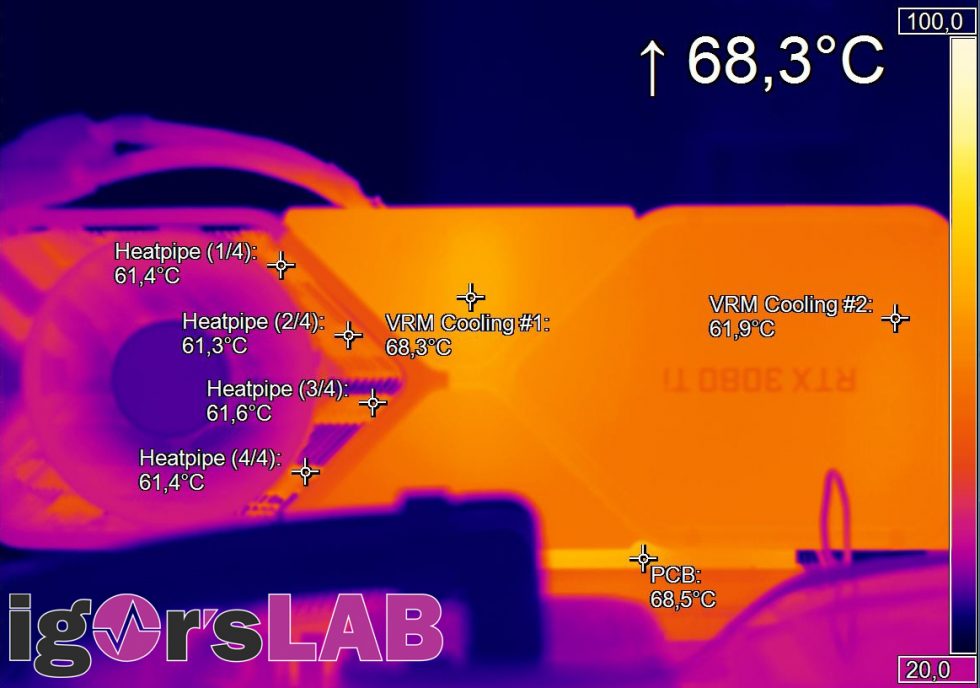 Comparing the picture above now with the GeForce RTX 3080 before my pad mod (picture below), you can see something very interesting! In fact, the backplate as a cooler of the VRM areas works really well on the RTX 3080 Ti FE (above)! Together with the up to 200 rpm more fan speeds, the heatpipes also stay about 3 degrees cooler, while the card in the lower picture shows a slightly different overall picture despite 30 watts less waste heat. 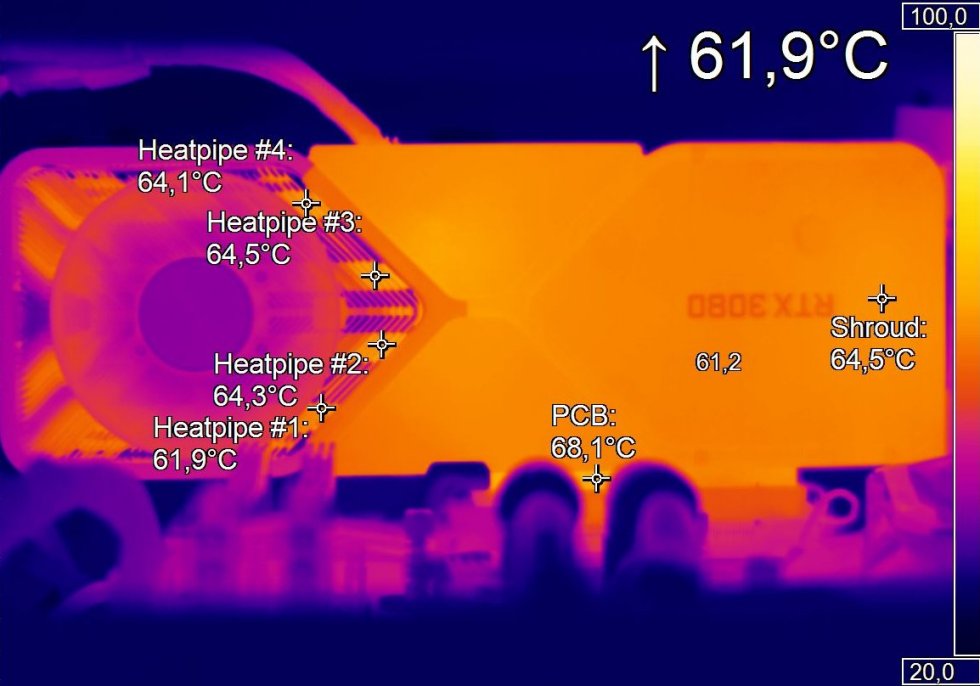