You know I’m not a fan of limitless energy waste that the mining boom keeps pushing to new heights. It’s no secret that a new GeForce RTX 3080 Ti has its difficulties with Etherum and that it’s hardly worthwhile with this card here in Germany due to the lack of efficiency. That was to be expected. But what about all the other coins that have mushroomed, and not just lately? It’s mainly niche currencies like Ergo that could well get a fair amount of traction in the near future. 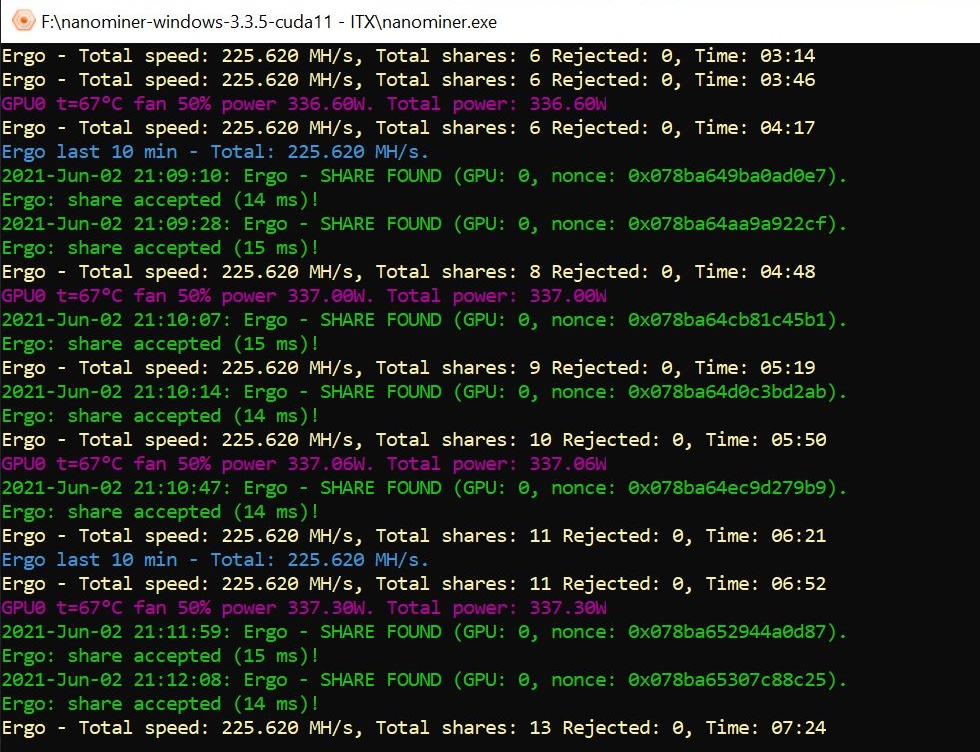 A tip from the forum has brought me then for a long time again to a self-experiment. A GeForce RTX 3090 FE manages around 229 MH/s with plenty of 340 watts of board power. The MSI RTX 3080 Ti SUPRIM, which is currently in the test system, still manages its 225.62 MH/s without memory optimization at 337 watts, which strongly suggests that there is no hash brake working here.  All of this, in turn, leaves me (and I’m sure many gamers) with a rather teary eye, because undercutting a few currencies does almost nothing for their masses.

The casual miner will probably just switch, with the big farms it will definitely be harder at the beginning. For even the small currencies become significantly and rapidly more complex as more actively turn to these calculations. You could test whether the coin of your confidence also slips so easily through the filter. You could also contact me via PN or write an email. And yes, it would have been too good to be true. 🙁