When it comes to the topic of latency, you often hear/read that adaptive sync technologies are supposed to have a negative impact on latency. Hmm? If you try to explain it to yourself, it could well be. Let’s say you have a 144 Hz monitor with FreeSync or G-SYNC and you’re beaming it at 300 FPS. Which, yes, means that sync technologies are now kicking in to match the 300 FPS to the 144 Hz. Here it could be now that the software or the hardware influence the system latency to the disadvantage. Whether this is really true, as one hears and reads in some forums or YouTube videos of this world?

Let’s just take a closer look at that in this article! First of all for clarification, the system latency is what I measured here or in the last article. The server latency is integrated here as a partial product. Unfortunately, I have little to no control over server latency. So if you have a good DSL, cable or fiber connection and set the RegEdit entry – Dword: TCPAckFrequency = 1, you should have pretty low server latency here. However, those who gamble over the mobile network may experience significantly worse server latency. Unfortunately, Germany is a developing country when it comes to broadband Internet. But at least we pay the most money compared to other European countries, for the worst network coverage. There’s something to be said for that!

First of all I would like to refer to the already published articles of Igor concerning Nvidia LDAT (click here) and my last article about Nvidia Reflex (click here). In a way, both of these form the basis for another part of my series of articles on latency.

Before we get started, here’s the test system: 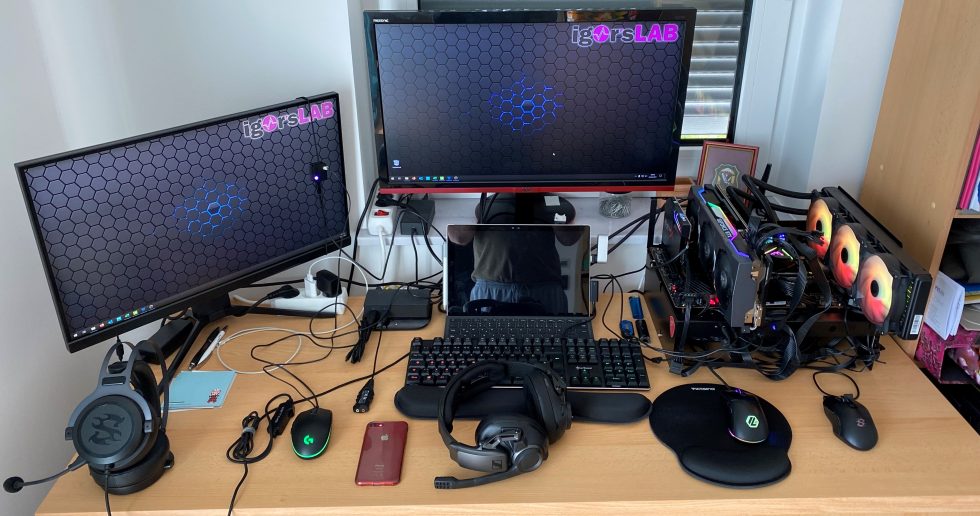 The driver settings are basically the same as in the article about Nvidia Reflex and Boost. Only difference, I turned the G-SYNC setting on and off to see any possible differences! I have V-Sync enabled/disabled in the game. With the MSI Afterburner I raised the power limit of the RTX 3080 to the maximum. (see picture) Here you can also see the used Nvidia driver version 465.89. 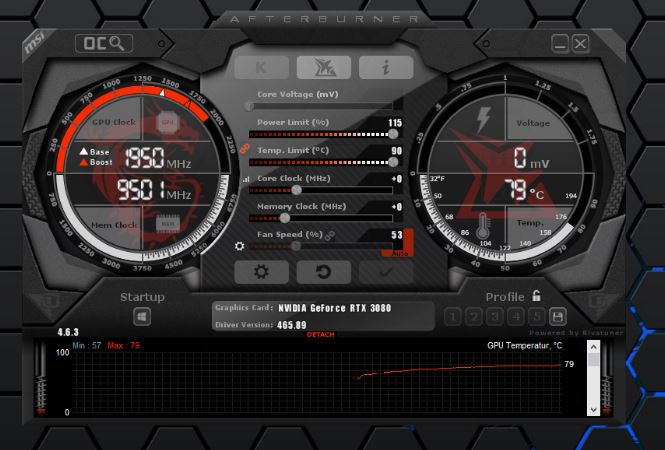 Windows was up to date at the time of the measurements and the settings regarding games and graphics are the same as in the last article (Nvidia Reflex).