For once, we’ll start the week with a news article as a description of the current state and a preview of what you can expect from tomorrow onwards, which has already robbed me of the whole weekend. The fact that there isn’t a full test article today is simply due to the amount of tests running in parallel and indirectly also due to Intel, whose graphics drivers can drive you crazy. But more on that in a moment. First of all, in this context, I would like to announce our official “launch” of the Gunnir Arc A380 for Wednesday 07/20/2022 at 12:00.

Gunnir Arc A380 Photon 6GB in the test lab: one card, many questions

I write “our” and not “my” because there are four samples of the card in Germany, which were imported on private initiative and which have already been teased by us in the social networks. At this point, of course, my special thanks also go to the man in the background, without whom something like this would not have been possible. One sample went to Computerbase, one to Golem, one to a forum member from the 3D Center and one thankfully to me.  And since we all want to test collegially with each other and not against each other, we have agreed on a common time when we will all go online at the same time. And we also agreed on the content in order to complement each other and not to overlap in a big way. Everyone does what they do best. That’s why you should also read the other two articles on Wednesday to get a really full picture. They are colleagues, not competitors, and so I can save myself, for example, the sprawling third repetition of the technical basics, which others can do better anyway, because I lack the patience for such things. 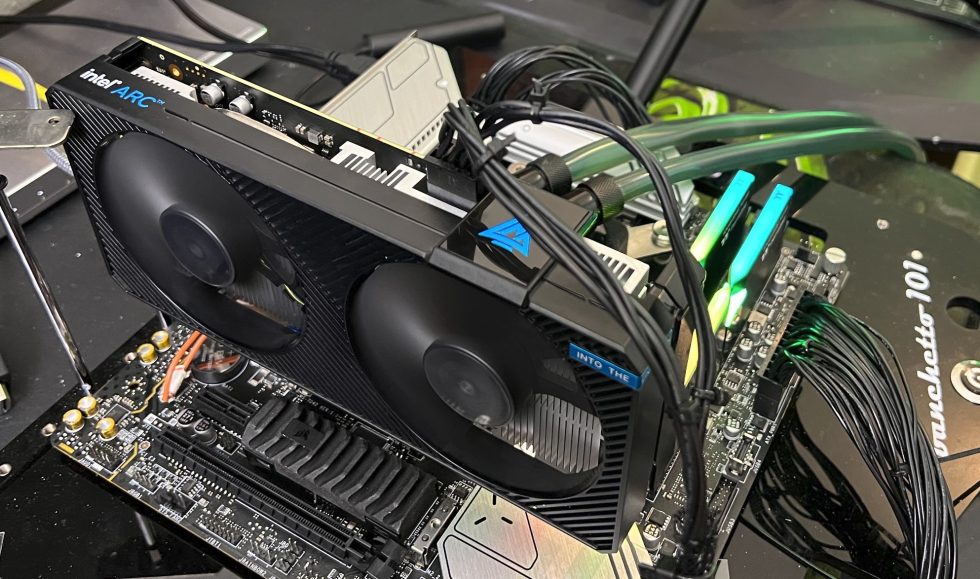 And now briefly back to the drivers, even though I don’t want to anticipate the article on Wednesday here, of course. However, since I already had the DG1 in the test, I naturally also tested the Arc A380 in 720p, just like a Radeon RX 6400 and a GeForce GTX 1650 as well. Keyword: driver overhead. In addition, there were time-consuming crashes in the workstation area and the realization that you can also overclock the Arc A380 if it’s not enough for gaming. Of course, you’ll find out all about the launch whether this is useful and whether the socket will bend. And then there was also something with the variances… With this, I’m keeping the tension a little high, because there’s still something to come before that. 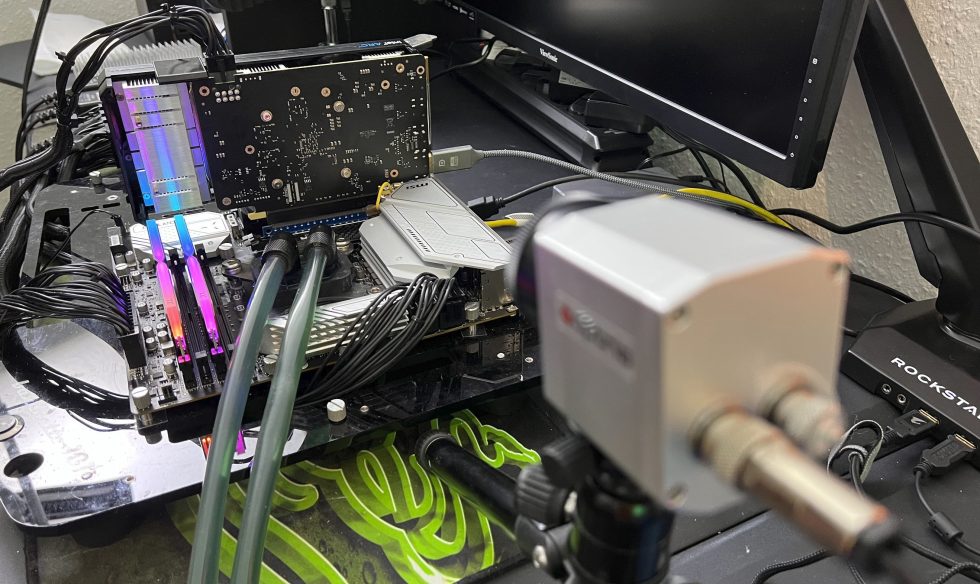 Speaking of suspense, Intel is now really becoming a pass-through for the ex-PR speakers of the competitors. After Chris Hook (ex-AMD), Tom Petersen (ex-Nvidia and ex-side-kick of Jensen) now gets to spout his ex-and-hop wisdom as the new side-kick of Intel’s Ryan Shrout (ex-PC Perspective). And as his boss has always wanted to say “no one has ever talked about an Arc A780”, it would all be just rumors. Well. The Arc A770 is actually quite sufficient as a mirage, no matter which competitor’s card it doesn’t beat…

On Friday, I briefly introduced you to the new metrics of our fan tests and the associated measurements. By the way, the living test object was not the Phanteks T30 from this deliberate article, but a fan whose review can be read on Tuesday from 13:00, i.e. tomorrow. We added the T30 as a plausibility test, to be on the safe side. And because there is an NDA on the be quiet! Silent Wings 4 (Pro), we have to bow to the marketing schedule. And you can already tell that my head and fingers are glowing, because there is also a GeForce RTX 3090 Ti Founders Edition behind me in the room, which also wants to be taken out for breakfast. 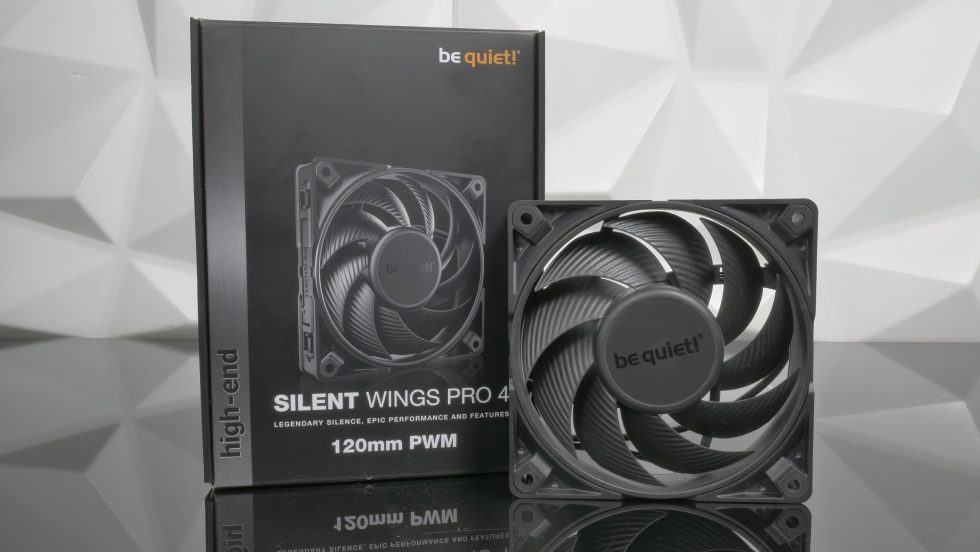 The fan review will arrive tomorrow and I can already say that it was worth the wait. No RGB, but plenty of power. That’s all there is to it at this point for the time being.

Ronaldo from TecLab once again couldn’t help himself. With lots of LN2, he overclocked a standard Galax (KFA2) RTX 3090 Ti (no HOF) to such an extent that in the end even far more than 1300 watts flowed through the 12-pin alone, which is actually only specified for 600 watts. But a can‘t, doesn’t exist. And Ronaldo also wanted to prove to a certain star-YouTuber with his latest video that he rather doesn’t know what kind of nonsense he’s telling his believing followers, when he’s downplaying products out of ignorance (I don’t want to imply anything else there) and the day was once again way too long. 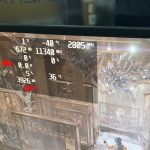 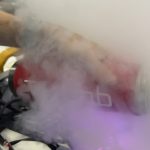 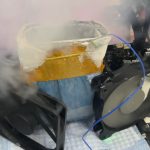 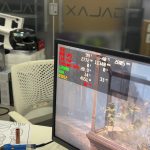 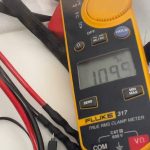 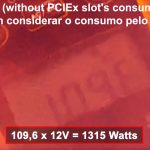 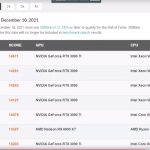 Without wanting to get directly involved in this in the media, but it is really pure nonsense that an optional additional fan attached to the graphics card would heat up the motherboard’s RAM. I measured it once just for fun – the fan even cools. That’s my 2 euro cents on the subject then. I have linked you to the relevant video of Ronaldo, who also mentions Aris and me in this context, because he is of the opinion that one must also stick together in Latin America when it comes to quality and truth. And after this introduction, there are the almost 1400 watts in the video, with English subtitles for better understanding. The measured almost 110 amps on 12 volts are still without the PCIe slot, because it was replaced externally, otherwise the motherboard would have died. There are then once again neat watts added…

As you can see, 1400 watts are definitely achievable, but Ronaldo couldn’t tell me which load peaks occurred. And if I’m being honest, I don’t even want to know. As you read this, I’m already back in the office finishing both articles. I have enough to do with that for now. Otherwise I’m looking forward to the next Computex and invite Ronaldo for a cup of LN2… 😀 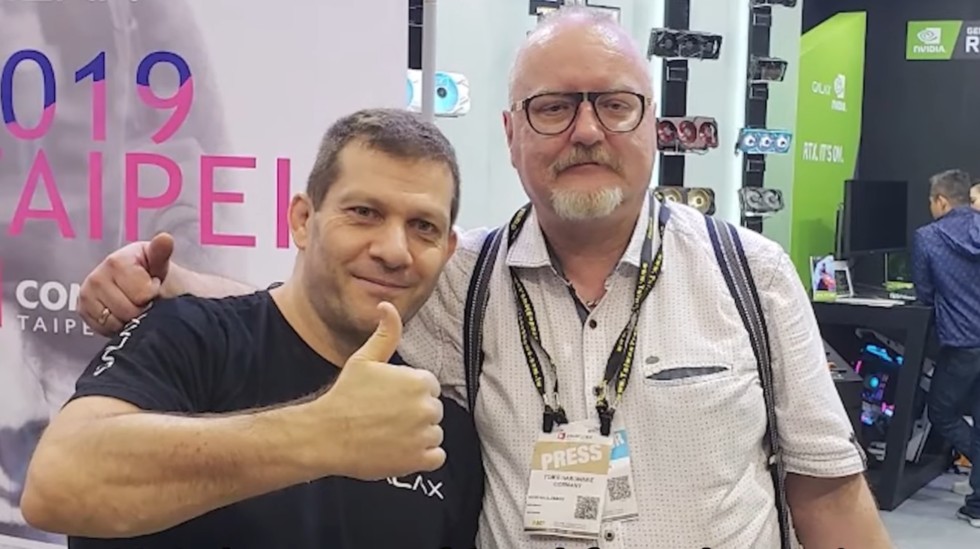